How to Gain ELO Points – 5 Tips and Secrets 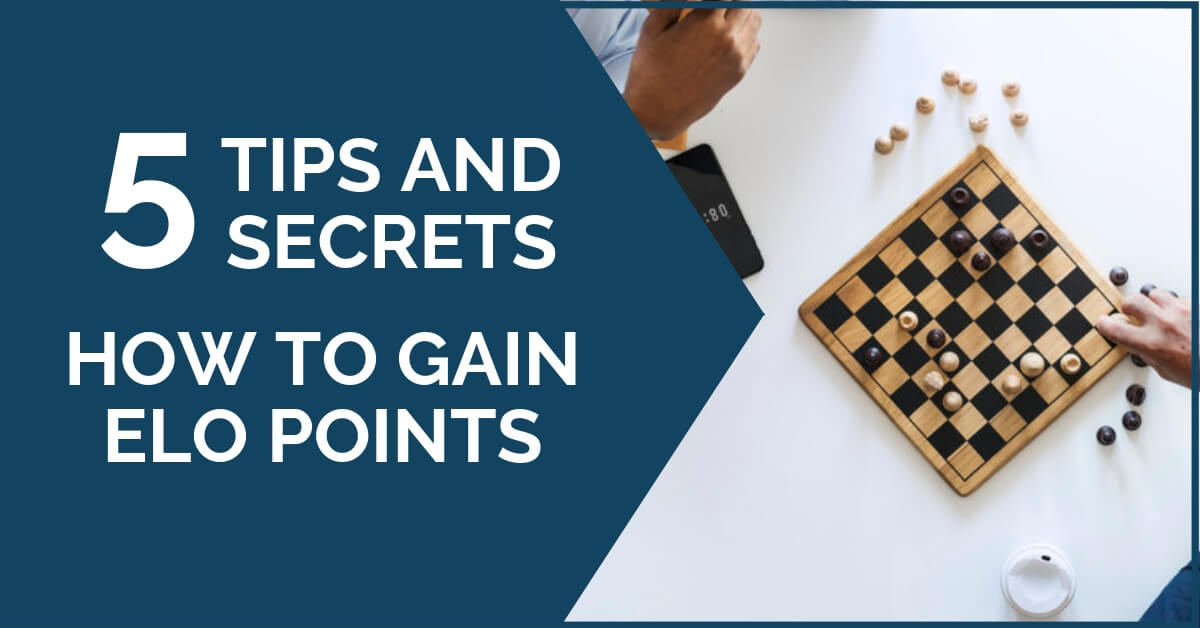 Gain ELO Points: Believe it or not, the title of this article is a frequent question among club players and aficionados. I’ve been asked this on several occasions while hanging out at the chess club. I couldn’t help but notice certain hopes for a “quick fix answer” as if there was a magic trick.

Well, obviously, there isn’t any shortcut to a higher ELO rating. It takes general improvement, specific training, and most importantly: constant learning. This means that you need to be always learning, not just train for a week with a master to get a result. In one word, consistency.

Once you do this you will see how your results will be positive and therefore hundreds of ELO points will be added next to your name. This is all rather obvious; if you train you to improve and if you improve you gain a rating.

However, it hasn’t always worked out like that. Despite studying hard and constantly, some players fail at the key games and experience a recurrent drought of good results in tournaments, mostly by losing winning positions, making unnecessary draws, etc. In my years as a chess trainer, I have learned that the reason for this phenomenon is the poor competition spirit. It’s more of a mindset than a lack of chess skills.

Here are some tips to improve on that. I have my own personal motto – at home, you learn and at the board, you COMPETE. It basically means that at the chessboard the only thing that matters is to score, half or a full point will depend on us and our opponent but we are not there to just “learn”. So it is important to be sharp and alert.

…Not on a possible result, not on ELO points, not on the opponent. None of these factors can condition your mood.

While solving an exercise at home you can take 20 minutes, but at the board, this is rather unpractical.

Zeitnots are one of the main reasons why aficionados lose games. I have played thousands of games against lower-rated players and the quality of their moves was excellent until they felt pressure on the clock. It’s best to avoid it. So, make a move!

It’s a good idea to see the opponent’s games in general and not only the opening he plays against your repertoire. Getting to know his personality through his moves will give you an edge on the chessboard.

If you do this, more often than not you will see how predictable the opponent’s moves will become to you. For example, if he has a conservative style, you will see that whatever dynamic problems arise in the game he will choose the more solid path.

This is perhaps the golden rule of rating points. Too many players focus on a great result against the stronger players. You can see how they elevate their motivation in that game to their maximum. This is great, but it is totally pointless if after beating or drawing a Grand Master they lose against someone with much less rating.

I’ve seen it happen too many times. The first step to consolidating your level is to reduce upsets as much as possible. If out of 6 games you beat 4 of your same rating and lower and lose against two much higher rated players, you still gain points.

Make this a habit. It is important to focus, especially in those games you are supposed to win.

Be in good spirit, always. No matter the result there is always the next battle.

There is no point in being negative about defeat and staying humble in the victory. We see big professional athletes lose and win every week on TV. It’s hard, it takes time. It’s about enjoying and doing your best.

We hope these pieces of advice will improve your attitude or your student’s at the chessboard.

Thank you for reading and as usual, feel free to leave us some feedback.

We also recommend reviewing 5 Things to Know: The Queenside Pawn Majority as well as 10 Reasons Why You Should Gain Initiative in Your Games.