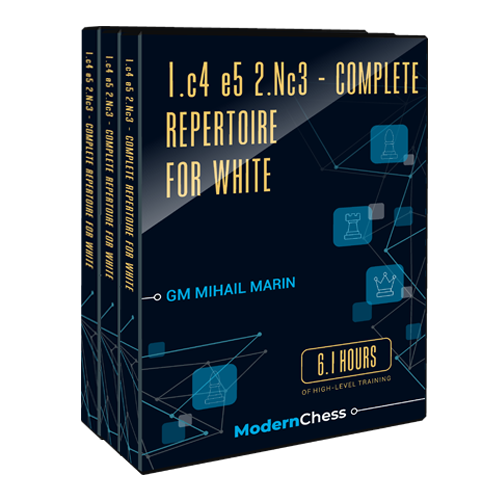 We are happy to introduce the newest opening project by GM Mihail Marin - 1.c4 e5 2.Nc3 - Complete Repertoire for White. This huge database includes 42 theoretical chapters, a Memory Booster, and a Video Version with almost 6 hours of running time. Additionally, at the end of the database, you will find 20 interactive test positions.

We are happy to introduce the newest opening project by GM Mihail Marin – 1.c4 e5 2.Nc3 – Complete Repertoire for White. This huge database includes 42 theoretical chapters, a Memory Booster, and a Video Version with almost 6 hours of running time. Additionally, at the end of the database, you will find 20 interactive test positions.

Below, you shall take a look at how GM Mihail Marin presents the course.

For more than two decades, the English Opening has been my main opening with White, even though over the past few years I have started to “sin” with 1.Nf3 and 1.d4 with a certain frequency. The critical test to White’s first move is supposed to be: 1.c4 e5. 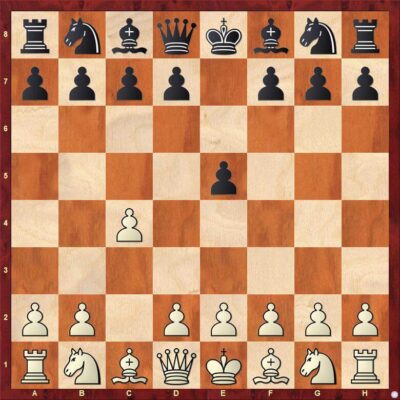 Black immediately starts the fight for the center. Pawns are the soul of chess and we can get a vague perception of the ensuing strategic plot. On first thoughts, White will set up pressure along with the long light diagonal, involving g2-g3, Bg2, Nc3, and, if allowed, b4-b5. Black’s main chances seem to lie on the kingside, where he can put his pawns into motion in order to create an attack. These are only part of the truth, though.

According to the circumstances, mood, style, or all these taken together, both players can alter the central structure with d2-d4 or …  d7-d5, respectively. In the repertoire suggested then, White opened the center on the first given occasion, staying away from the slow, static,  schemes. In a wider meaning, the repertoire examined now aims for the same.

For this repertoire, my suggestion is 2.Nc3. 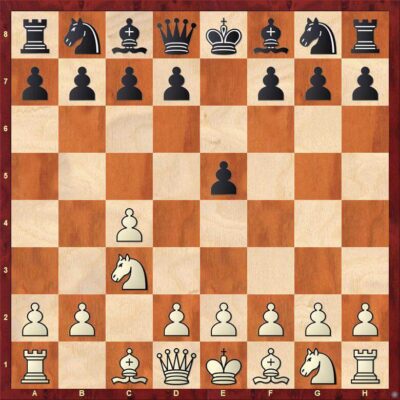 If White intends to maintain the possibility of breaking in the center, this is the most indicated move. In most of the lines below, the positions are characteristic for the opening starting with 1.d4, but they also feature dynamic elements, typical for 1.e4.

Even though I have played some of the lines examined here, my main weapon along the past decades has been 2.g3. This is a good move order, too, I have written books and recorded Video Dvds about it, but play tends to be more static and positional. Sometimes, one feels the need of widening the arsenal.

After 2.Nc3, Black’s main setup starts with 2…Nc6. Of course, besides this move, I cover all other options.

2…g6 and 2…f5 are relatively easy to meet. While 3.d4 is strong in both cases, 3.Nf3 followed by d2-d4 also works. One way or another, we stay fateful to the main philosophy of this repertoire.

The line with 2…Bb4 is a very popular and challenging alternative. 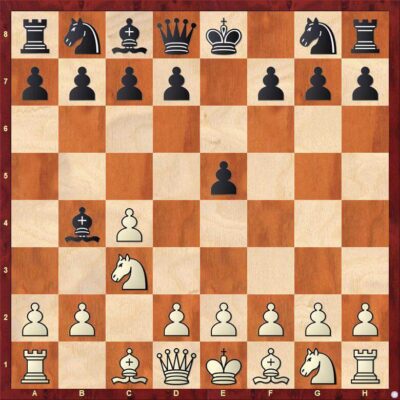 3.Nd5 reaches a  capital variation, requiring accurate play in order to retain a positional advantage. But if everything goes right for White, Black may be wondering why he had developed the bishop so early.

The line with 2…d6 is also an important section. I have suggested an original way of meeting Black’s wish to stay flexible. 3.Nf3 f5 and now 4.g3. 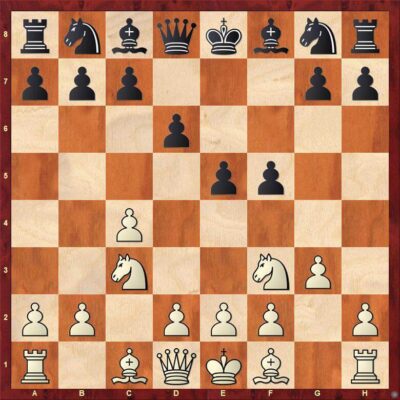 White maintains the possibility of breaking with d2-d4,  should Black commit himself with either …Nc6 or …a7-a5. If he does not,  then b2-b4 played without the relative loss of time Rb1, is likely to cause  Black persistent queenside problems.

It’s important to note that 2…Nf6 3.Nf3 usually transposes to the main bunch of variations, but I have examined a couple of independent lines, too.

After 2…Nc6 3.Nf3 Nf6 we reach the so-called Four Knights tabiya. Both players have developed logically, so there is no wonder that this is one of the most popular tabiyas in the whole chess theory. 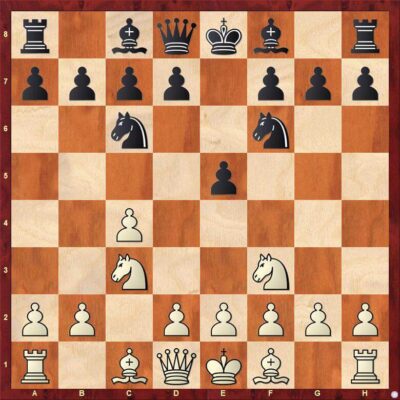 Both players have developed logically, so there is no wonder that this is one of the most popular tabiyas in the whole chess theory.

After 3…f5, we play 4.g3. This is not an invitation to the slow pattern, with White’s play focusing on the long diagonal only. White only delays d2-d4 until the most favorable moment.

3…Bb4 4.Nd5 and 3…Bc5 4.e3 lead to similar positions as examined above (without …Nc6). They offer both sides consistent play, but White is entitled to hope for at least a small advantage.

On the diagram position, my suggestion is 4.e4. 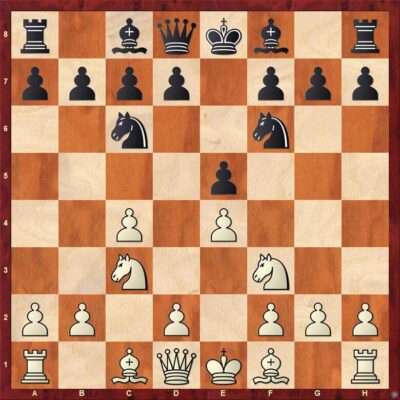 I had discovered the merits of this ambitious move two decades ago and recommended it to a friend of mine, who scored a few wins with it. I do not remember having used it myself, though. If Black reacts adequately, play can become very complicated, with interesting structures or/and lively piece play and mutual attacks. Over the past years, this system has been increasingly popular. One of its advocates is Jan Nepomniashyi.

Black’s most popular move is 4…Bb4. Against most other moves, White finally plays 5.d4, but Black has two main ways of preventing that. The last move leaves the discussion about the d4-square for later.

The move 4…Bc5 immediately increases the control over d4, just to lose it after 5.Nxe5. The resulting lines are complicated, but White has a fair chance to stay on the top by using the subtle details of the position. 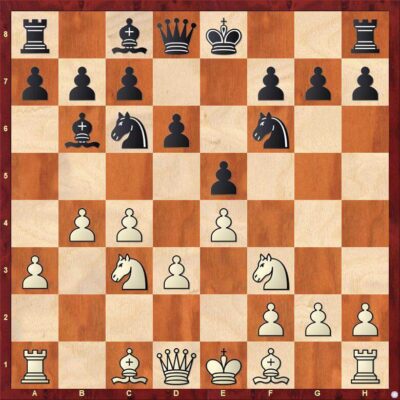 Black has reached a  position he was initially aiming for with 4…Bc5. The lost tempo offers White some freedom, though. Once again, the main issue will be preparing a kingside attack with f2-f4.

GM Mihail Marin is a Romanian chess Grandmaster and a very popular chess coach and author. Marin’s first major success in international chess was qualifying for the Interzonal in 1987. 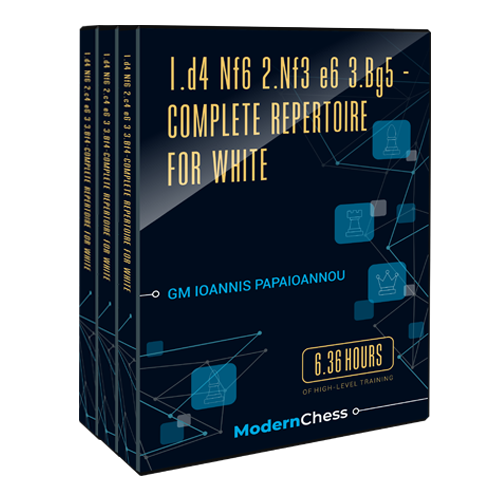 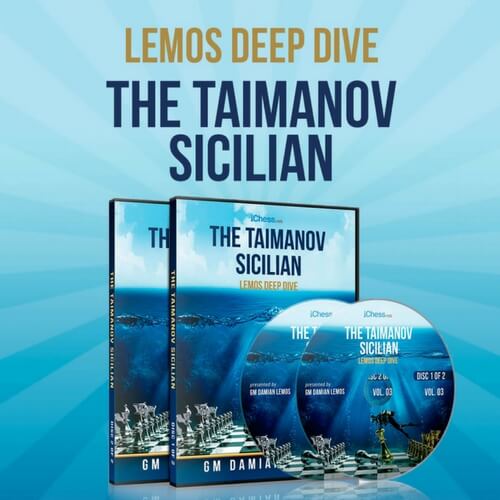 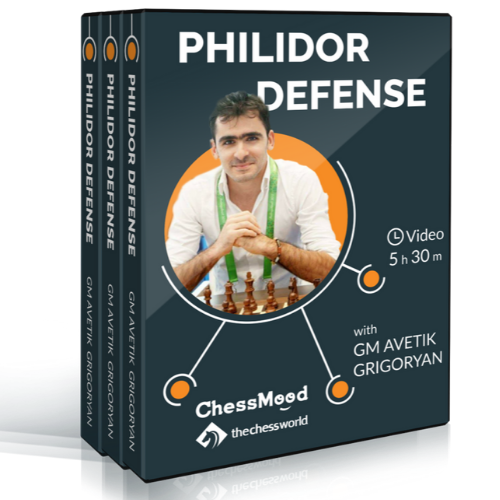 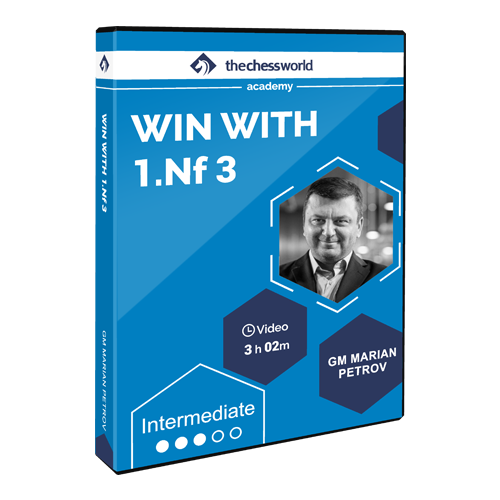 Modern Chess
Win with 1.Nf3 with GM Marian Petrov
$39.00
We use cookies on our website to give you the most relevant experience by remembering your preferences and repeat visits. By clicking “Accept”, you consent to the use of ALL the cookies.
Cookie SettingsAccept
Manage consent