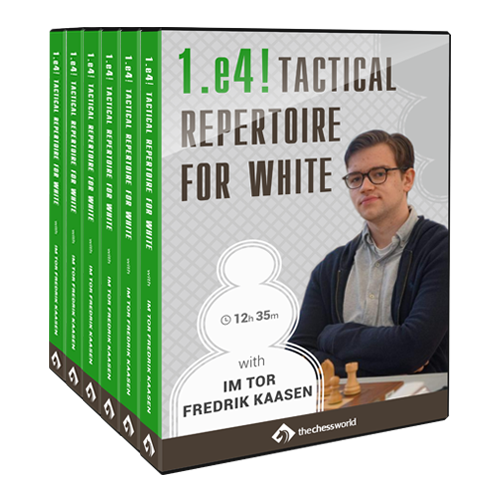 We managed to convince IM Kaasen to reveal the main reason for his success... and he recorded a 12.5-hour training giving away his entire Tactical Opening Repertoire for White after 1.e4!

There are two types of chess players out there…

Those who see an opportunity and take advantage.

And those who forge opportunities for themselves.

He became the third youngest IM in Norwegian history after Magnus Carlsen and Aryan Tari… came 3rd in a strong Norwegian Championship and recently secured his GM norm.

Today we managed to convince Tor Fredrik to reveal the main reason for his success… and he recorded a 12.5-hour training giving away his entire Tactical Opening Repertoire for White after 1.e4!

You’ll also learn how to fight off the sidelines like Scandinavian, Modern, Philidor…

When we say you get a complete opening preparation for White… we really mean it. In short, you will learn how to respond to every common move by Black.

is a 20-year-old Norwegian chess player. Chess is his passion and he enjoys sharing it with others. IM Kaasen started to play chess at the age of 8 and became the Norwegian under-11 champion in 2013. He became the 3rd youngest International Master in Norway when he was 15.

IM Kaasen is working hard on becoming a Grandmaster and recently scored his first GM norm. He is a very theoretically-orientated player with a good sense of dynamics. IM Kaasen is also working as a coach and most recently started as a National Coach of the Norwegian women’s team at the Chess Olympiad in India. 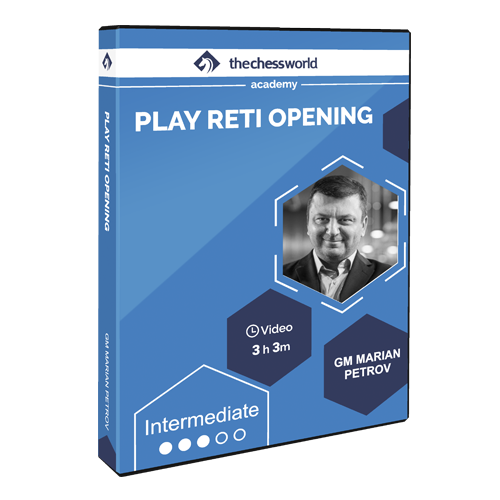 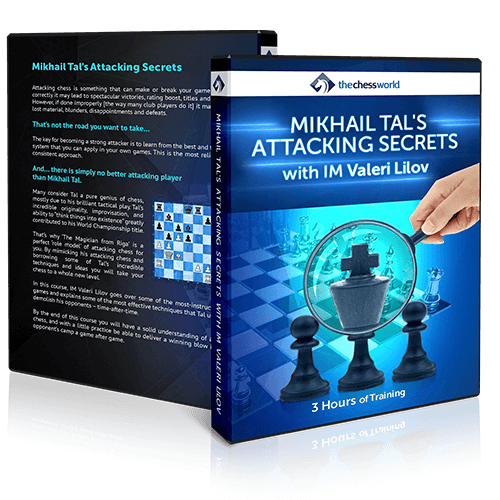 TheChessWorld
Tal’s Attacking Secrets with IM Valeri Lilov
$19.00
We use cookies on our website to give you the most relevant experience by remembering your preferences and repeat visits. By clicking “Accept”, you consent to the use of ALL the cookies.
Cookie SettingsAccept
Manage consent