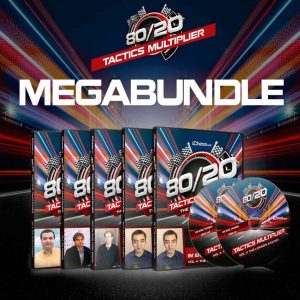 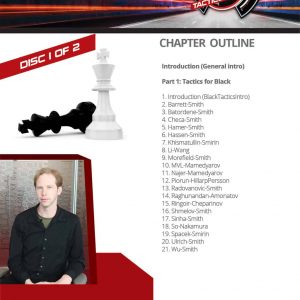 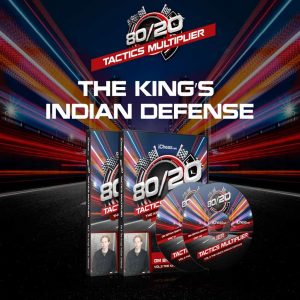 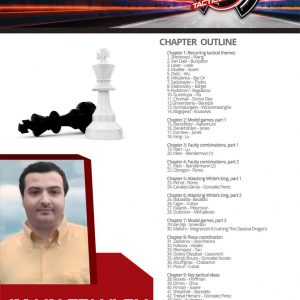 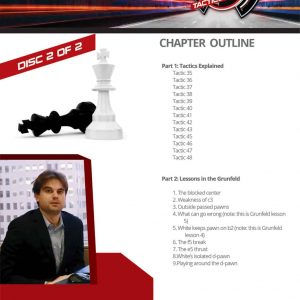 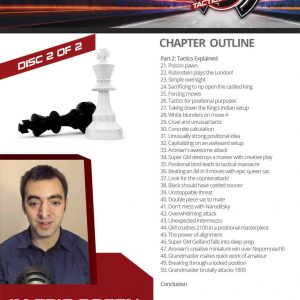 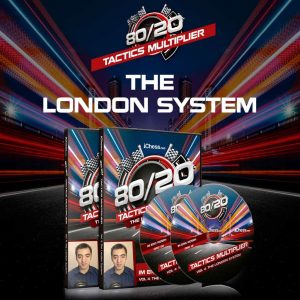 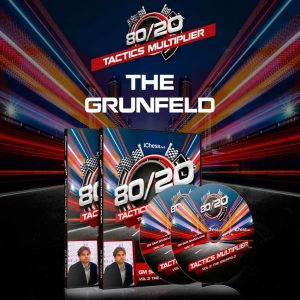 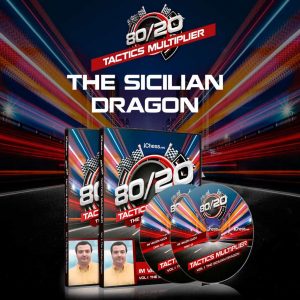 In this 32 hour Chess Tactics Training Mega Bundle, US Chess Champion GM Sam Shankland, GM Bryan Smith, IM Valeri Lilov, and IM Eric Rosen will give you a complete understanding of the most common tactical patterns in some of the most aggressive openings in chess.

Missing tactical ideas is a major reason why many players drop a whole bunch of rating points and lose many games.

Overlooking threats and simply not seeing the winning combinations are the real problems that need to be fixed if you really want to make progress in chess.

In this 32 hour Chess Tactics Training Mega Bundle, US Chess Champion GM Sam Shankland, GM Bryan Smith, IM Valeri Lilov, and IM Eric Rosen will give you a complete understanding of the most common tactical patterns in some of the most aggressive openings in chess.

If you like playing openings such as The London system, the Grunfeld, the Sicilian Dragon, and the King’s Indian Defense, you must definitely become familiar with the chess tactics and the common patterns that can arise from these types of openings in order to oppress your opponent with high-voltage tactical traps right from the start of the game.

If you want to master an opening, you must become familiar with its typical positional ideas and remember the most important theoretical lines. But this is really not enough.

Every opening has its own stock of tactical motifs. Therefore, you also have to know the typical tactical patterns that frequently recur in your opening.

Working on tactics is a sure way for any player, at any level, to improve. The 80/20 Tactics Multiplier series is for the bold and the brave. If you like turning the tables on your opponents from time to time, this is a must-have course.

The Most Common Tactical Ideas in the Sicilian Dragon:

In the first volume of this series, IM Valeri Lilov will walk you through the essential chess tactics ideas in the Sicilian Dragon, and give you a complete understanding of typical tactical patterns for both sides.

The Sicilian Dragon is a strategically and dynamically complex opening full of tactical possibilities.

Both sides have a multitude of tactical shots and ideas at their disposal thanks to the asymmetrical pawn structure, with Black’s play generally focusing on the queenside while White tends to play on the kingside.

The aim of this volume is to improve your understanding of the typical tactical themes of the Sicilian Dragon, as well as to practice them in six different quizzes featuring 100 carefully selected test positions.

Sam Shankland never stops! No sooner has he been crowned US Champion – sensationally finishing ahead of Caruana, So and Nakamura – then he’s back with another incredible training course for you!

80/20 Tactics Multiplier: The Grunfeld will teach you one of Black’s most exciting openings through the lens of Grandmaster tactics!

The ultra-sharp Grunfeld was a favorite weapon of both Kasparov and Fischer, famously used by Bobby to win the Game of the Century – one of the many games covered in the course.

Sam strives for the highest quality in everything he does and this course is no different.

Study it and not only will you have a high-level understanding of the Grunfeld without having to memorize theory, but you’ll also vastly improve your calculation, tactical eye, and intuition for dynamic play.

GM Bryan Smith’s course on the essential chess tactics in the King’s Indian Defense gives you a complete understanding of typical tactical patterns for both sides.

Even if you only play the King’s Indian as Black, it’s important to know the opportunities available to White so you can prevent them!

The KID is a complex and rewarding opening where White enjoys more space but Black has a number of surprising methods to lay siege to the enemy position, often resulting in brilliant wins.

GM Bryan Smith explains the mechanics behind some of the most powerful tactics in the Grandmaster’s play before giving a detailed commentary on some of his own games.

The result is an elevated understanding of the typical tactical and strategic themes of the King’s Indian Defense, which you can test and strengthen with the included quizzes!

Even if you only play against the London System, knowledge of these resources will prove invaluable.

The London System is a flexible opening that White can use against virtually any of Black’s setups. This makes it the perfect choice for players who prefer to understand key strategic and tactical ideas instead of having to memorize an endless number of theoretical variations.

With this DVD, you’ll gain a high-level understanding of the typical themes of the London System, and you’ll be able to really cement this knowledge in your long-term memory with the included practice tests.

If you’d like to learn all the typical tactical ideas that can arise from the London System, then IM Eric Rosen has got you covered.

Is this Course for me?

The 80/20 Tactics Multiplier series helps you get the most from your study time by combining learning openings with training the most common chess tactics that can arise from those openings.

Some of the things you will learn in this special series:

Queen’s move of the essence. A clever idea in King’s Indian Defense—if used at the right time—can keep the White king from fleeing to safety, allowing you to bring your pieces into the battle for that ultimate death strike.

A crazy exchange sac by Nakamura. IM Lilov shows you how to utilize a deadly combination to unleash your fiery dragon into your opponent’s fortress and savor the sight of White going up in flames!

Play like Bobby Fischer… when you are playing the Grunfeld. Play the moves that blow up White’s center control and rake in “victories that last a century”.

This course is specially designed to give you the best return in terms of chess tactics training, covering the following areas:

Patterns alert you to possibilities, calculation makes them a reality.

Now you have the opportunity to become very dangerous in these tricky yet highly potent openings with lessons from four super chess masters in this superb 32-hour chess tactics mega bundle!

From Novice to Advanced by Mato Jelic