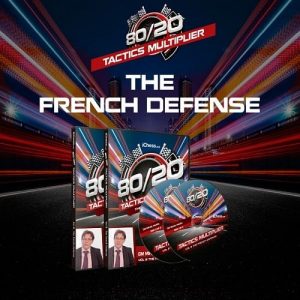 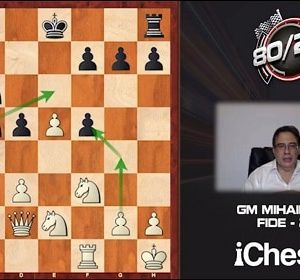 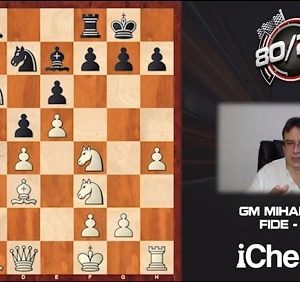 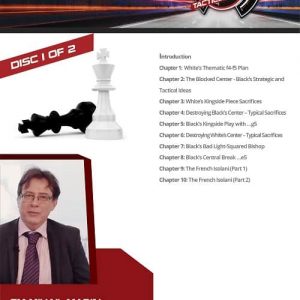 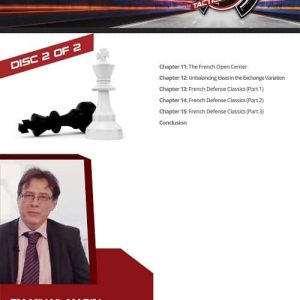 GM Mihail Marin’s course on the essential patterns in the French Defense gives you a complete understanding of typical tactical and strategic patterns for both sides. The French Defense is one of the most trusted openings in chess, popular at all levels from beginners to strong grandmasters.

If you want to know an opening, you should be familiar with its typical positional ideas and remember the most important theoretical lines. But this is not enough.

Every opening has its own stock of tactical motifs. Therefore, you also have to know the typical tactical patterns which frequently occur in your opening.

GM Mihail Marin’s course on the essential patterns in the French Defense gives you a complete understanding of typical tactical and strategic patterns for both sides.

The French Defense is one of the most trusted openings in chess, popular at all levels from beginners to strong grandmasters.

It is a strategically and dynamically complex opening full of rich possibilities. Both sides have a multitude of tactical shots and ideas at their disposal thanks to the different asymmetrical pawn structures and imbalances which occur from the different variations.

It is a perfect opening for players who prefer to understand key strategical and tactical ideas rather than memorize an endless amount of theoretical variations.

The French Defense is a chess opening for Black against 1.e4. It is a semi-closed opening and has the reputation of being resilient and solid. It occurs after the moves 1.e4 e6 2.d4 d5.

Analyzing the French Defense can be a good starting point to learn both strategy and tactics because it is a complex opening full of rich possibilities for both sides.

In his course, GM Mihail Marin analyzes typical motifs for Black and White.

Chess strategy and chess tactics often go hand in hand. On the one hand, you often need to make use of small tactical details in order to execute strategic ideas.

On the other hand, you can play a strong positional game, but most of the time you’ll need to find a tactical blow to finish off the game.

One of the most characteristic pawn structures of the French Defense arises after the moves 1.e4 e6 2.d4 d5 3.e5 c5 4.c3 (see the diagram below).

We’ve reached a pawn structure where the position is closed. White has a space advantage in the center of the board due to his advanced e5-pawn.

However, Black’s pawn structure is solid and without any weaknesses. Both sides have their own pawn chains, White’s being c3-d4-e5 and Black’s being f7-e6-d5.

White’s pawn chain points towards the kingside, which indicates on which side of the board he should play. White often gets good attacking prospects on the kingside.

A typical idea for White is to carry out the advance of the f-pawn with f2-f4-f5, putting pressure on the Black pawn chain.

According to GM Mihail Marin, there are two principled reactions for Black when he is confronted with a White f-pawn on the fifth rank.

One idea for Black is to capture on f5 with his e-pawn and to bring a knight to e6. Due to the fact that knights are excellent blockading pieces, the knight is perfectly placed on e6.

Black can sometimes keep his extra pawn on f5 for some time or even support it with …g6. What’s more, the move …exf5 allows Black to free his problem piece, the light-squared bishop, which then can be activated via c8.

However, one should remember that …exf5 is only reliable when there are no good immediate breaks for White with e5-e6 insight.

The structure with a closed center in the French Defense offers White another attacking plan. If the Black king has already castled kingside, a piece sacrifice on the kingside becomes an option for White.

With Black pawns on h7 g7 and f7, White has three targets for a sacrifice. The f7-square is usually well defended by a Black rook which decreases White’s chances for a successful sacrifice. Yet, with the Black king still in the center, a sacrifice on f7 becomes an option.

A sacrifice on h7 is possible on some special occasions. Usually, this sacrifice involves a White bishop on the b1-h7 diagonal, a White knight on f3 which can come to g5 with a check and a White queen which then joins the action on the kingside.

A key target for a White piece of sacrifice is g7. The g7-pawn has an important task to cover the squares h6 and f6. Once it is no longer there, White gets access to these squares – often with decisive effect.

The aim of this course is to improve your understanding of the typical tactical and strategic themes in the French Defense, as well as to practice them in the included quizzes featuring carefully selected test positions.