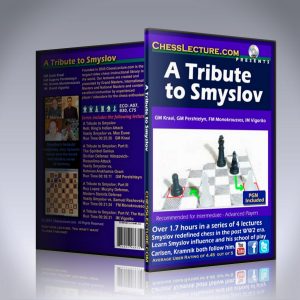 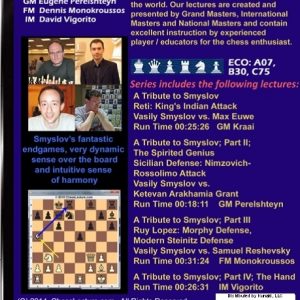 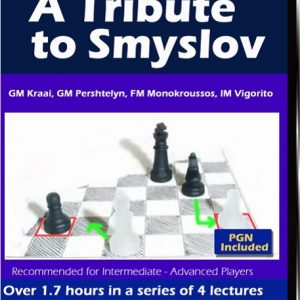 Vasily Smyslov was a Soviet and Russian grandmaster, and was World Chess Champion from 1957 to 1958. He redefined chess post WW2. He was a candidate for the World Chess on eight occasions. Smyslov twice tied for first at the Soviet Championship (1949, 1955), and his total of 17 Chess Olympiad medals won is an all-time record. In five European Team Championships, Smyslov won ten gold medals.

A Tribute to Smyslov

Vasily Smyslov was a Soviet and Russian grandmaster and was World Chess Champion from 1957 to 1958. He redefined chess post WW2. He was a candidate for the World Chess on eight occasions. Smyslov twice tied for first at the Soviet Championship (1949, 1955), and his total of 17 Chess Olympiad medals won is an all-time record. In five European Team Championships, Smyslov won ten gold medals. He is known for his fantastic endgames, very dynamic sense over the board and intuitive sense of harmony. Modern champions that follow his style are Carlsen and Kramnik. Here the masters of ChessLecture review his brilliance and style in a series of stunning games.

Content: 101 minutes of instruction and analysis in a series of 4 lectures. PGN Included.

Chess Fans have said: Very nice lecture. You won’t want to miss this one!