A Weapon for Black Against the Ruy Lopez – GM Josh Friedel 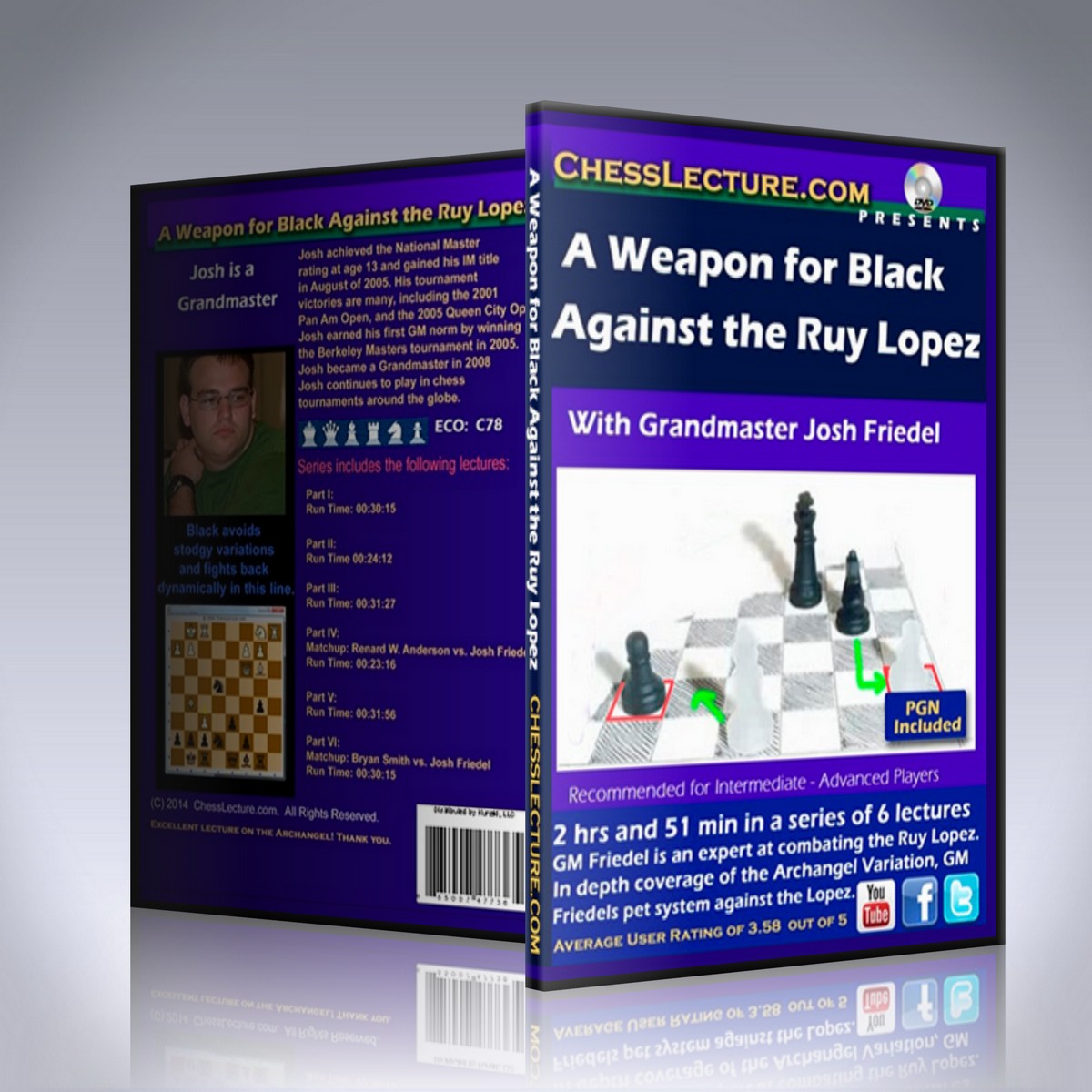 A Weapon for Black Against the Ruy Lopez

Content: 171 minutes of instruction and analysis in a series of 6 lectures. PGN Included.

Chess Fans have said: Excellent lecture on the Archangel! Thank you.

GM Josh Friedel achieved the National Master rating at age 13 and gained his IM title in August of 2005. His tournament victories are many, including the 2001 Pan Am Open and the 2005 Queen City Open. Josh earned his first GM norm by winning the Berkeley Masters tournament in 2005. Josh became a Grandmaster in 2008. Josh continues to play in chess tournaments around the globe.