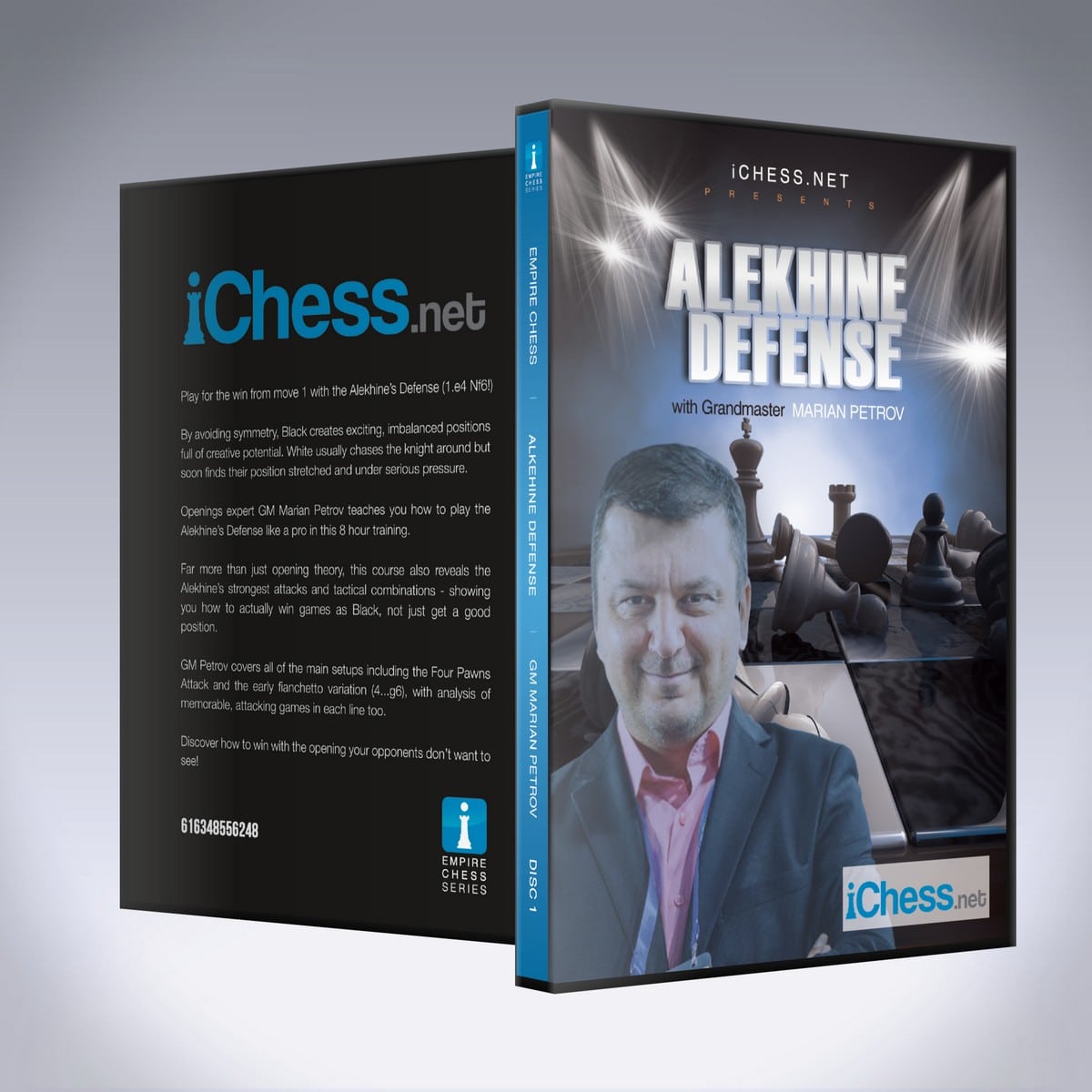 0 Review(s) (0)
$59.95
GM Marian Petrov is back with another awesome opening course! This time he turns his attention to the enigmatic Alekhine’s Defense – the hypermodern opening devised by the 4th World Champion.
Add To Cart
About the Course Additional Information Reviews (0)
Product Description

GM Marian Petrov is back with another awesome opening course!

This time he turns his attention to the enigmatic Alekhine’s Defense – the hypermodern opening devised by the 4th World Champion.

Openings expert GM Marian Petrov teaches you how to play the Alekhine’s Defense like a pro in this 8-hour training.

Far more than just opening theory, this course also reveals the Alekhine’s strongest attacks and tactical combinations – showing you how to actually win games as Black, not just get a good position.

GM Petrov covers all of the main setups including the Four Pawns Attack and the early fianchetto variation (4…g6), with analysis of memorable, attacking games in each line too.

Discover how to win with the opening your opponents don’t want to see!

Marian Petrov is an accomplished professional chess coach, theorist, and Bulgarian champion for 2002 and 2017, as well as winner of many open tournaments around the world. 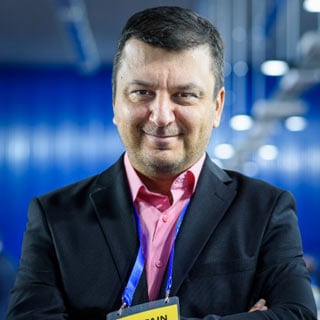 GM Petrov is also a FIDE trainer and was the coach of Team Wales at the 2016 Baku Olympiad. He graduated from the National Sports Academy in Sofia, Bulgaria, with a Bachelor’s degree in Chess Pedagogy, a four-year undergraduate program designed to prepare top-level chess trainers.

Why Play The Alekhine Defense?

Meeting 1.e4 with ..Nf6 wouldn’t even occur to any strong player. White can just push e5 and chase the knight around.

Alekhine dared to ask, “…and then what?”

The result: A fascinating hypermodern opening that forces White into creating holes in their defense by over-stretching.

Now GM Marian Petrov has put together an 8-hour training program that reveals how to play this opening like Alekhine himself.

GM Petrov covers tricks, traps, and attacks for both sides, showing you how to get great positions in all the popular lines. 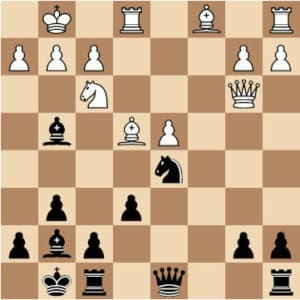 Magnus and the Secret of d5. Carlsen has played his predecessor’s opening a few times (winning on each occasion). His games highlight one of the positional secrets of the Alekhine – White’s e4-e5 gives Black d5 and weakens d4. See how Magnus cashes in on this against Topalov (diagram)!

Master at work. Who better to learn from than the man himself, Alexander Alekhine? Marian analyzes Alekhine’s first win with his opening, showing how quickly Black can get an aggressive position.

What happens when White doesn’t push the e-pawn. 2.e5 is by far the most common choice as White takes the bait and chases our knight around. But protecting e4 with Nc3 makes a lot of sense too. GM Petrov reveals the key to getting rapid development as Black in this line.

Whether you’re looking for a new opening or want to add a few tactical tricks to your arsenal, this video is worth your time!