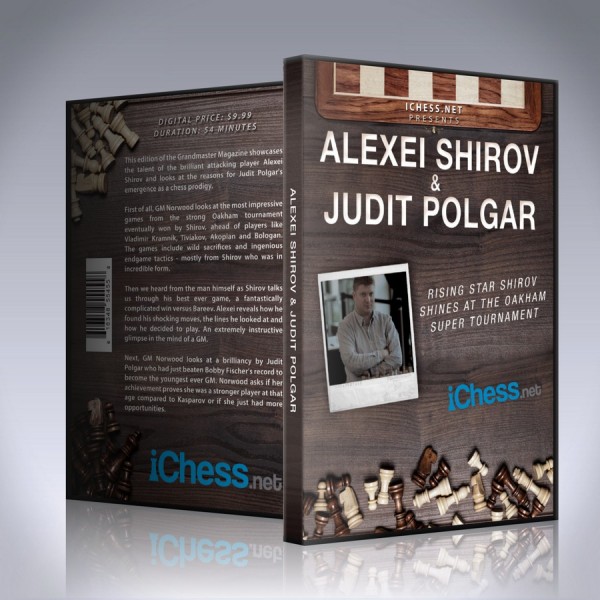 First of all, GM Norwood looks at the most impressive games from the strong Oakham tournament eventually won by Shirov, ahead of players like Vladimir Kramnik, Tiviakov, Akopian, and Bologan. The games include wild sacrifices and ingenious endgame tactics – mostly from Shirov who was in incredible form.

Then we heard from the man himself as Shirov talks us through his best ever game, a fantastically complicated win versus Bareev. Alexei reveals how he found his shocking moves, the lines he looked at and how he decided to play. An extremely instructive glimpse in the mind of a GM.

Next, GM Norwood looks at a brilliancy by Judit Polgar who had just beaten Bobby Fischer’s record to become the youngest ever GM. Norwood asks if her achievement proves she was a stronger player at that age compared to Kasparov or if she just had more opportunities.