An Answer to the Scandinavian Defense – IM Bryan Smith 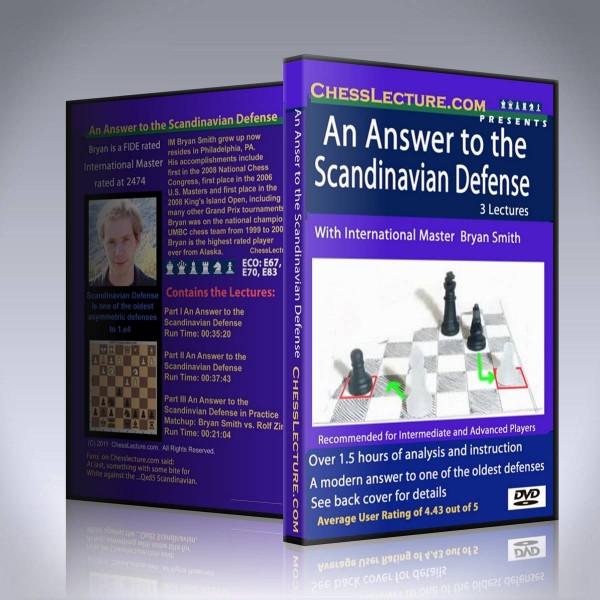 On this DVD, International Master Bryan Smith explains strategies to beat one of the oldest defenses.

An Answer to the Scandinavian Defense

On this DVD, International Master Bryan Smith explains strategies to beat one of the oldest defenses.

Content: 1.5 hours of chess theory and discussion, with example games, over a series of 3 lectures.

Recommended for: Intermediate to Advanced players.

Chess Fans have said: At last, something with some bite for White against the …Qxd5 Scandinavian.