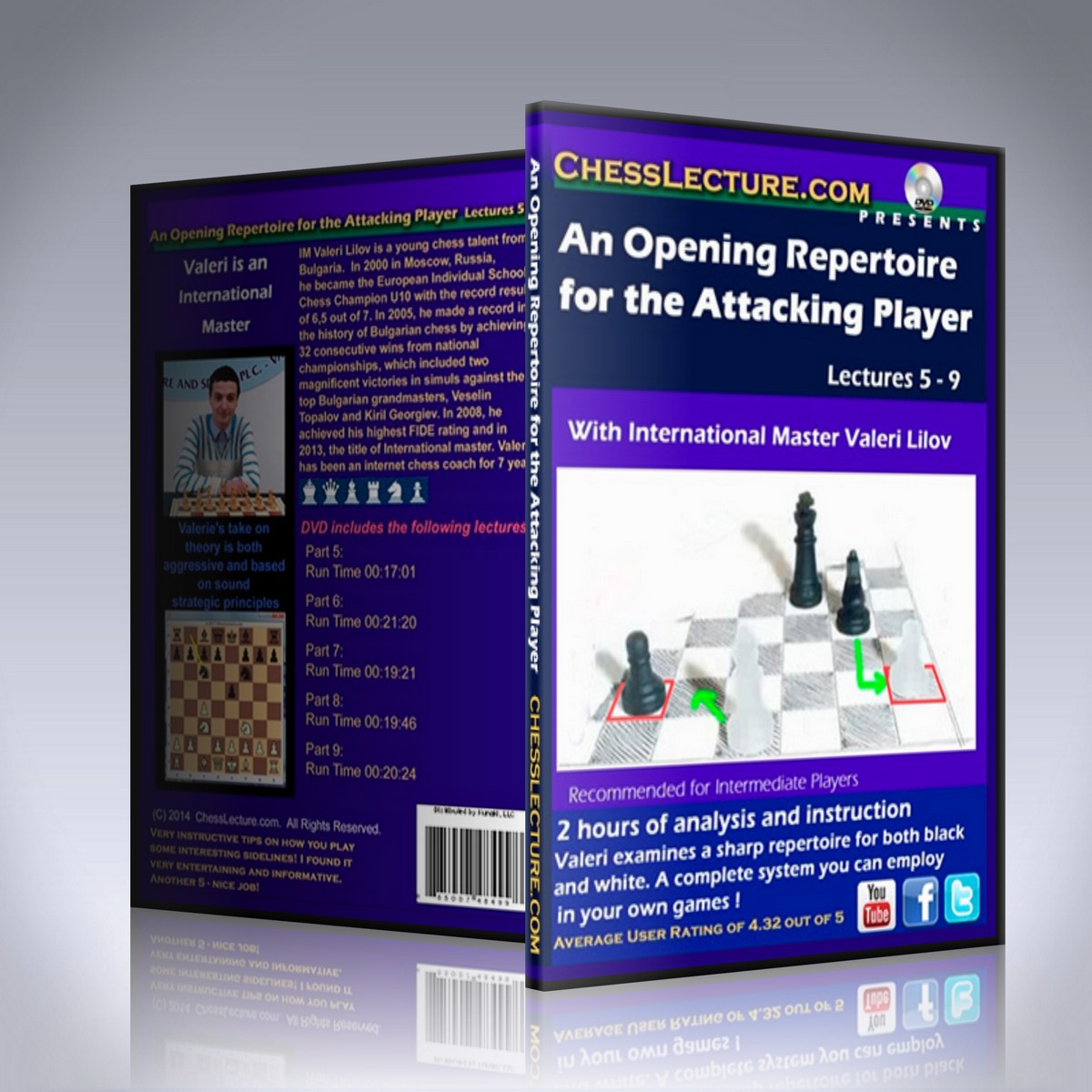 In part 2 of the series IM Valeri Lilov examines a sharp repertoire for both black and white. A complete system you can employ in your own games ! Valerie’s take on theory is both aggressive and based on sound strategic principles. Valeri examines White e 4 and one good line of play for all of blacks possible responses with the Budapest Gambit.

An Opening Repertoire for the Attacking Player Lectures 5 – 9

In part 2 of the series, IM Valeri Lilov examines a sharp repertoire for both black and white. A complete system you can employ in your own games! Valerie’s take on theory is both aggressive and based on sound strategic principles. Valeri examines White e 4 and one good line of play for all of the blacks possible responses with the Budapest Gambit. How white can respond to the Budapest Gambit and how to respond to deviations on most of the various openings including with the Grand Prix attack.

Content: 97 minutes of instruction and analysis in a series of 5 lectures. PGN Included.

Chess Fans have said: Very instructive tips on how you play some interesting sidelines! I found it very entertaining and informative. Another 5 – nice job!