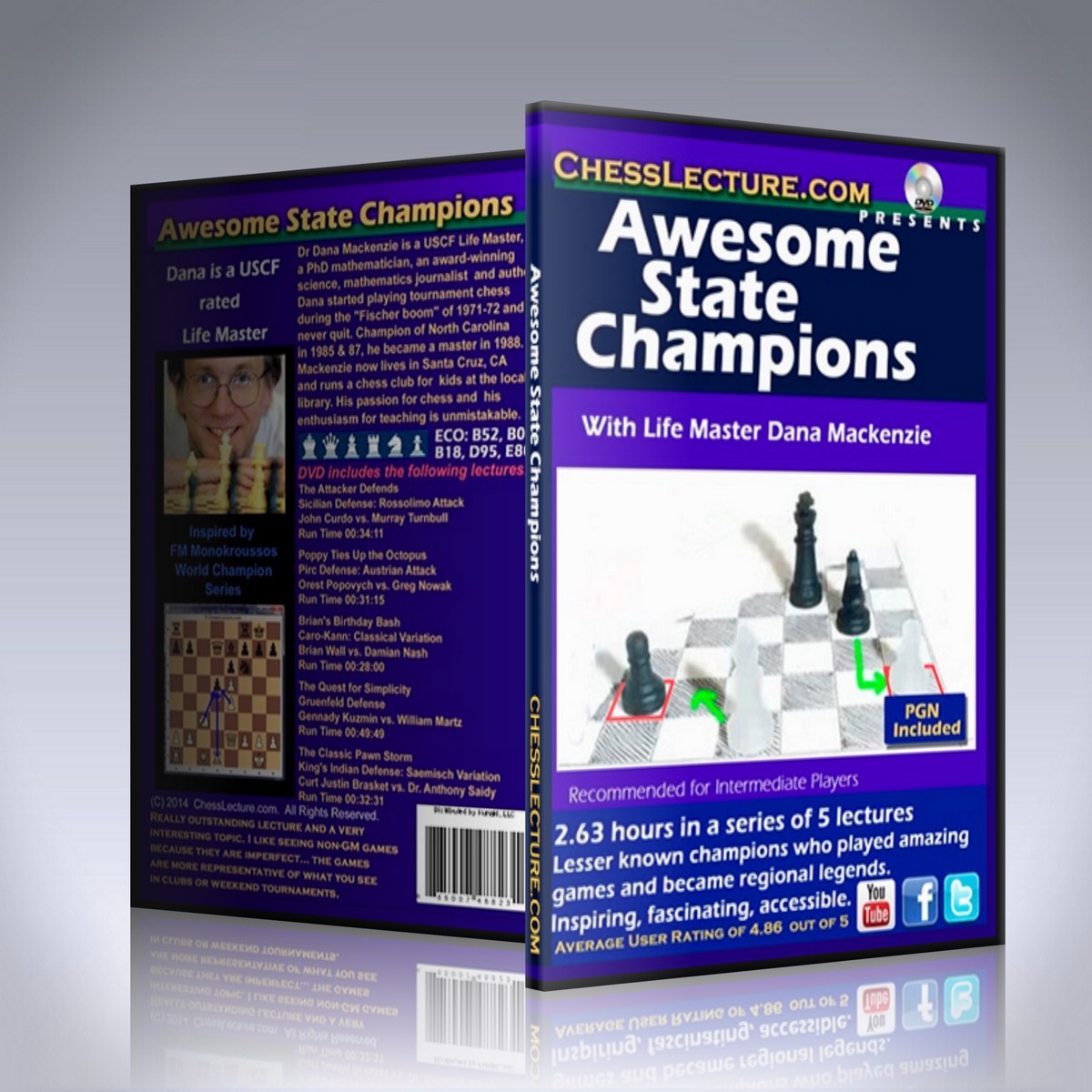 Content: 159 minutes of instruction and analysis in a series of 5 lectures. PGN Included.

Chess Fans have said: Really outstanding lecture and a very interesting topic. I like seeing non-GM games because they are imperfect… the games are more representative of what you see in clubs or weekend tournaments.

LM Dana Mackenzie is a USCF Life Master, a Ph.D. mathematician, award-winning mathematics and science journalist, and author. LM Dana Mackenzie started playing tournament chess during the ‘Fischer boom’ of 1971-72 and for some reason never quit. He was the champion of North Carolina in 1985 and 1987 and became a master in 1988. In 2009, Dana received his Life Master certificate from the USCF, and in 2012 was a member of the West regional champion team in the US Amateur Team tournament.