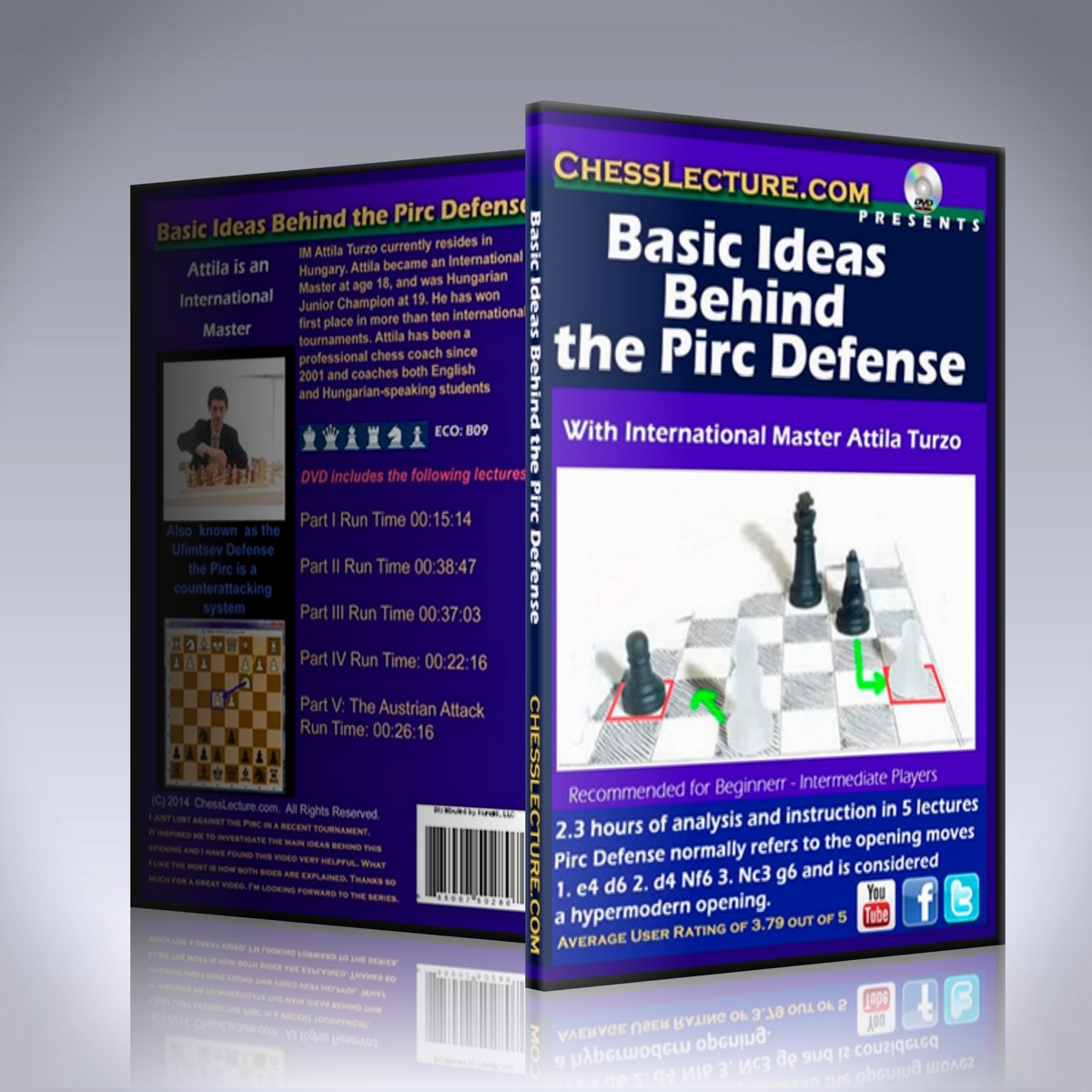 0 Review(s) (0)
$9.99
The Pirc Defense sometimes known as the Ufimtsev Defence or Yugoslav Defense normally refers to the opening 1. e4 d6 2. d4 Nf6 3. Nc3 g6. It is named after the Slovenian International Grandmaster Vasja Pirc. On this DVD IM Turzo walks you through the basic variations and shows you the things to consider at every step.
Add To Cart
About the Course Additional Information Reviews (0)
Product Description

Basic Ideas Behind the Pirc Defense

The Pirc Defense sometimes is known as the Ufimtsev Defence or Yugoslav Defense normally refers to the opening 1. e4 d6 2. d4 Nf6 3. Nc3 g6. It is named after the Slovenian International Grandmaster Vasja Pirc. On this DVD IM Turzo walks you through the basic variations and shows you the things to consider at every step.

Content: 139 minutes of instruction and analysis in a series of 5 lectures. PGN Included.

Chess Fans have said:  I play the Pirc defense and learned a lot about the plans against the various setups white might choose. I am looking forward to watching the rest of the series. 5 stars.

IM Attila Turzo currently resides in Hungary. Attila was the 1998 Hungarian Junior Champion and he earned his IM title in 1997. Attila also won the First Saturday Chess Tournament in May 2004. Turzo is a professional chess coach.