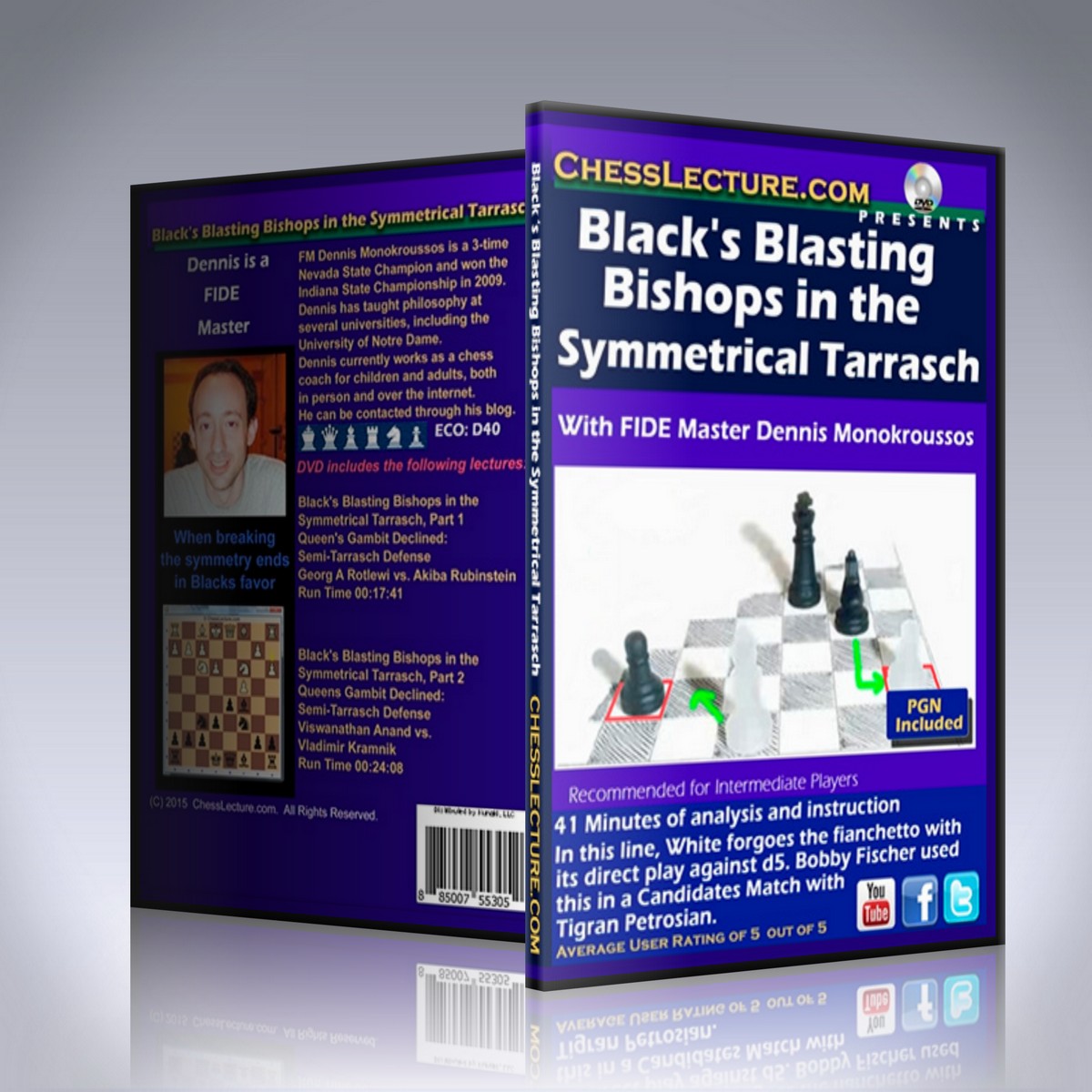 In this line of the Tarrasch, White forgoes the fianchetto, with its direct play against d5, opting to keep central tension for the moment by playing 4. e3, after which 4… Nf6 5. Nf3 Nc6 is the normal continuation. Dennis shows us how Black blasts through this and wins the day.

In this line of the Tarrasch, White forgoes the fianchetto, with its direct play against d5, opting to keep central tension for the moment by playing 4. e3, after which 4… Nf6 5. Nf3 Nc6 is the normal continuation. Dennis shows us how Black blasts through this and wins the day.

Content: 41 minutes of instruction and analysis in a series of 2 lectures. PGN Included.