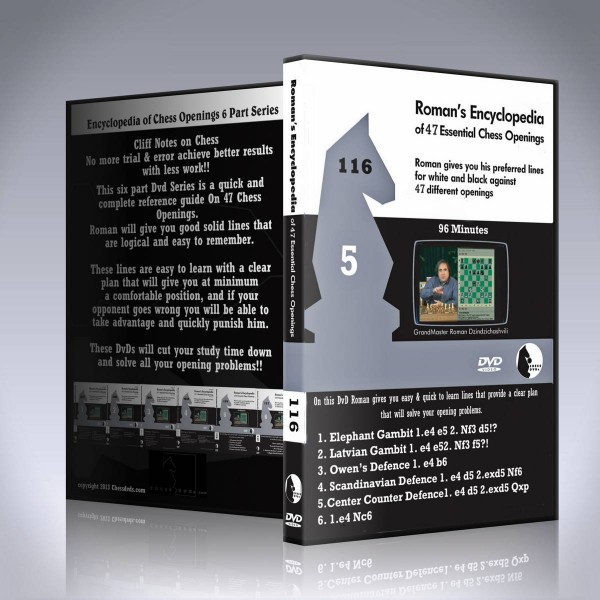 Roman gives you his preferred lines for White and Black against 47 different openings. On this DVD Roman gives you easy and quick to learn lines that provide a clear plan that will solve your opening problems.

Roman gives you his preferred lines for White and Black against 47 different openings.

On this DVD Roman gives you easy and quick to learn lines that provide a clear plan that will solve your opening problems:

Roman Dzindzichashvili is a former U.S. and Russian Chess Champion, and Coach of World Chess Champion Garry Kasparov. He is a well-known theoretician and a chess coach. Among his students are 3-time US Chess Champion, GM Gata Kamsky, and GM Eugene Perelshteyn. Roman is also the author and star of multiple chess instructional DVDs entitled “Roman’s Lab”.