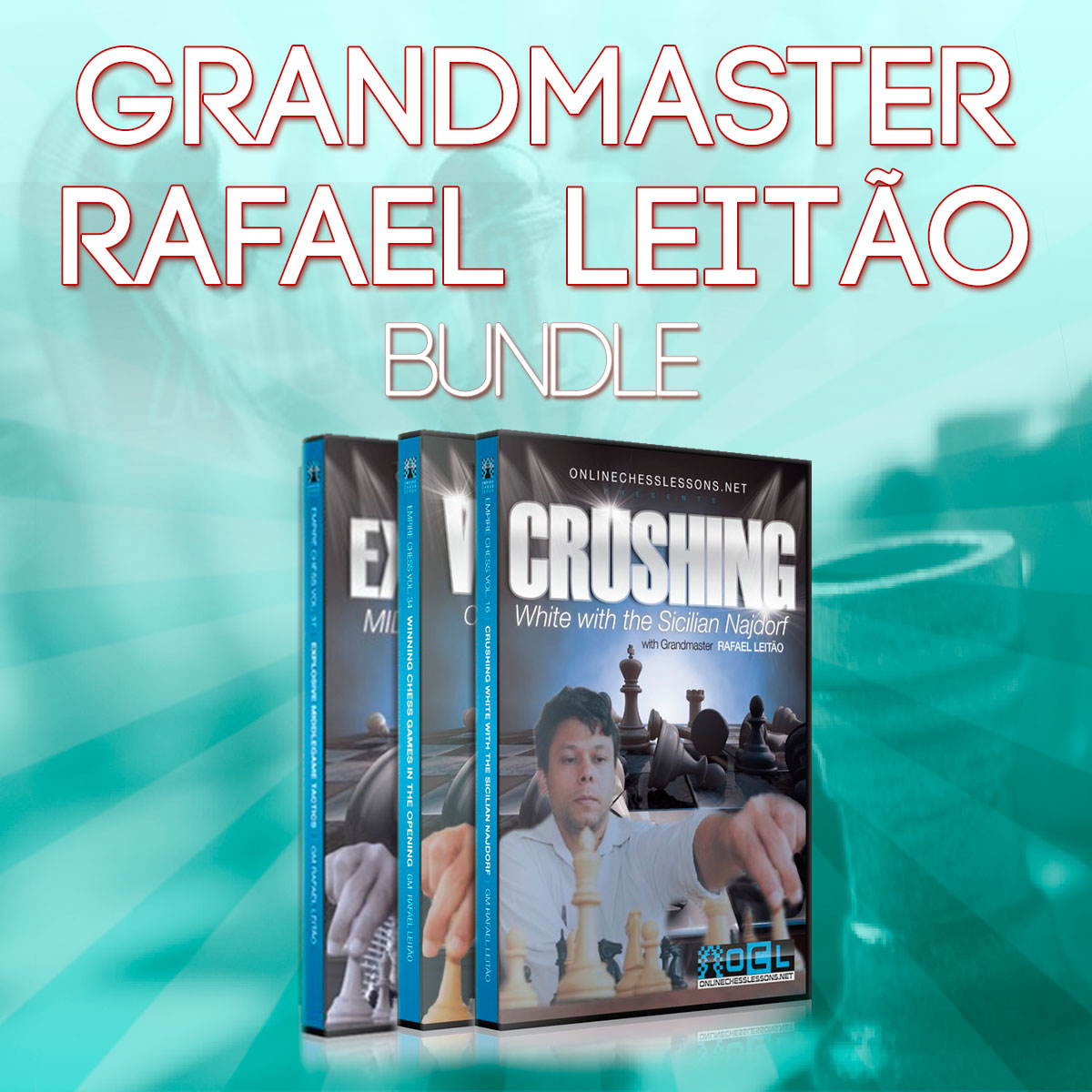 If you are looking for an opening for black against 1. e4 where you are guaranteed to be able to fight for a win in every variation, look no further! The Sicilian Najdorf is the most aggressive weapon for black against 1. e4, consistently providing the most double-edged positions in chess over the last 70 years. From the very first moves, the Sicilian Najdorf presents a level of danger for both sides that is unseen in any other chess opening – providing an exceptionally high percentage of decisive results.

If you are looking for an opening for black against 1. e4 where you are guaranteed to be able to fight for a win in every variation, look no further! The Sicilian Najdorf is the most aggressive weapon for black against 1. e4, consistently providing the most double-edged positions in chess over the last 70 years. From the very first moves, the Sicilian Najdorf presents a level of danger for both sides that is unseen in any other chess opening – providing an exceptionally high percentage of decisive results. The reasons for this are simple – the Sicilian Najdorf creates huge imbalances by the very nature of the structure. In most variations, black makes long-term positional concessions in the form of a backwards d6 pawn and a permanent weakness on the d5 square in exchange for immediate and long-term tactical compensation and activity in the form of rapid minor piece development, strong counterplay on the half-open c-file, and constant opportunities to bust the game open via thematic pawn breaks such as ..d6-d5 and ..b7-b5. The Sicilian Najdorf is truly an opening where black maintains opportunities for active play and winning chances in every single line. There are no easy ways for white to choose a dull line and try to force a drawish position from the opening. And this exactly why the Sicilian Najdorf is one of the most popular chess openings at the Grandmaster and world chess champion level – it has been employed frequently by legendary players like Bobby Fischer, Garry Kasparov, Viswanathan Anand, Veselin Topalov, Boris Gelfand, and more. The only downside of the Sicilian Najdorf is that you must be familiar with theory to achieve great success. However, that doesn’t mean you need to memorize 10 different main lines and sidelines to get good positions from the opening. As presenter GM Leitão explains, you must understand the reasons behind the moves to be truly successful with the black pieces in the Sicilian Najdorf.

The opening is the most critical phase in chess. If you are an extremely aggressive player, from the very first moves striving to place pressure on your opponent – you will thrive in the opening and achieve great positions early in your games. However, if you are a passive player and prefer to build a solid position before creating threats against your opponent’s position, you will never achieve good positions in the opening because your opponent will have a free reign to seize the initiative and start attacking you. If you want to be a strong chess player, it is absolutely essential to deeply understand basic opening rules (control the center, develop your pieces, create threats).

How many games have you won or lost due to tactics? Think about how many decisive victories have come by attentively picking off an opponent’s loose piece via a combination. Think about how many times you have lost a pawn due to a forcing sequence of moves by your opponent. While it is important to have a well-rounded style, it is critical for chess players of all levels to be good at tactics because combinations are often what forces decisive outcomes in chess. Even if you are more of a positional player, in many games you will still have to employ forcing moves with direct tactical repercussions to achieve long-term, comprehensive positional gain. In this 3-hour chess DVD by experienced Grandmaster Rafael Leitão, viewers will learn how elite players view chess tactics in the middlegame.