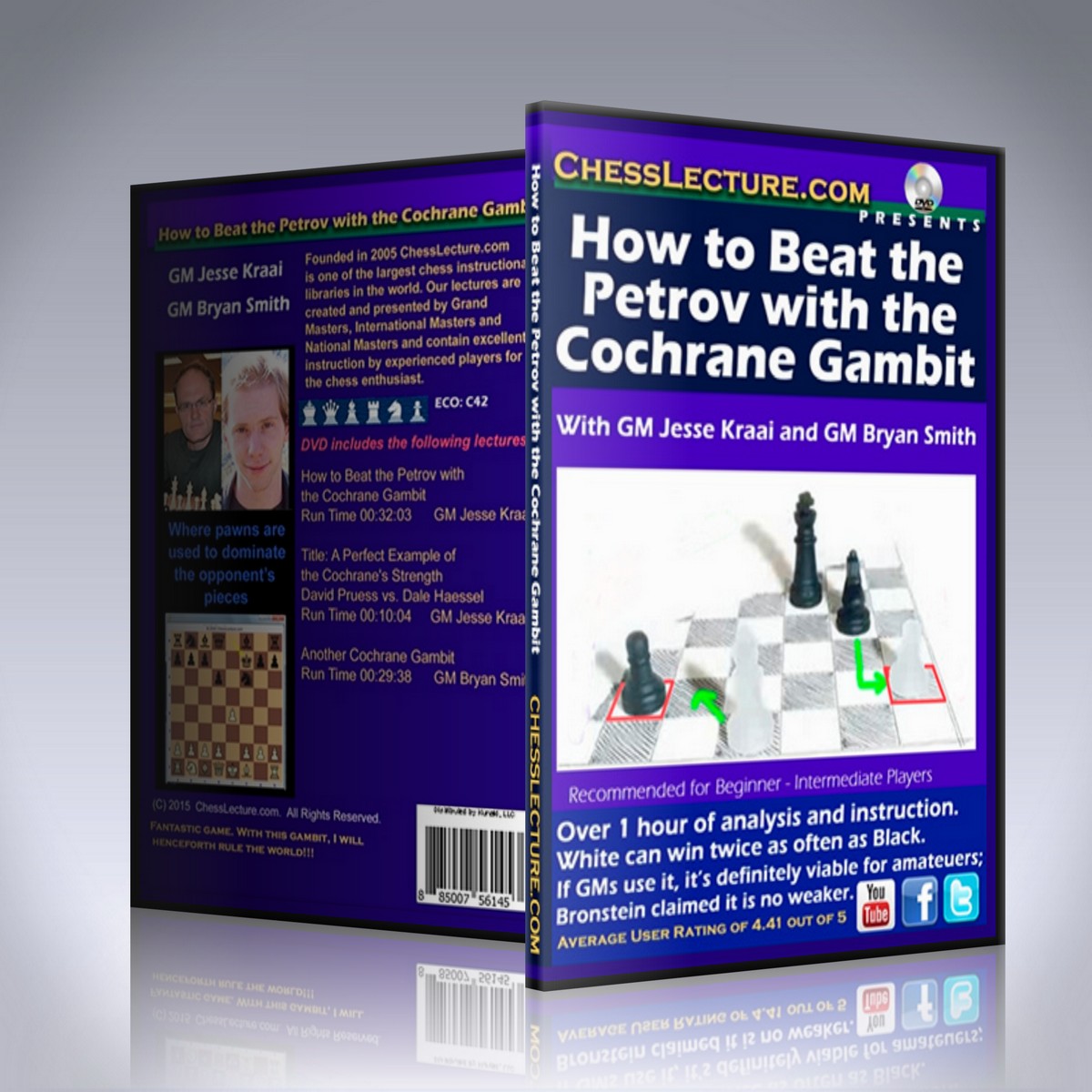 John Cochrane was a strong nineteenth century Scottish chess master ranked only below the well-known Howard Staunton the designer of modern chess pieces. Cochrane was known name in the Calcutta chess club as he played there while he lived in India.

How to Beat the Petrov with the Cochrane Gambit

John Cochrane was a strong nineteenth-century Scottish chess master who ranked only below the well-known Howard Staunton the designer of modern chess pieces. Cochrane was a known name in the Calcutta chess club as he played there while he lived in India. The first appearance of the Cochrane Gambit against the Petrov’s defense was in 1848 against an Indian master Mohishunder Bannerjee. Used as an answer to the Petrov defense, the Cochrane Gambit, 4.Nxf7 offers chances for both sides. after 4…Kxf7 5.Nc3 c5!? 6.Bc4+ Be6 7.Bxe6+ Kxe6 8.d4 Kf7 9.dxc5 Nc6. Here Jesse and Bryan show you how to use the Cochrane effectively to smash the Petrov.

Content: 67 minutes of instruction and analysis in a series of 3 lectures. PGN Included.

Chess Fans have said: Fantastic game. With this gambit, I will henceforth rule the world!!!