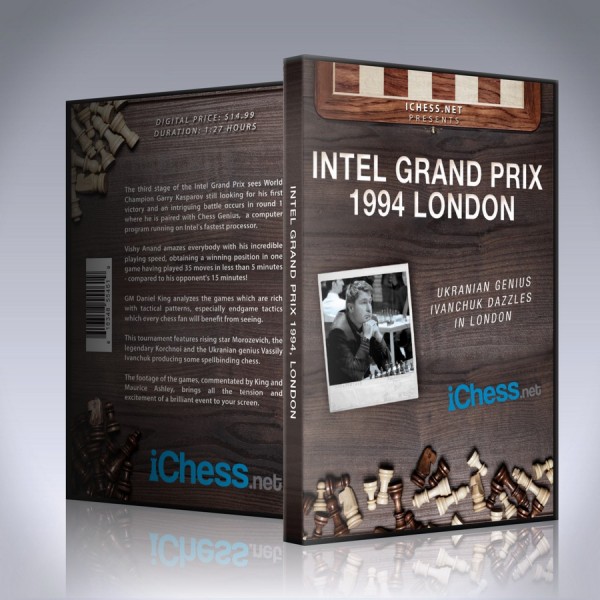 The third stage, the Intel Grand Prix London 1994,  sees World Champion Garry Kasparov still looking for his first victory and an intriguing battle occurs in round 1 where he is paired with Chess Genius, a computer program running on Intel’s fastest processor.

The third stage, the Intel Grand Prix London 1994,  sees World Champion Garry Kasparov still looking for his first victory and an intriguing battle occurs in round 1 where he is paired with Chess Genius, a computer program running on Intel’s fastest processor.

Vishy Anand amazes everybody with his incredible playing speed, obtaining a winning position in one game having played 35 moves in less than 5 minutes – compared to his opponent’s 15 minutes!

GM Daniel King analyzes the games which are rich with tactical patterns, especially endgame tactics which every chess fan will benefit from seeing.

The footage of the games, commentated by King and Maurice Ashley, brings all the tension and excitement of a brilliant event to your screen.