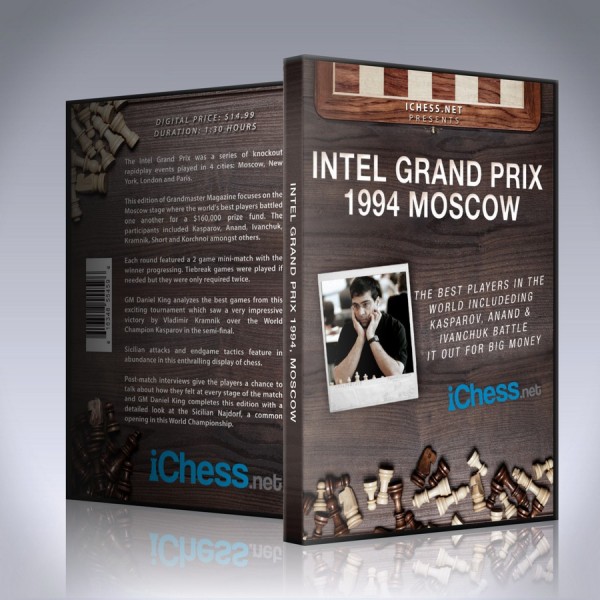 The Intel Grand Prix was a series of knockout rapidplay events played in 4 cities: Moscow, New York, London and Paris. The Intel Grand Prix was a series of knockout rapidplay events played in 4 cities: Moscow, New York, London, and Paris.

This edition of Grandmaster Magazine focuses on the Intel Grand Prix Moscow 1994, where the world’s best players battled one another for a $160,000 prize fund. The participants included Kasparov, Anand, Ivanchuk, Kramnik, Short, and Korchnoi amongst others.

Each round featured a 2 game mini-match with the winner progressing. Tiebreak games were played if needed but they were only required twice.

GM Daniel King analyzes the best games from this exciting tournament which saw a very impressive victory by Vladimir Kramnik over the World Champion Kasparov in the semi-final.

Sicilian attacks and endgame tactics feature in abundance in this enthralling display of chess.