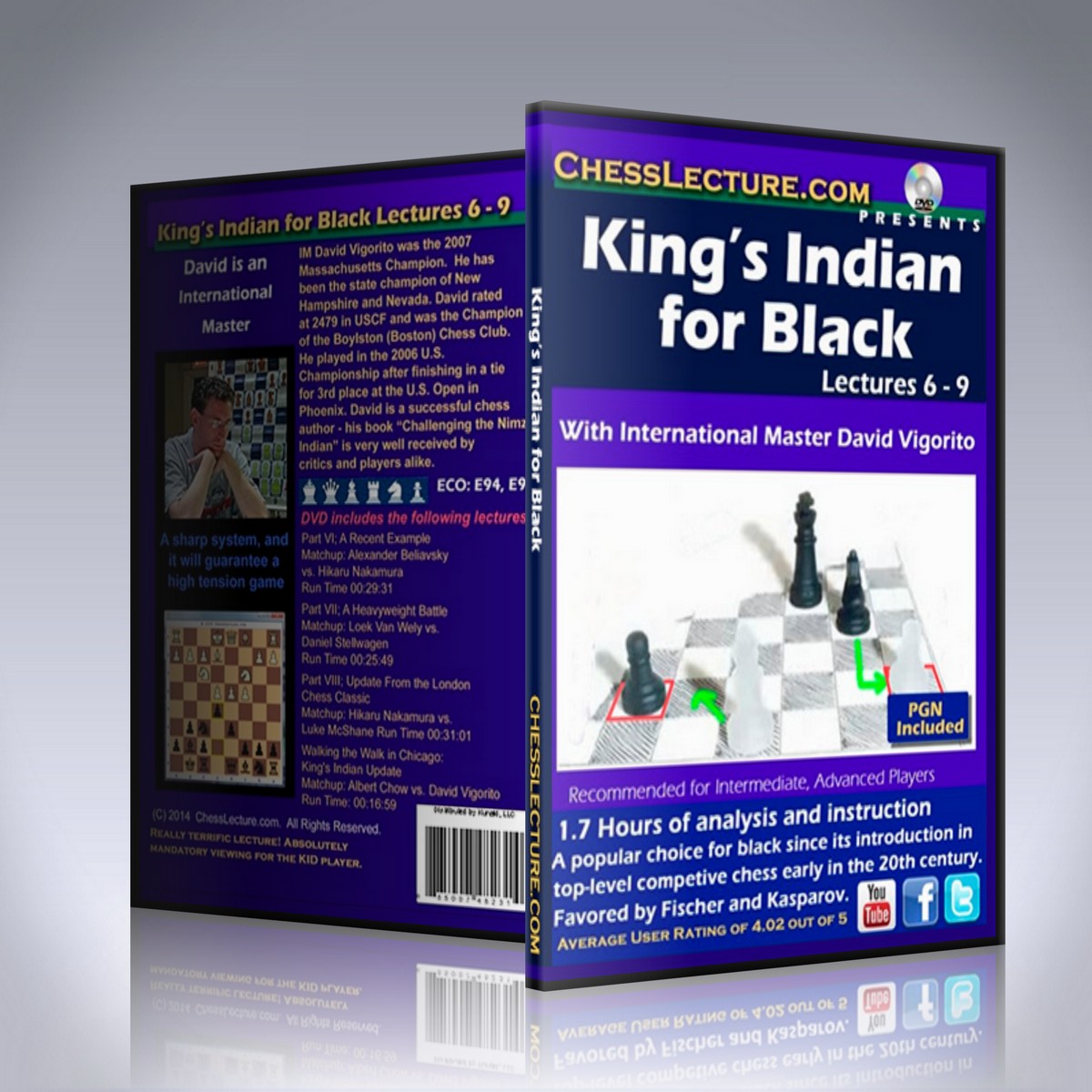 International Master David Vigorito explains many variations of the King’s Indian including Orthodox Variation: Modern System, Bayonet Attack, Glek Defense. Favored by Fischer and Kasparov, the King’s Indian is a modern dynamic opening, exceptionally complex. A popular choice since its introduction into competitive chess in the early 20th century. This DVD is a continuation of David’s series on the subject ( See King’s Indian for Black for the first 5 lectures).

Content: 103 minutes of instruction and analysis in a series of 4 lectures. PGN Included.