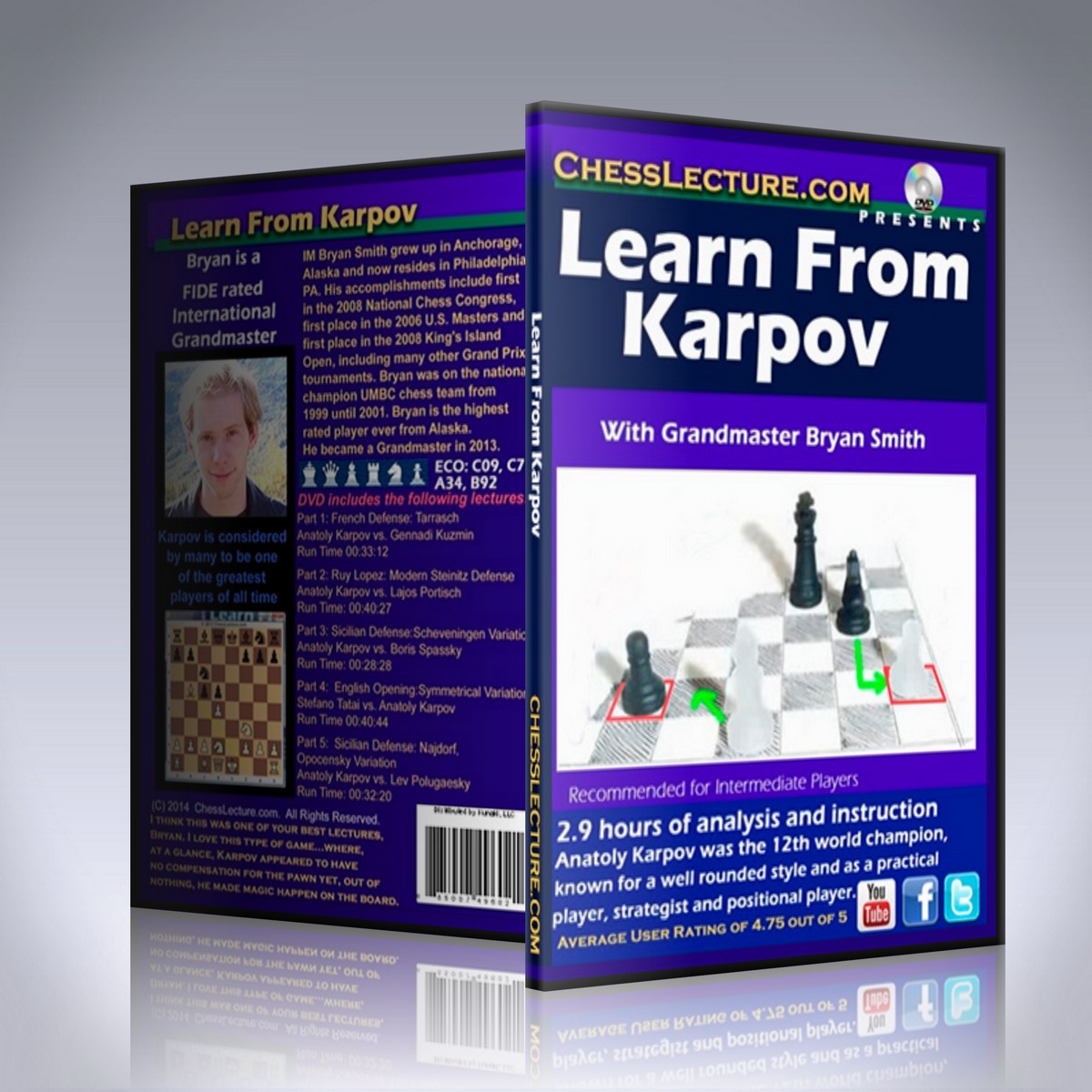 Examine the brilliance of Karpov with GM Bryan Smith. Anatoly Karpov was the 12th world champion, and is considered by many to be one of the greatest chess players of all time. Karpov is known for a well rounded style, and as a practical player, strategist and positional player.

Examine the brilliance of Karpov with GM Bryan Smith. Anatoly Karpov was the 12th world champion and is considered by many to be one of the greatest chess players of all time. Karpov is known for a well-rounded style, and as a practical player, strategist and positional player.

Content: 175 minutes of instruction and analysis in a series of 5 lectures. PGN Included.

Chess Fans have said: I think this was one of your best lectures, Bryan. I love this type of game…where, at a glance, Karpov appeared to have no compensation for the pawn yet, out of nothing, he made magic happen on the board.