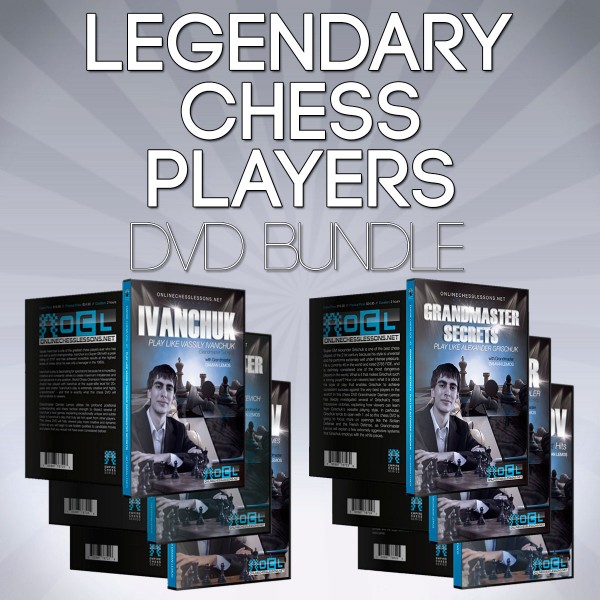 Studying the best players is a superb way to improve your skill level dramatically. In each of their games are all the secrets of chess – if you know where to look.GM Damian Lemos profiled 6 Super GMs to reveal the techniques, thinking patterns, and attitude that makes them so successful.

Studying the best players is a superb way to improve your skill level dramatically. In each of their games are all the secrets of chess – if you know where to look.

GM Damian Lemos profiled 6 Super GMs to reveal the techniques, thinking patterns and attitude that makes them so successful.

With this DVD bundle you will learn:

This series features many breathtaking games of chess and is hugely entertaining but GM Lemos makes sure you get the maximum benefit to your chess education too. The “Legendary Chess Players” bundle is sure to be one of your most prized possessions.