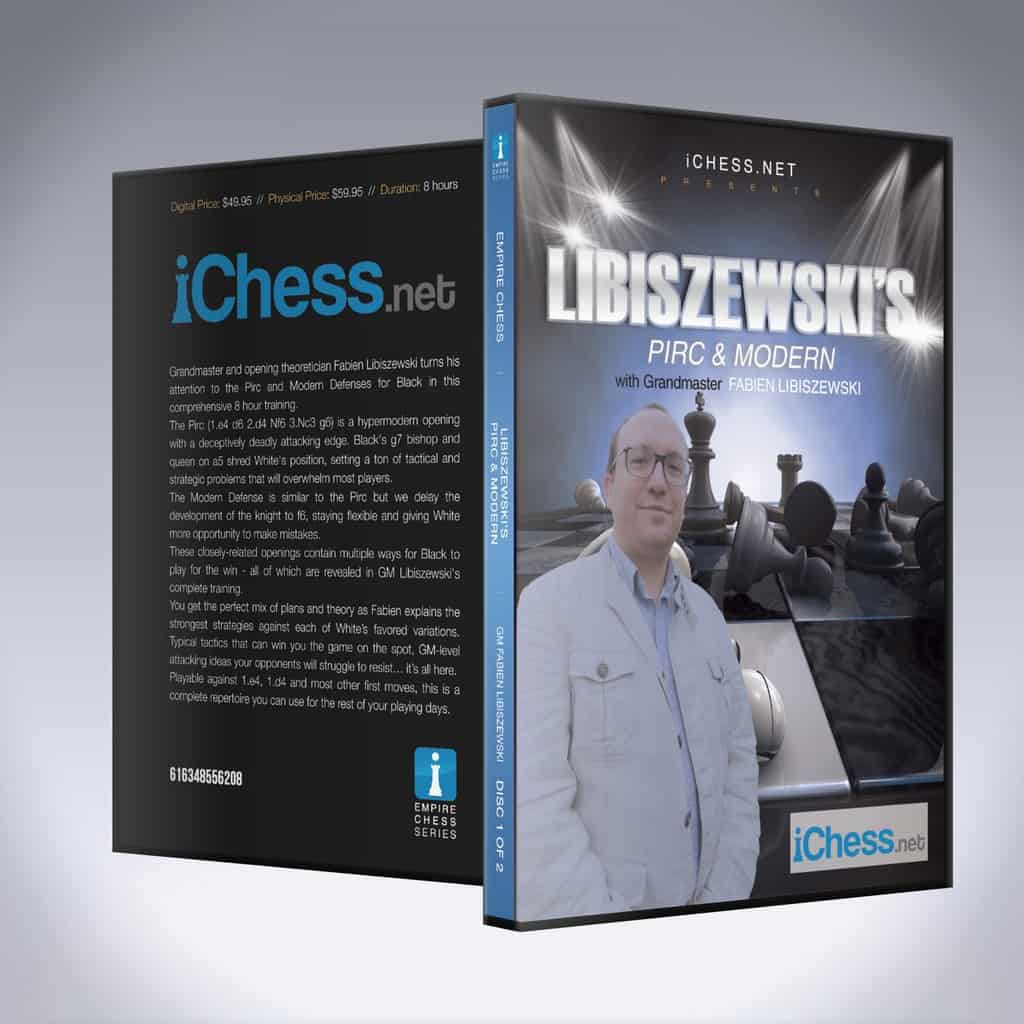 Grandmaster and opening theoretician Fabien Libiszewski turns his attention to the Pirc Defense and Modern Defense for Black in this comprehensive 8-hour training.

Grandmaster and opening theoretician Fabien Libiszewski turns his attention to the Pirc Defense and Modern Defense for Black in this comprehensive 8-hour training.

The Pirc (1.e4 d6 2.d4 Nf6 3.Nc3 g6) is a hypermodern opening with a deceptively deadly attacking edge. Black’s g7 bishop and queen on a5 shred White’s position, setting a ton of tactical and strategic problems that will overwhelm most players. 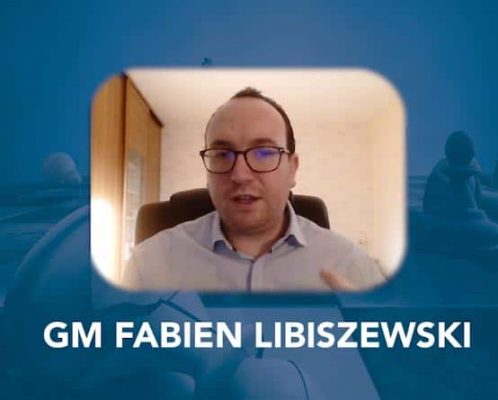 The Modern Defense is similar to the Pirc but we delay the development of the knight to f6, staying flexible and giving White more opportunity to make mistakes.

These closely-related openings contain multiple ways for Black to play for the win – all of which are revealed in GM Libiszewski’s complete training.

You get the perfect mix of plans and theory as Fabien explains the strongest strategies against each of White’s favored variations. Typical tactics that can win you the game on the spot, GM-level attacking ideas your opponents will struggle to resist… it’s all here.

Playable against 1.e4, 1.d4 and most other first moves, this is a complete repertoire you can use for the rest of your playing days. 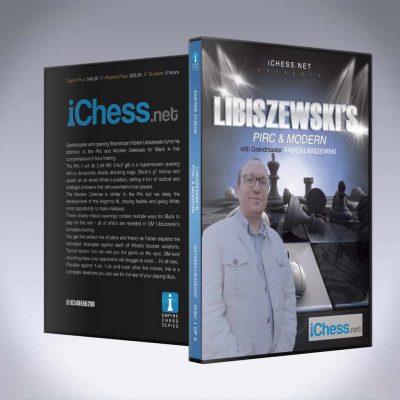 Take out these supports and White collapses.

So why play the Pirc?

Master the Pirc/Modern complex and you have one killer response to anything White comes up with.

Ready to add this fighting defense to your repertoire?

Fabien Libiszewski is a French chess International GrandMaster, he obtained his grandmaster title at the age of 25, in the year of 2009.

He learned chess from his father when he was a child, and he started competing in 1992 but he really only gets seriously involved with chess in 2002 when he decided to become a professional chess player and then started to obtain some great victories in tournaments and championship as well as international events.