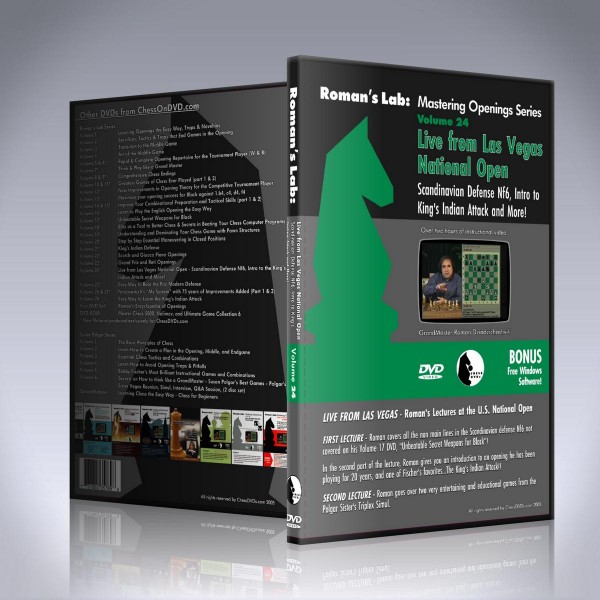 FIRST LECTURE – Roman covers all the non-main lines in the Scandinavian Defence Nf6 not covered on his Volume 17 DVD, “Unbeatable Secret Weapons for Black”!In the second part of the lecture, Roman gives you an introduction to an opening he has been playing for 20 years, and one of Fischer’s favorites … The Kings Indian Attack!!