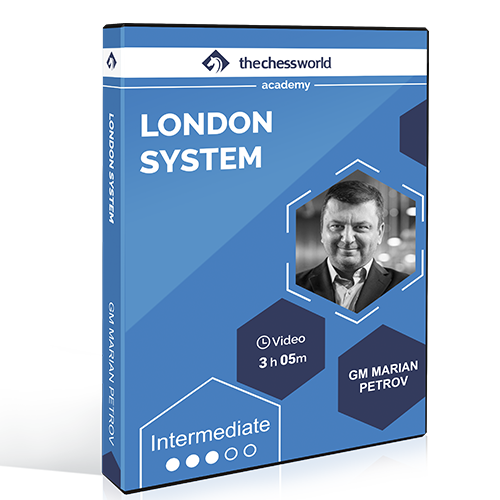 London System is one of the most popular openings nowadays, on both Grandmaster and Club levels. In this 3-hour crash course, GM Marian Petrov will reveal everything you need to know about playing the London System for White.

London System is one of the most popular openings nowadays, on both Grandmaster and Club levels. In this 3-hour crash course, GM Marian Petrov will reveal everything you need to know about playing the London System for White.

Why play the London System?

London is a System, meaning the same setup can be deployed against many different Black counters.

There is no huge amount of theory, and if you don’t want to spend ages memorizing main lines, this is something you’ll definitely appreciate.

London is a solid, yet flexible opening. That means you are not committed to the same structure and can transpose to different setups and keep your opponent uncertain for what to expect.

After 1.d4, Black has 3 typical setups, and in this course, GM Petrov will teach you how to counter each one.

Ready to include one a powerful “low-theory” System in your preparation? Let’s get started.