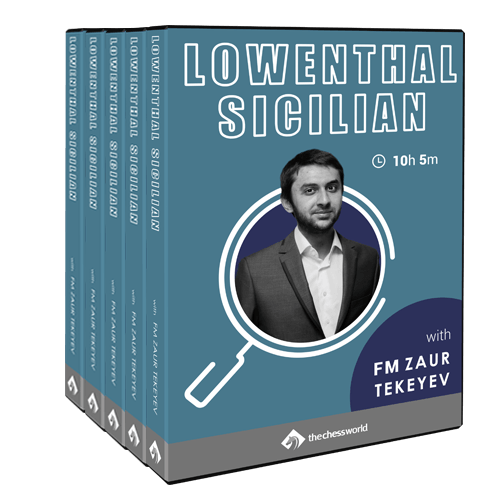 FM Zaur Tekeyev has just released his comprehensive repertoire course on the Lowenthal Sicilian and it covers EVERYTHING you need to get started winning with this line.

The Sicilian Defense is perhaps the most popular response to 1.e4 and has been favored by world champions from Fischer and Kasparov to Carlsen.

It offers you a chance to equalize the position quickly, giving a real chance to turn the tables on white and score those vital wins with the black pieces.

Loads of theory and all types of scary attacks to remember (and avoid!).

But if you’re ready to become a game-winning Sicilian player this week, Russian FM Zaur Tekeyev has a brand new recommendation for you.

The Lowenthal Sicilian is a special brand of Sicilian. You get simple, positional plans and minimal theory, plus, you avoid all of the ultra-sharp stuff other Sicilian players have to face.

No tightrope walking for you. 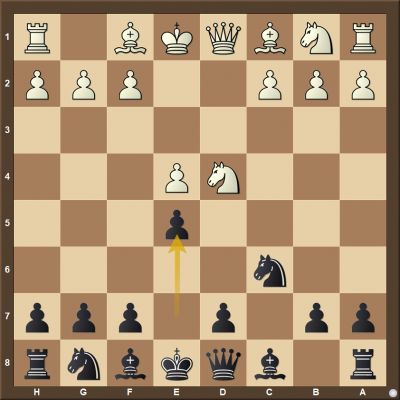 In Lowenthal Sicilian Mastermind, FM Tekeyev guides you step-by-step through this ROCK-SOLID Sicilian explaining the (very) minor amount of theory you’ll need to remember, plus, solid enough middlegame plans to draw with Magnus himself (See chapter 2!)!

The Sicilian Lowenthal Helps You…

FM Zaur Tekeyev has just released his comprehensive repertoire course on the Lowenthal Sicilian and it covers EVERYTHING you need to get started winning with this line.

is a FIDE Master with one International Master norm. Zaur has been coaching chess players of different ages and levels for many years. As a player, he has won multiple tournaments, one of the best results being the 1st place in Russian National Students’ Chess League Championship (Moscow Open, 2017). Zaur is also a big online blitz player, with online rating of over 2800.