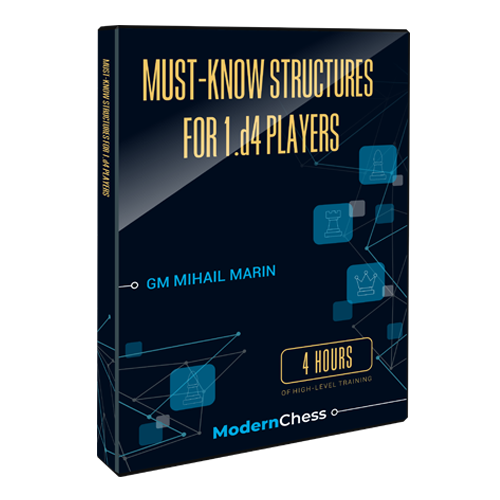 We are happy to announce the new exciting project of GM Mihail Marin - Must-Know Structures for 1.d4 Players - Part 1. In this part, GM Marin deals with 5 of the most important pawn structures every 1.d4 player should know. The course consists of 49 extensively annotated games which are divided into 5 sections. Besides, you get access to a video version with a running time of 4 hours. You will find also 53 test positions.

We are happy to announce the new exciting project of GM Mihail Marin – Must-Know Structures for 1.d4 Players – Part 1. In this part, GM Marin deals with 5 of the most important pawn structures every 1.d4 player should know.

The course consists of 49 extensively annotated games which are divided into 5 sections. Besides, you get access to a video version with a running time of 4 hours. You will find also 53 test positions.

The examples included in this database examine five typical structures after 1.d4. They all have in common that White plays cxd5 at some point in order to reach one of them.

Carlsbad Structure stands apart, by being mainly statical. There are no typical endings here, the same as with Hanging Pawns.

The other four structures feature a wealth of dynamic ideas, but static elements such as the blockade remain important. For structures 2 to 4, endings are important, especially those with a presumably “bad bishop”. A piece of clarification is required here. A bishop can be bad only in the endgame and this notion does not apply in the middlegame. For the sake of simplifying my discourse, I have sometimes used this term abusively, referring to bishops restricted by their own pawns (Isolanis, semi-hanging pawns, or mutual Isolanis). 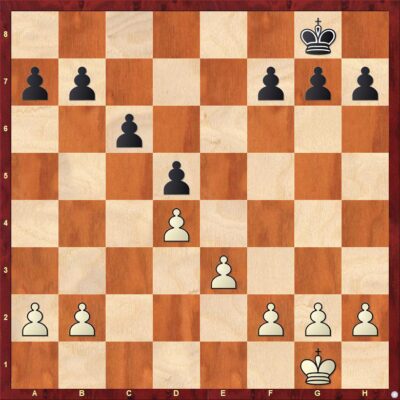 This important structure most typically arises in the Exchange Queen’s Gambit systems (cxd5 answered with …exd5). With reversed colors, we can find it in the Fischer system (3.exd5) in the Caro Kann, or after …cxd4, exd4 in what we nowadays call The London Attack.

The structure is mainly statical. By exchanging on d5, White deprives Black of dynamic changes in the center and keeps for himself the possibility of launching the so-called Minority Attack, based on b2-b4, a2-a4, and b4-b5. The selection below focuses precisely on this main plan.

We will first get acquainted with the merits of such a plan, inevitably creating queenside weaknesses to the black structure.

Next, we will find out the way Black can generate kingside counterplay, either only with pieces, or also with the help of the pawns.

This division of the attacking territories is naturally corresponding to this specific structure.

In the games with mutual attacks on the opposite wings, the final outcome frequently hangs on one tempo. Since this does not always favor Black, we have a third situation, when Black takes measures against White’s minority’s attack.

Climbing up to another level, we can find out the way White can delay his straightforward attack, preventing Black from achieving permanent queenside stability. In principle, we could climb like this endlessly (each plan has an antidote), but for didactic reasons, the aspects mentioned above should suffice. 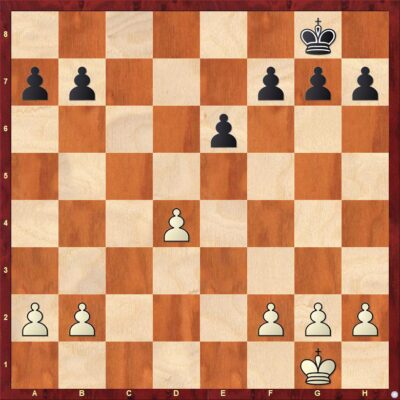 The Isolani is one of the most controversial structures. Is the isolated pawn weak or strong? Countless games disputed over the decades and centuries suggest a simple answer: “It depends”.

Since from a structural point of view, the Isolani is a weakness, we will start by investigating a few typical endings where the player with an isolated pawn has a “bad bishop”. We will see that in the absence of additional weaknesses, these endings are not that dangerous.

When playing against an Isolani, the most promising situation is when there are no minor pieces left and all major pieces are on board. In the vast majority of the cases, this ensures a practically decisive advantage.

In complex middlegame positions, with many (or all) pieces on board, the Isolani ensures its owner (we will refer to him as “White”, based on the exemplifying diagram above) considerable space advantage. There are several possible favorable situations.

1) Being better developed, White plays d4-d5, grabbing the initiative.
2) White starts a (possibly sacrificial) kingside attack, many times helped by a knight on e5.
3) If Black manages to install a minor piece (usually a knight) on d5, but does not have a backup minor piece, the exchange Nxd5 or Bxd5, forcing …exd5 would transpose to the Mutual Isolanis structure, examined separately. White would do that only if his mobilization is superior, otherwise, this would lead to equality.
4) Due to the pressure on d5, Black is forced to play …Nd5xc3, allowing White to strengthen his center with bxc3. This transposes to the Semi-Hanging pawns structure, examined in a later section. As we will see, White should be heading for such a structure only if Black was not able to establish a safe blockade on c4 and d5.

The latent tension is not always resolved in the early middlegame, though. The most consistent games are those featuring long maneuvers, without an obvious or immediate outcome. In those cases, all the situations mentioned above are worth keeping in mind permanently. 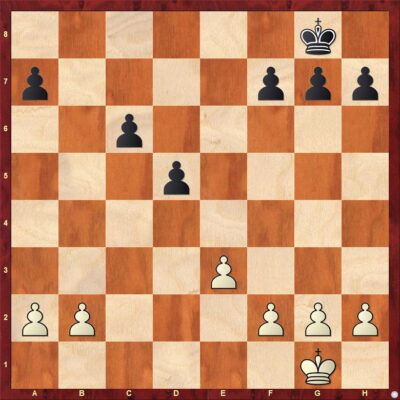 It is not easy to denominate this structure. Personally, I know it as either semi-hanging or isolated pawns. Both make sense, but I have chosen the former, which was used in other materials published by Modern Chess. It also makes sense from the point of view that Black is one step (…c6-c5) away from reaching the hanging pawns structure.

We will not examine the latter situation, since the hanging pawns are the subject of a later section. We will focus on games where the semi-hanging pawns stay like illustrated in this position for a long time.

The same as in the case of the Isolani, the first thought is that these pawns are weak. We will start by investigating the situation when the player fighting against the semi-hanging pawns (referred to as White for simplifying things) establishes a blockade on c5 and d4. We will examine a few situations with a black “bad” bishop and typical endings.

Staying immobile for a long time does not necessarily mean that these pawns are weak. If White does not manage to block them, the semi-hanging pawns yield a reliable shelter in the center. Black is likely to enjoy a certain freedom of action, most typically resulting in a dangerous kingside attack. Certain care is required, though, since the apparently rock-solid pawns can sometimes be blown into parts by piece sacrifices. 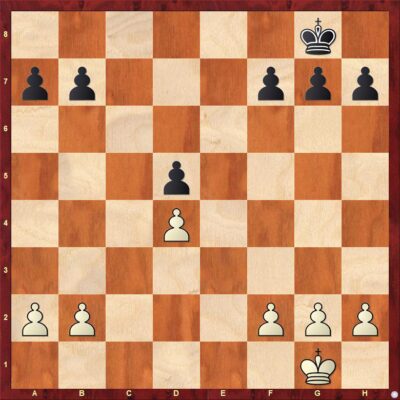 Without being entirely sure about it, I have the feeling that I have invented this term myself. “Blocked central pawns” would be another denomination, but that would not specify “the quantity” of pawns involved.

In the introduction to the Isolani, I have mentioned one typical way of reaching this structure. After one of the players gets an Isolani, he forces his opponent to get one, too. This gives some sense to the definition used here (irrespective of whether I had actually read or heard this term somewhere).

The structure is completely symmetrical, but depending on the pieces left on board and their activity, things can be very interesting.

Maintaining the general structure of the previous sections, I have started by examining a few typical endings, in which one of the players has a “bad bishop”. The drawish margin is quite wide objectively, but during an over-the-board fight, things are not that simple for the defending player.

With two open files available, the positions with major pieces only are very important. With minor pieces on board, the squares on e4/e5 (and to a lesser extent, on c4/c5) are important.

I have examined games in which maintaining (or gradually increasing) the pressure for a long time proved successful. I have also illustrated the opposite situation, when the active player makes too many commitments, allowing to is opponent to organize effective counterplay. 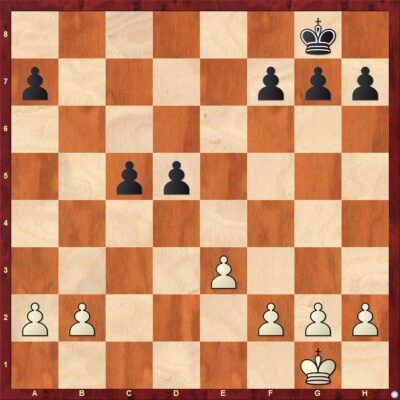 The hanging pawns structure is mostly typical for openings like the Tartakower Queen’s Gambit and the Queen’s Indian. It can also arise from other flexible systems such as the Meran Slav.

As mentioned before, semi-hanging pawns can “promote” to the hanging status.

Unlike in the previous sections, endgames are not typical. The explanation consists of the lack of completely open files, preventing the major pieces’ mass exchange.

Depending on their styles, players may consider these pawns vulnerable (hanging) or strong.

The player fighting against them (named White for simplicity’s sake) would try to force one of them to advance before Black is prepared for it.

Advancing the c-pawn is likely to leave Black with a potentially “bad” light-squared bishop, offering White excellent blocking squares on c3 and d4. The pure knight versus bishop ending is not more promising than in the similar positions with an Isolani. If we add the major pieces, though, White’s chances are better, at least from the practical point of view.

There are cases when …c5-c4 yields Black dynamic chances, though, especially if White has a pawn on b3.

Black’s dream scenario is keeping the pawns as they are for a long time and using the first given opportunity for advancing the d-pawn with decisive effects. In the hands of a knower, the hanging pawns can be a frightening strength.

The opposite scenario is also possible. White can maneuver in a way allowing him to be prepared against both …c5-c4 and …d5-d4, maintaining the pressure and creating successive threats. The advance of the d-pawn yields Black a passed pawn, which White can either attack or block. The latter is optimally done with a knight. If combined with activity along the open c- and e-files, this plan could face Black with serious problems.

is a Romanian chess Grandmaster and a very popular chess coach and author. Marin’s first major success in international chess was qualifying for the Interzonal in 1987. 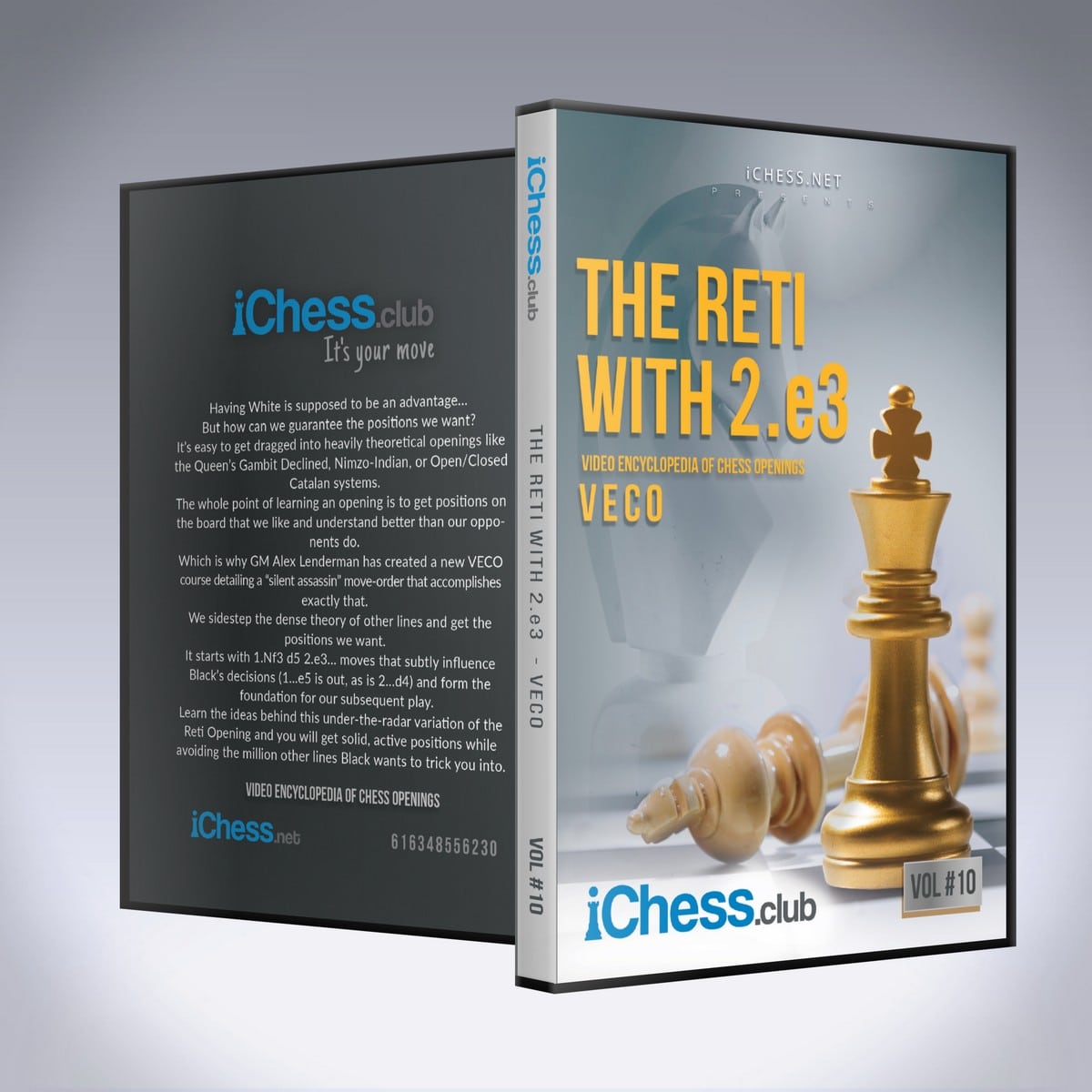 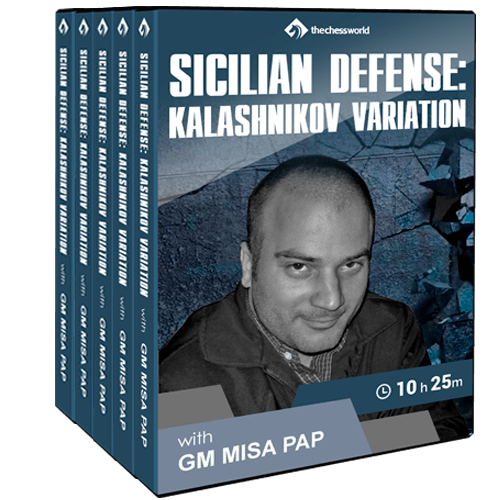 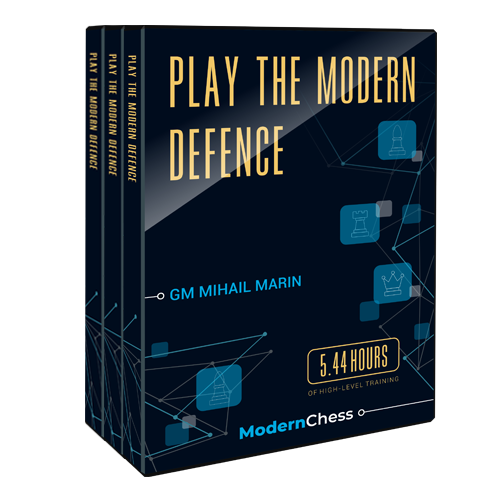 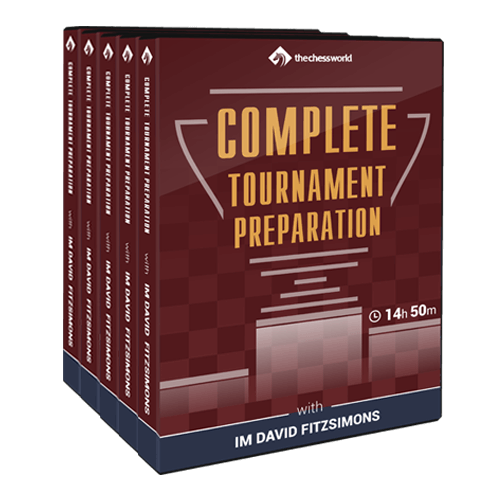 Modern Chess
Complete Tournament Preparation with IM David Fitzsimons
$149.00
We use cookies on our website to give you the most relevant experience by remembering your preferences and repeat visits. By clicking “Accept”, you consent to the use of ALL the cookies.
Cookie SettingsAccept
Manage consent