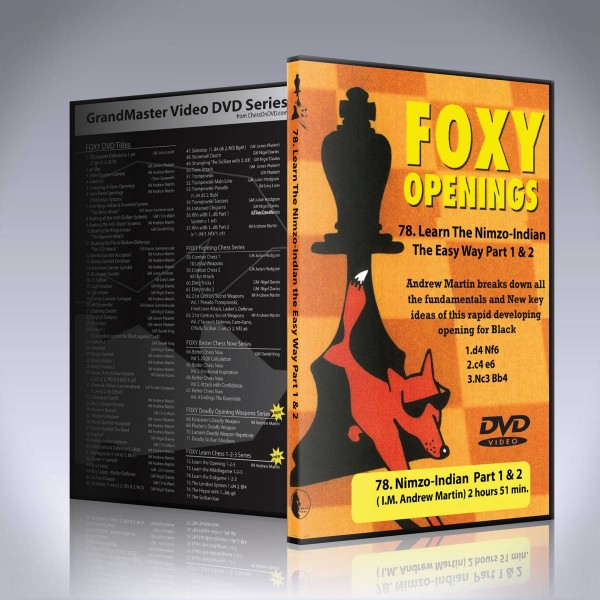 This hypermodern opening was developed by Grandmaster Aron Nimzowitsch who introduced it to master-level chess in the early 20th century. Unlike most Indian openings, the Nimzo-Indian does not involve an immediate fianchetto, although Black often follows up with …b6 and …Bb7.

This hypermodern opening was developed by Grandmaster Aron Nimzowitsch who introduced it to master-level chess in the early 20th century. Unlike most Indian openings, the Nimzo-Indian does not involve an immediate fianchetto, although Black often follows up with …b6 and …Bb7. By pinning White’s knight Black prevents the threatened 4.e4 and seeks to inflict doubled pawns on White. White will attempt to create a pawn centre and develop his pieces to prepare for an assault on the Black position.

Black’s delay in committing to a pawn structure makes the Nimzo-Indian (sometimes colloquially referred to as the “Nimzo”) a very flexible defence to 1.d4. It can also transpose into lines of the Queen’s Gambit or Queen’s Indian Defence. The Nimzo-Indian is a very popular and well-respected defence to 1.d4 and has been played by every world champion since Capablanca. Indeed, White often plays 3.Nf3 to avoid the Nimzo-Indian, allowing him to meet 3…Bb4 (the Bogo-Indian Defence) with 4.Bd2 or 4.Nbd2 rather than 4.Nc3.

In this 171 minutes DVD, IM Andrew Martin breaks down all the fundamentals and new key ideas of this rapidly developing opening for Black.