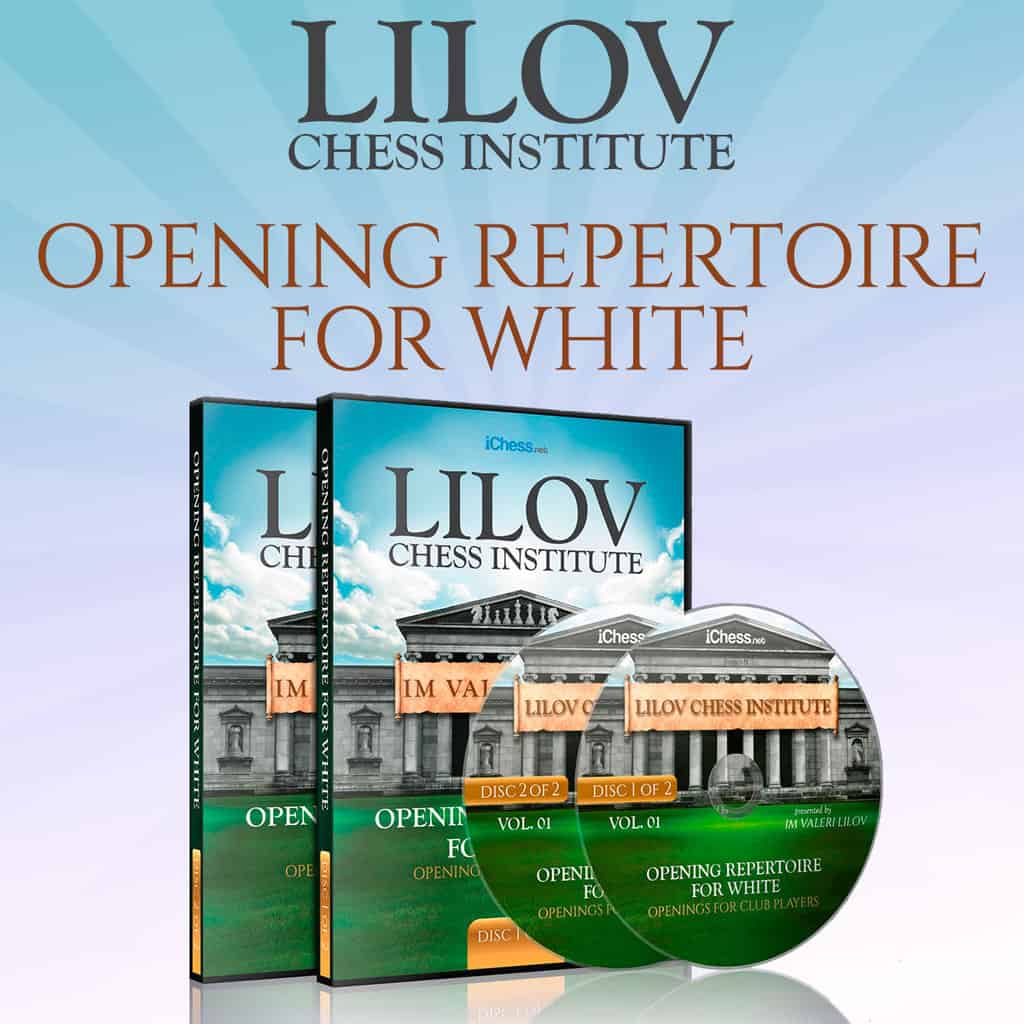 0 Review(s) (0)
$9.95
If you want to obtain better positions out of the opening – and avoid any nasty traps – this comprehensive repertoire from IM Valeri Lilov is the ideal solution for you.
Add To Cart
About the Course Additional Information Reviews (0)
Product Description

If you want to obtain better positions out of the opening – and avoid any nasty traps – this comprehensive repertoire from IM Valeri Lilov is the ideal solution for you.

IM Lilov has selected his favorite chess openings for white to deal with the players you are most likely to face in club and tournament play.

Whether you’re a 1.e4 or 1.d4 player, you’ll find answers to all your opening problems.

Want a powerful line that takes French Defense players out of their book early?

Need to know what to do against the Dutch? Struggling against the Sicilian? IM Lilov has got you covered.

Huge, unreadable opening books are a thing of the past. Now you have the knowledge you need at your fingertips.

If you want to learn some powerful ideas on chess openings for white, pretty much against whatever your opponents throw at you, make sure you take this awesome course with IM Valeri Lilov!

IM Valeri Lilov (aka Tiger Lilov), is a professional chess coach and lecturer renowned for his personalized approach to training students and professional players from all over the world.

Lilov was born in 1991 in Varna, Bulgaria, Valeri first learned to play chess at the age of three. Having been an active tournament player all his life, he has won many international open tournaments and championships including the European Individual School Chess Championship U10 (Moscow, 2000) and the Kulaga Memorial International Open (Minsk, 2007).

His achievements to date have earned him the International Master title, as well as an official FIDE rating of 2438. IM Valeri Lilov’s chess training career started over a decade ago when he was first giving lessons in Bulgarian and then in English over the internet.

If you’re serious about getting better at chess but don’t have much time to spend on study, IM Lilov will teach you how to choose an excellent repertoire of chess openings for white, you’ll able to experience real improvement in your play.

Here are some of the things you’re going to learn:

If you want to learn some powerful ideas against whatever your opponents throw at you with the black pieces, make sure you join IM Valeri Lilov for this exclusive chess course on chess openings for white!