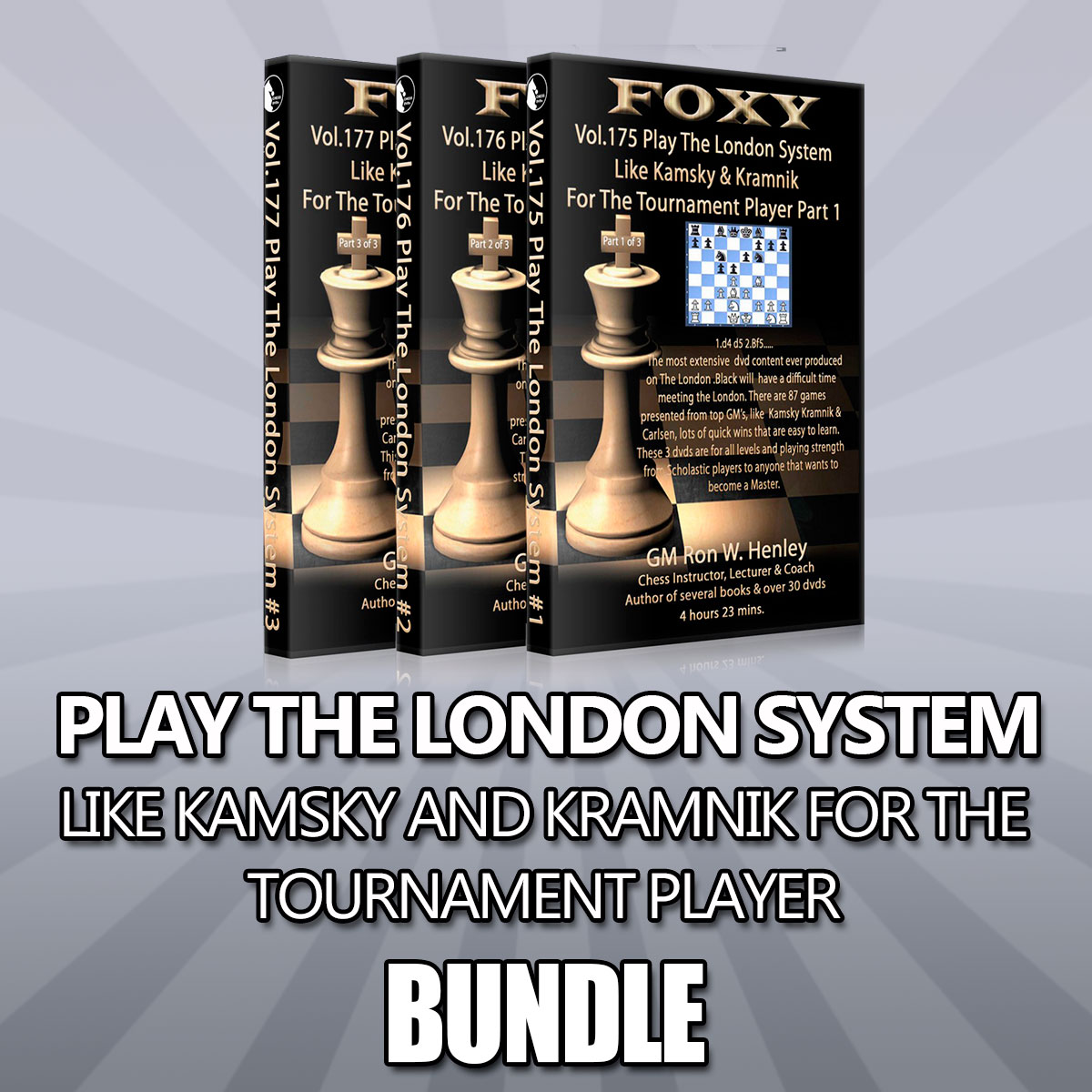 The London System is enjoying a resurgence in popularity now, with Kramnik and Carlsen among the top-level practitioners. It’s far from being the exclusive property of elite GMs, however.

The London System is enjoying a resurgence in popularity now, with Kramnik and Carlsen among the top-level practitioners.

It’s far from being the exclusive property of elite GMs, however.

GM Ron Henley’s 13 hour London System for the Tournament Player teaches you an opening you can play against nearly anything Black tries and does so without dumping a ton of computer analysis on you and expecting you to remember it all.

Instead, GM Ron Henley shows you the most brilliant and instructive games across the history of the London System, everything from Capablanca to Carlsen, feeding you memorable, game-winning ideas.

Some of the game-winning ideas you will learn:

The great thing about this course is Ron Henley’s summaries at the end of each game. These are short bullet-points on the key “takeaways” from each game, such as “Rubinstein allows Black to capture on f4, then uses the doubled f-pawns to clamp down on e5”. Quick notes that help you remember entire strategies.