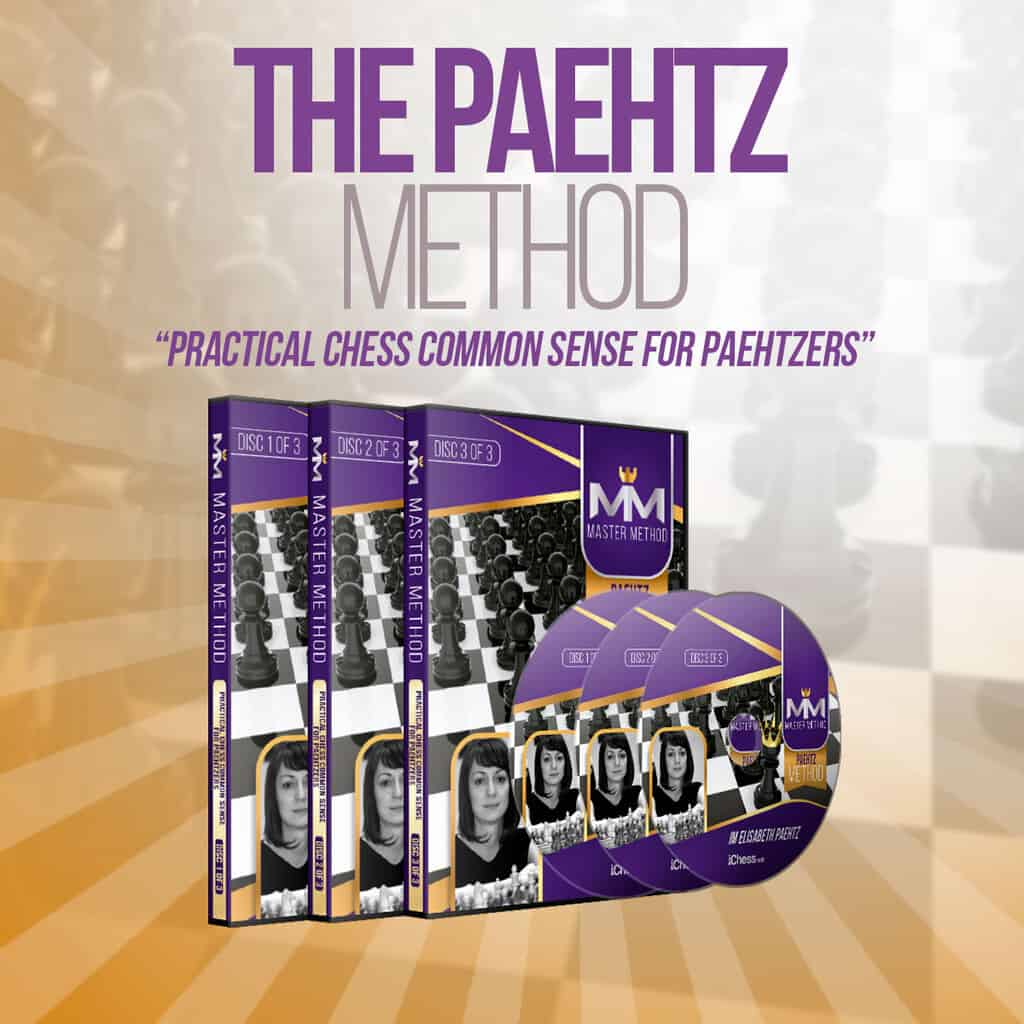 What you have here is The Paehtz Method — her official 15-hour course sharing the optimized approach she recommends for achieving chess mastery in record time.

From her early childhood, the chess world predicted Elisabeth Paehtz would one day become one of Germany’s strongest chess players.

She absorbed chess concepts fast and, gifted with an intuitive sense of the chessboard, she somehow knew where the pieces belonged, winning game after game in big tournaments.

So when she scored a stunning victory in the World Youth Championships in 2002, many people were not surprised.

Ten Chess Olympiad appearances later…she is a force to be reckoned with.

What you have here is The Paehtz Method — her official 15-hour course sharing the optimized approach she recommends for achieving chess mastery in record time.

A lot of players dedicate tons of time to chess without getting the results they are looking for. IM Eli Paehtz is well aware of that and took on the task of creating a course that would help these players to get better results based on common sense in chess rather than learning and memorizing tons of theory.

IM Paehtz covers the factor of emotions and fear which may sometimes influence your choices at the early stage of the game, how to face them and also how to take advantage of them.

This part covers the most important topics of positional chess such as maneuvering, open files, positional sacrifices, the importance of exploiting strong squares and much more.

Because it’s always important to learn how to win blocked or superior positions using the principle of two weaknesses (diagram) or minor sacrifices to breakthrough. IM Paehtz teaches you the key principles that will see you win many endgames!

In this section, we can appreciate several extraordinary moves that seemed magical to IM Paehtz when she first experienced them. They also may encourage you to keep fighting when you believe there is no chance to save a game!

Most of the topics and examples covered in this course accompanied Eli Paehtz on her way to becoming one of the top 20 women in the world.