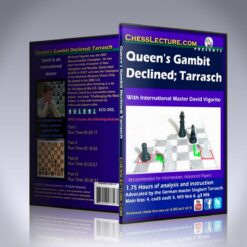 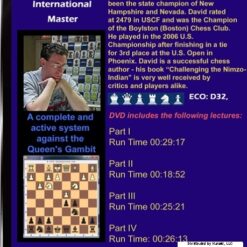 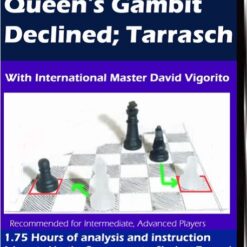 IM David Vigorito gives an overview of a system advocated by the German master Siegbert Tarrasch in which the main line is: 4. cxd5 exd5 5. Nf3 Nc6 6. g3 Nf6. A complete and active system against the Queen’s Gambit.

IM David Vigorito gives an overview of a system advocated by the German master Siegbert Tarrasch in which the mainline is: 4. cxd5 exd5 5. Nf3 Nc6 6. g3 Nf6. A complete and active system against the Queen’s Gambit.

Content: 99 minutes of instruction and analysis in a series of 4 lectures. PGN Included.

Chess Fans have said: Great series David. I feel I am learning about the middlegame as well as a specific opening with all your comments about the minor pieces. 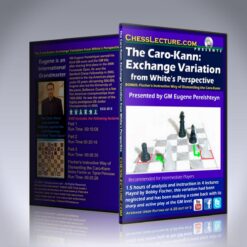 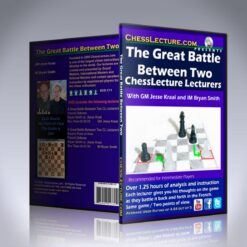 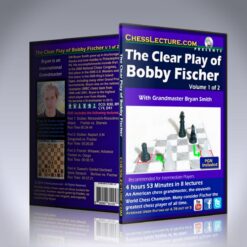 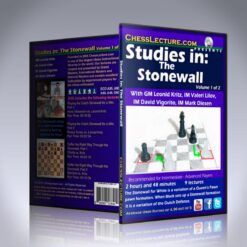 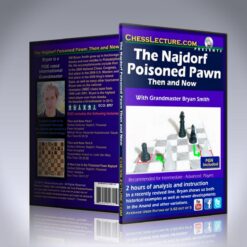 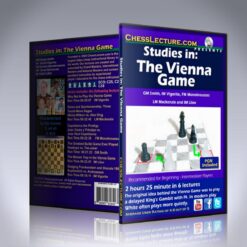 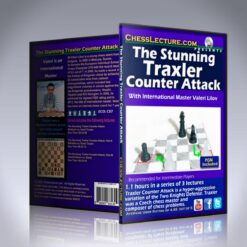 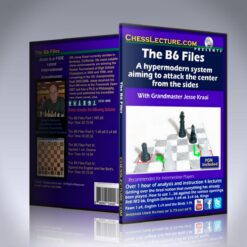