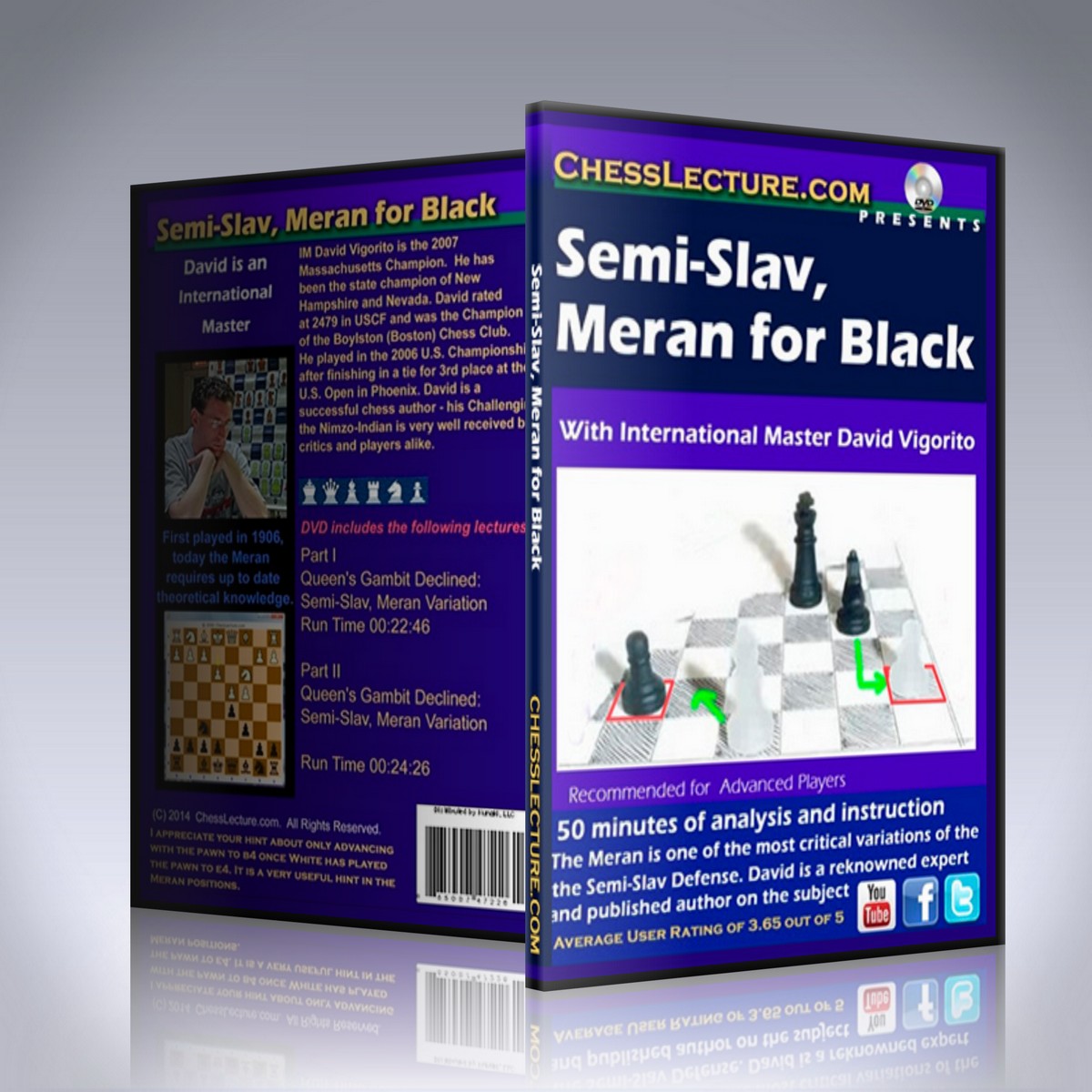 0 Review(s) (0)
$9.95
The Meran is one of the most critical variations of the ever-popular Semi-Slav Defense. Davis is a renowned expert and published author of theoretical works on the Semi-Slav Defense. First played in 1906, today the Meran requires up to date theoretical knowledge.
Add To Cart
About the Course Additional Information Reviews (0)
Product Description

Content: 47 minutes of instruction and analysis in a series of 2 lectures. PGN Included.

Chess Fans have said: I appreciate your hint about only advancing with the pawn to b4 once White has played the pawn to e4. It is a very useful hint in the Meran positions.