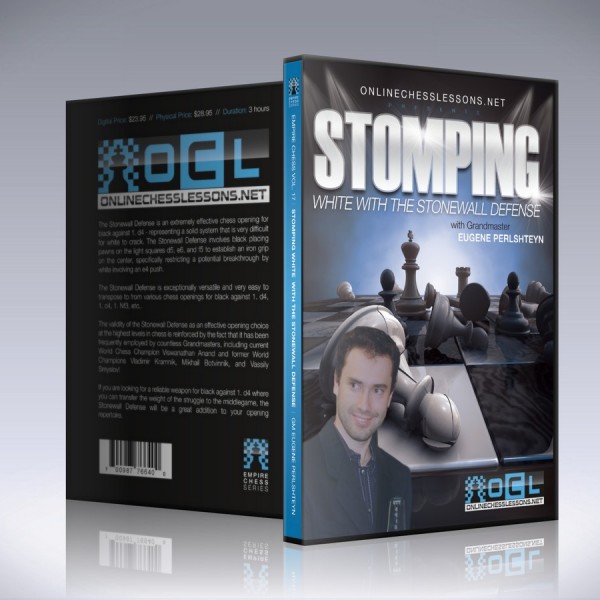 Grandmaster Eugene Perelshteyn is an extremely experienced chess trainer who has employed the Stonewall Defense with consistent success at the GM level. From a superficial glance, the Stonewall Defense may appear very simple (place your pawns on the light squares, trade your light-squared bishop or activate it via ..b6 and ..Ba6, and don’t let white play e4) – GM Perelshteyn is quick to point out common tactical and positional pitfalls. The Stonewall Defense also has an undeserved reputation for being a very drawish, passive opening – but GM Perelshteyn presents multiple attacking patterns in the center and kingside for black that can destroy any opponent with the white pieces! This chess DVD will improve your opening play with black and provide you with the knowledge to stomp white with the Stonewall Defense!