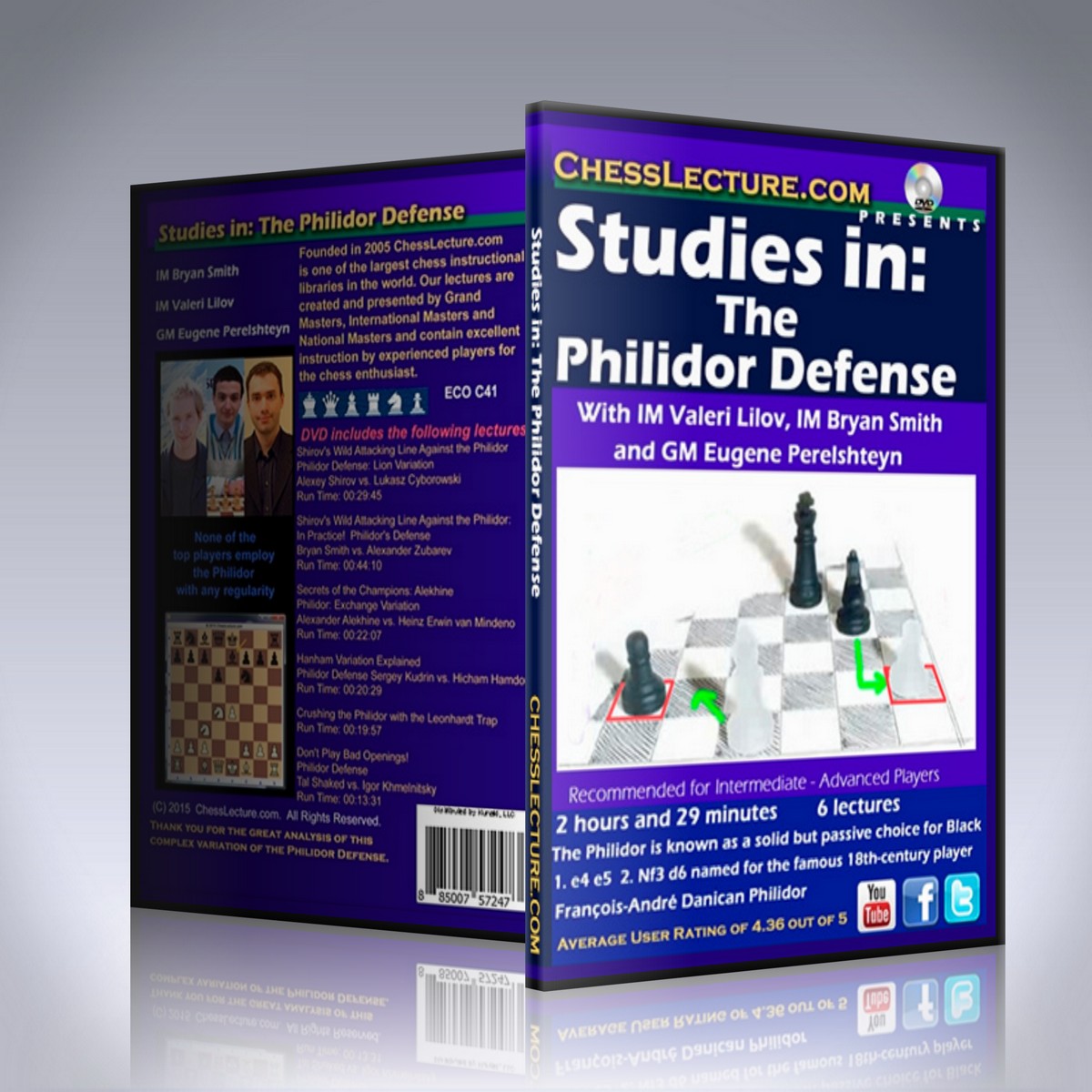 In this DVD our masters go over both how to employ the Philidor and how to defeat it as well as several variations on the Philidor including Lion and exchange variation.

Characterized by the moves: 1. e4 e5 2. Nf3 d6 Named after the famous 18th-century player François-André Danican Philidor, who advocated it as an alternative to the common 2…Nc6. His original idea was to challenge White’s center by the pawn thrust f7–f5. Today, the Philidor is known as a solid but passive choice for Black. Because of this, it is seldom seen in top-level play except as an alternative to the heavily analyzed openings that can ensue after the normal 2…Nc6. In this DVD our masters go over both how to employ the Philidor and how to defeat it as well as several variations on the Philidor including Lion and exchange variation.

Content: 149 minutes of instruction and analysis in a series of 6 lectures. PGN Included.

Chess Fans have said: Thank you for the great analysis of this complex variation of the Philidor Defense.