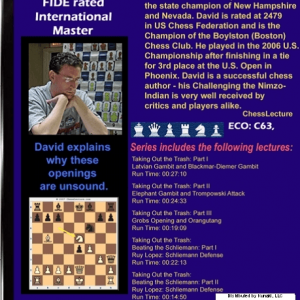 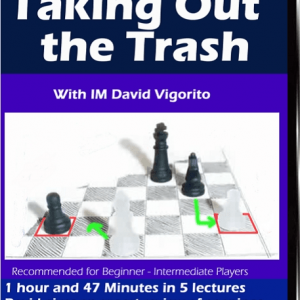 IM David Vigorito reviews openings that are seen at the club level but not beyond and explains their weaknesses in detail. Why are they unsound? Find out.

Taking Out the Trash

IM David Vigorito reviews openings that are seen at the club level but not beyond and explains their weaknesses in detail. Why are they unsound? Find out.

Content: 107 minutes of instruction and analysis in a series of 5 lectures. PGN Included.