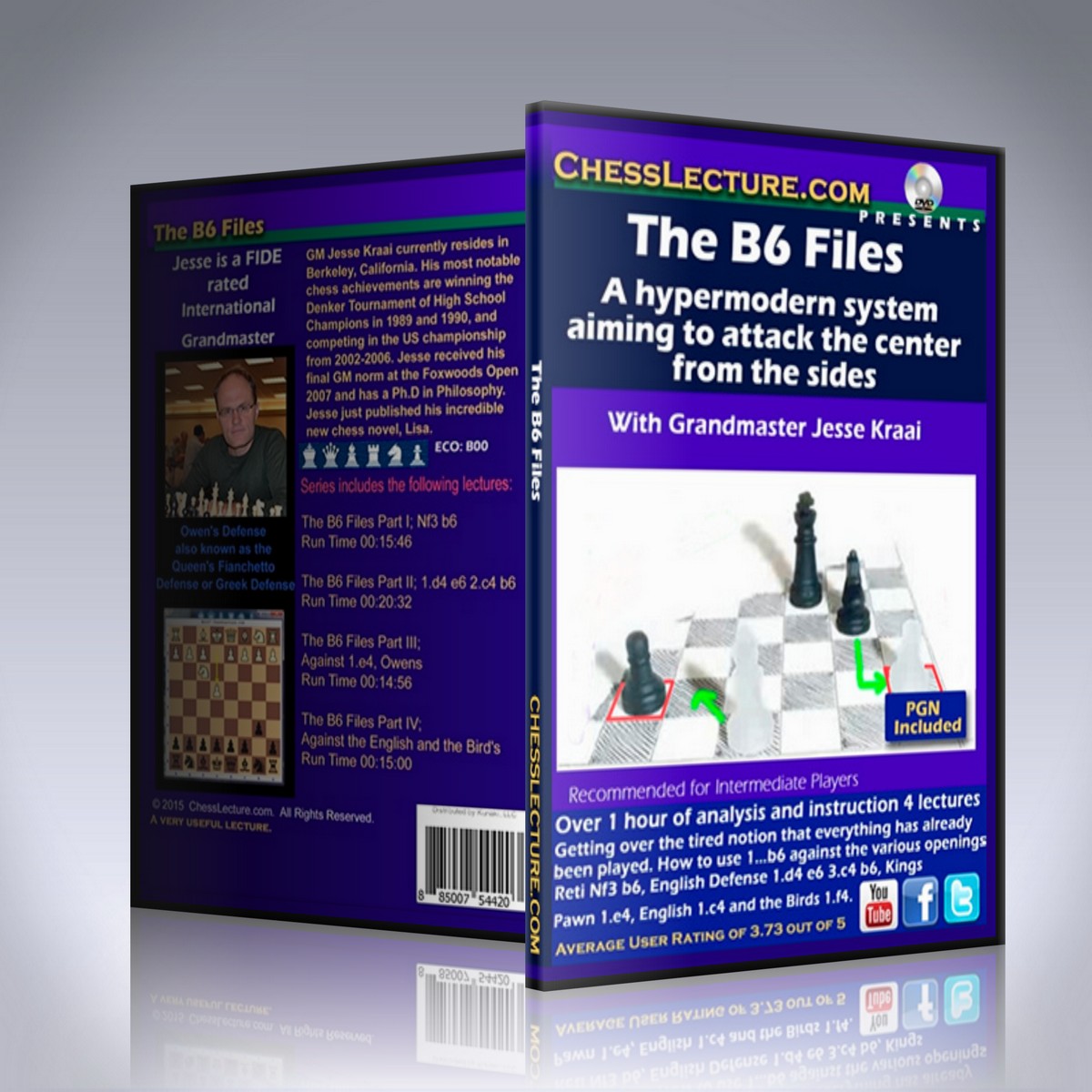 0 Review(s) (0)
$9.95
GM Jesse Kraai gets us over the tired notion that everything worth playing has already been played. In this series Jesse reviews how to use 1 b6… against various openings including Reti Nf3 b6, English Defense 1.d4 e6 3.c4 b6, Kings Pawn 1.e4, English 1.c4 and the Birds 1.f4.
Add To Cart
About the Course Additional Information Reviews (0)
Product Description

GM Jesse Kraai gets us over the tired notion that everything worth playing has already been played. In this series, Jesse reviews how to use 1 b6… against various openings including Reti Nf3 b6, English Defense 1.d4 e6 3.c4 b6, Kings Pawn 1.e4, English 1.c4 and the Birds 1.f4.

Content: 66 minutes of instruction and analysis in a series of 4 lectures. PGN Included.