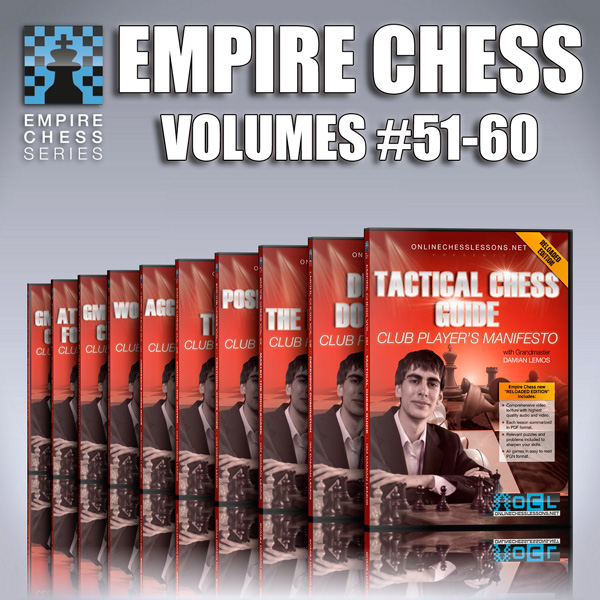 The Club Player’s Manifesto Series is a brilliant approach to learning the core essentials for club players up to Candidate Master, guided by Grandmaster Damian Lemos, one of the World Leaders in Chess DVD presentation.

The Club Player’s Manifesto Series is a brilliant approach to learning the core essentials for club players up to Candidate Master, guided by Grandmaster Damian Lemos.

Exclusive Grandmaster Video by a brilliant presenter.
Extended PDF summaries have numbered matching bullet points of all pertinent content.
Dozens of relevant practice problems per disc of a structured 10 DVD set.
The most comprehensive club players “DVD course with materials” ever released.
PGN files included free for every DISC.
Option to contact GM Damian Lemos for Skype support lessons.
Brought to you by iChess.NET – The World Leaders in DVD education.
Included Products