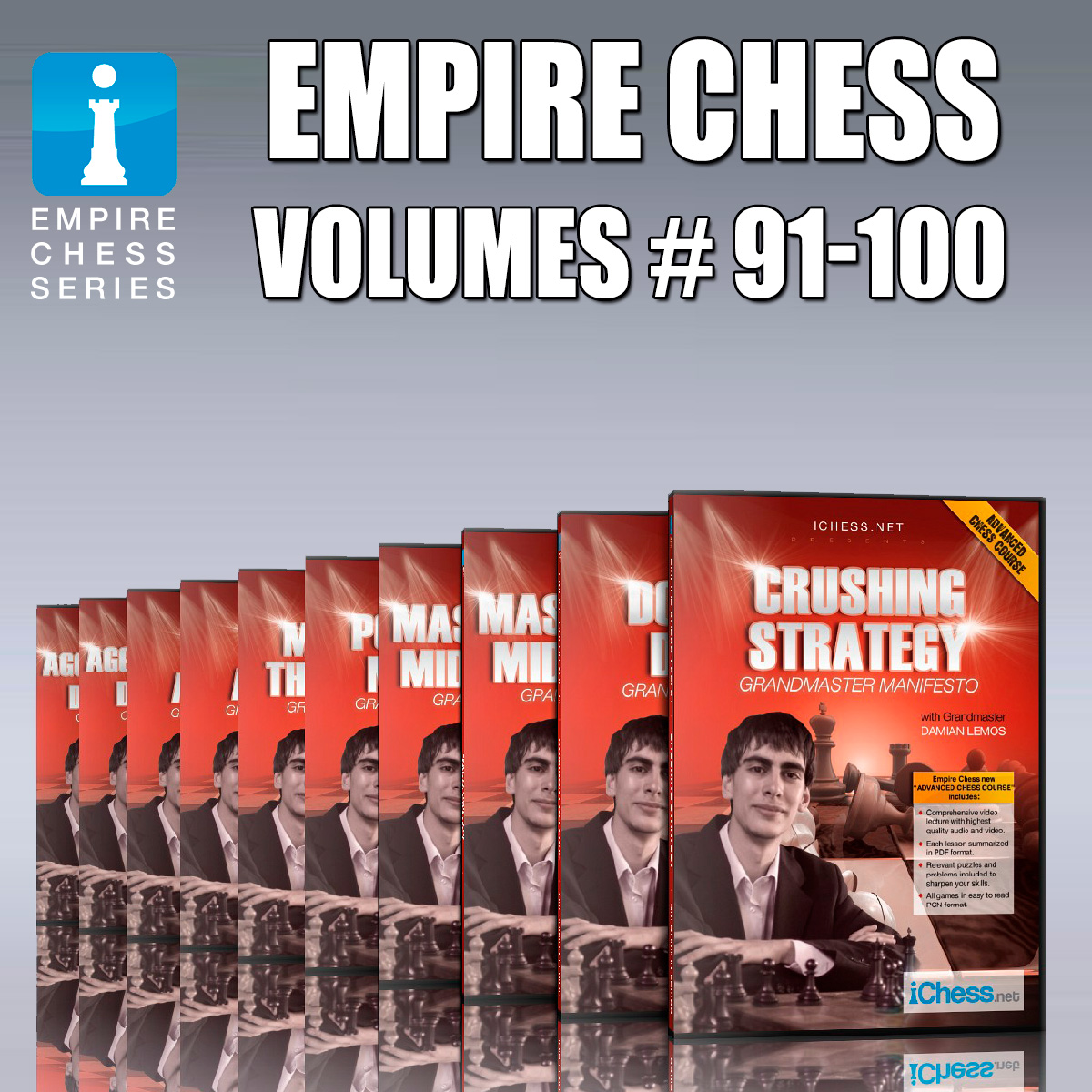 "If you are serious about becoming a really strong player, already know the essential building blocks of chess and are prepared to really stretch yourself, then the Grandmaster Manifesto is the ideal training course to get you to the highest levels."

Get ready to skyrocket your chess with the Grandmaster Manifesto. Following on from his hugely popular Club Player’s Manifesto, GM Damian Lemos returns with a 10-course bundle designed to take your chess to a whole new level.

Using the same “one-on-one” coaching style of the Club Player’s Manifesto, GM Lemos teaches you the advanced material and insights necessary to achieve master titles and beyond.

To succeed at the higher levels of chess you need a refined understanding and technique. It’s all too easy to repeat what has served you well at lower levels but this won’t get you wins against stronger players.

The Grandmaster Manifesto will save you from many painful defeats, frustrating draws and years of trial-and-error by giving you the key information you need to compete at the top level.

GM Lemos reveals all of the key concepts that enabled him to earn the Grandmaster title, all of the lessons he had to learn the hard way and gives you the advice he wishes he had been given when he started his journey to GM. The Grandmaster Manifesto is designed for advanced players (2000) but ambitious players with a lower rating will also benefit from it.

This 17-hour course will teach you:

If you are serious about becoming a really strong player, already know the essential building blocks of chess and are prepared to really stretch yourself, then the Grandmaster Manifesto is the ideal training course to get you to the highest levels.

To be a top player you must have a good grasp of chess strategy – this involves accurately evaluating a position, setting goals and forming a long-term plan to realize those goals. This is not as easy as it might sound – most club players never really get a good feel for strategic thinking. If you want to improve your strategic play then it is important to study GM level strategic games with clear explanations. This was the inspiration for this Course from GM Damian Lemos, “Crushing Strategy”.

Chess legends Viktor Korchnoi and Tigran Petrosian were famous for their incredible defensive skills. They were such masters of the art of defense that they actually encouraged their opponents to attack them, knowing that they would give away too much material or ruin their position trying to make an attack work. In attack, players are too optimistic. In defense, too pessimistic. Change this and you will have a big advantage over your opponents.

Volume 93: Mastering the Middlegame I

The middlegame is the richest and varied phase of chess. The near infinite possibilities call for a vast array of knowledge and skills. As chess players, we need to take into account pawn structure, strategic maneuvering, creation of outposts, wild tactics and promotion tricks just to name a few. If we want to win games then we need to know what to do in as many scenarios as is possible. We need to pick out elements of a position and know the techniques required to exploit them. With so much to learn, where should you, the ambitious chess student, start?

For most players, playing a beautiful attacking sacrifice, destroying the defense and checkmating the King is the most exciting way to win games. The final combinations are rarely the most difficult part of a successful attack, however. The real sign of a strong chess player is the ability to build a superior position in the first place. This requires a broad positional understanding and knowledge of techniques. “Mastering the Middlegame” sets out to provide you with exactly those skills.

If you have ever played in a game where you had the better position but just couldn’t make progress then this Course on positional chess is for you! To win games against strong players you need an extra set of skills to the usual attacking ideas. There are many careful players who will close the position or passively defend until you try something too optimistic, giving away material or making a concession which eventually allows them to win. Incredibly frustrating!

Kasparov, Kramnik, and Carlsen have all stated that studying the classics was an important element in their chess education. Bobby Fischer knew the games of Staunton, Morphy, and Steinitz inside out. The great games of the past are an absolute goldmine of valuable chess lessons. Whilst opening trends come and go, many ideas remain true and can be used in our games today.
GM Damian Lemos had this in mind when he decided to record a DVD on “Mastering the Classics”.

If you want to win game after game against even the toughest opposition then you need to know the ideas in this DVD on the master level attacking chess. Every chess player reaches the stage where they come up against solid defenders – you try a few ideas but they seem to have everything covered. You end up exchanging pieces and eventually agree on a draw. It’s frustrating and you know you have the potential to win the games.

If you have ever had a great position but not known how to continue the attack or found that your opponent has everything defended then you need to learn advanced attacking chess. You are capable of winning every game that you have played this year – all it takes is to pick up the attacking strategies and tactical patterns that the masters know and apply them to your games.

Aggressive chess wins games. Players like Garry Kasparov and Mikhail Tal were renowned for winning with attacks so powerful that their opponents would be shell-shocked when they finally knocked over their King. The aggression doesn’t begin with the attack on the King, however. This style of chess is about playing moves that force your opponent on to the back foot right from the opening, demanding their utmost concentration not to get blown off the board. As you keep pushing them back their pieces become passive, you begin an attack and they just about counter your threats until you pick up a piece and exchange it for a pawn in front of their King. Check. And it slowly sinks in that your sacrifice forces a mate in 3.

Playing aggressive chess is the key to overpowering your opponents, winning more games and tournaments and doing it in style. Legendary champions like Bobby Fischer and Garry Kasparov played with such power that people were actually afraid to sit down at the board opposite them. Too many players, however, are one-dimensional in their approach – their threats are easy to defend and their plans are easy to predict. If you find that your opponents equalize without too much trouble – even if only in a few of your games – then it’s time to upgrade your chess. 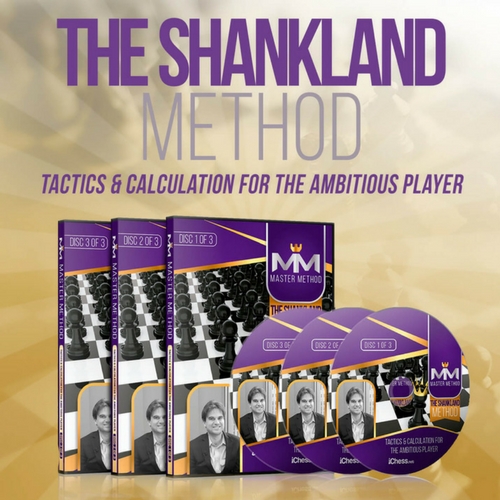 iChess
The Shankland Method 2 - Tactics and Calculation for the Ambitious Player
$79.95

iChess
Crushing Queen Pawn Opening Bundle
$34.99
We use cookies on our website to give you the most relevant experience by remembering your preferences and repeat visits. By clicking “Accept”, you consent to the use of ALL the cookies.
Cookie SettingsAccept
Manage consent