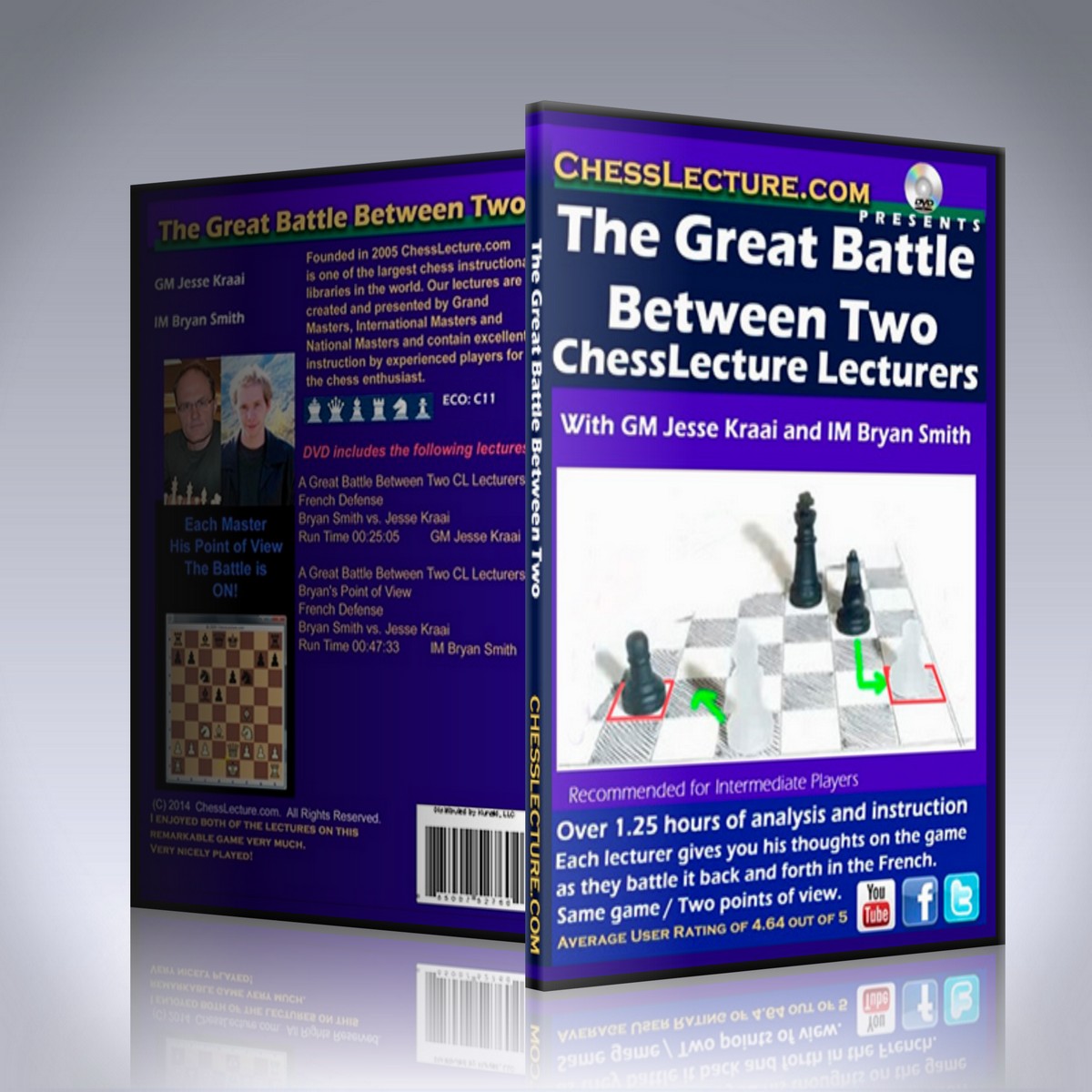 GM Jesse Kraai and Bryan Smith in combat over the board. An exciting account of two great minds in a struggle over the board and in the French: 1 e4 e6 2 d4 d5 3 Nc3 Nf6. 2 lectures, 2 points of view, same game!

GM Jesse Kraai and Bryan Smith in combat over the board. An exciting account of two great minds in a struggle over the board and in the French: 1 e4 e6 2 d4 d5 3 Nc3 Nf6. 2 lectures, 2 points of view, same game!

Content: 72 minutes of instruction and analysis in a series of 2 lectures. PGN Included.

Chess Fans have said: I enjoyed both of the lectures on this remarkable game very much! Very nicely played! 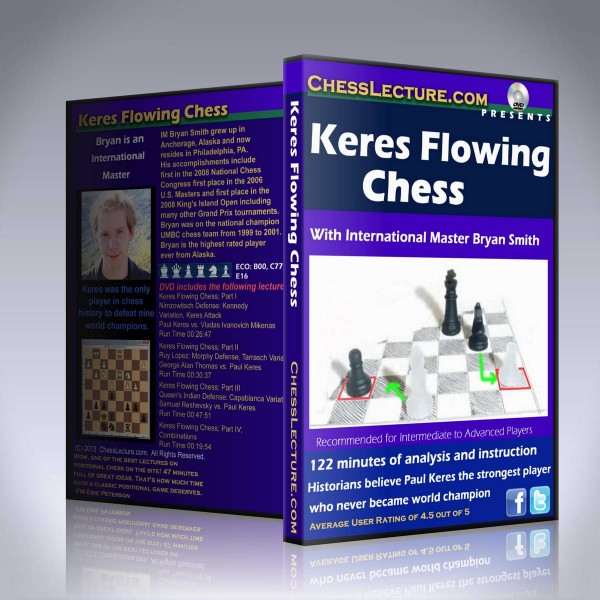 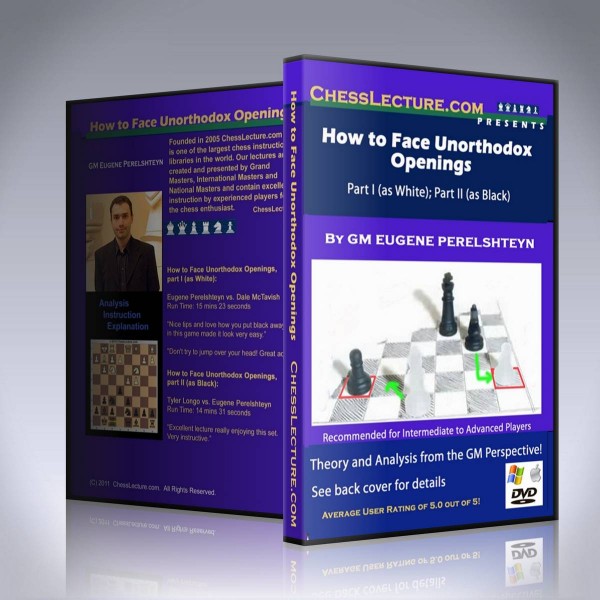 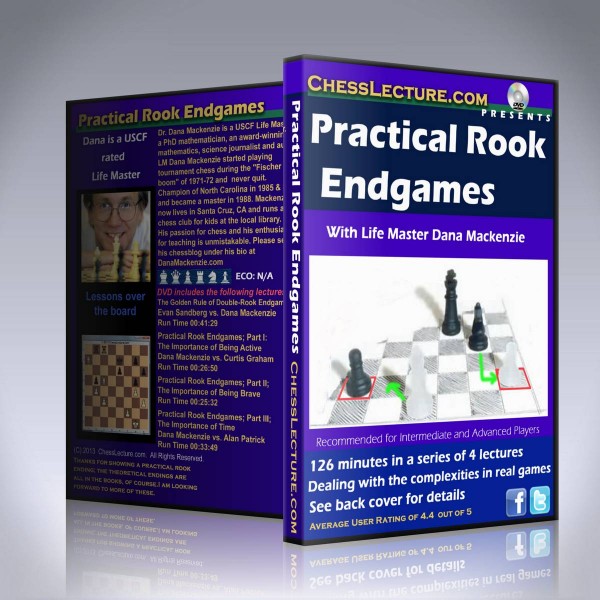 ChessLecture
Practical Rook Endgames – LM Dana Mackenzie
$9.99
We use cookies on our website to give you the most relevant experience by remembering your preferences and repeat visits. By clicking “Accept”, you consent to the use of ALL the cookies.
Cookie SettingsAccept
Manage consent