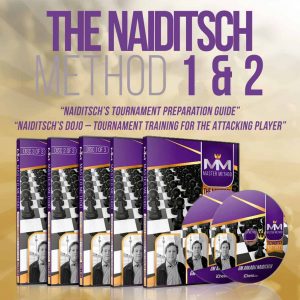 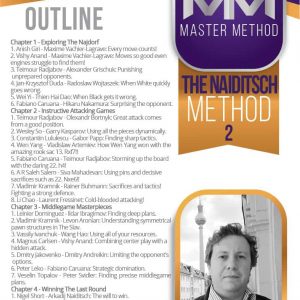 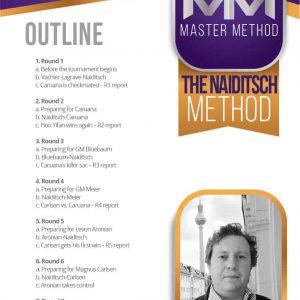 Join Super GM Arkadij Naiditsch (peak rating 2737) as he takes on 4 of the world’s top 10 players in the Grenke Chess Classic.

Join Super GM Arkadij Naiditsch (peak rating 2737) as he takes on 4 of the world’s top 10 players in the Grenke Chess Classic.

In a unique format, GM Naiditsch shares his thoughts, feelings, and plans before and after each round, giving incredible insight into the world of a competitive player.

Learn how a chess pro prepares for specific opponents, how he manages his emotions after good and disappointing results plus get inside a Super GM’s thought process as Arkadij analyzes each of his games right after finishing playing.

Not only that, but GM Naiditsch also analyzes each of the other 3 games played every round, revealing the secrets of elite level chess.

If you want to be a more successful competitive chess player, arm yourself with a pro’s best tips and tricks with Naiditsch’s Tournament Preparation Guide.

GM Naiditsch begins with a deep exploration of the Najdorf, an extremely sharp and powerful opening, showing how rich it can be, and how many creative options Black has as their disposal.

Next, GM Naiditsch analyses some of the greatest attacking games of recent memory, from a beautiful queen sacrifice from Radjabov to Caruana’s daring pawn rush. You’ll pick up some of the key attacking ideas being employed by the world’s best.

Many players understand the general opening principles and learn basic endgame tactics, but often fall apart in the middlegame. How do you find a plan in this crucial part of the game? By examining 7 recent masterpieces, GM Naiditsch reveals the nuances of the middlegame, unveiling the positional and strategic ideas you can employ in your games. Turn those tense close games into victories!

What good is all this master-level material if you struggle to think straight in the important, stressful games? Building upon his Tournament Preparation Guide, GM Naiditsch uses four of his own games to delve into useful tips and advice for preparing for that last round game.

Chapter 4 – Winning The Last Round

The GingerGM Method – Chess Improvement Secrets for the Busy Player

From Novice to Advanced by Mato Jelic