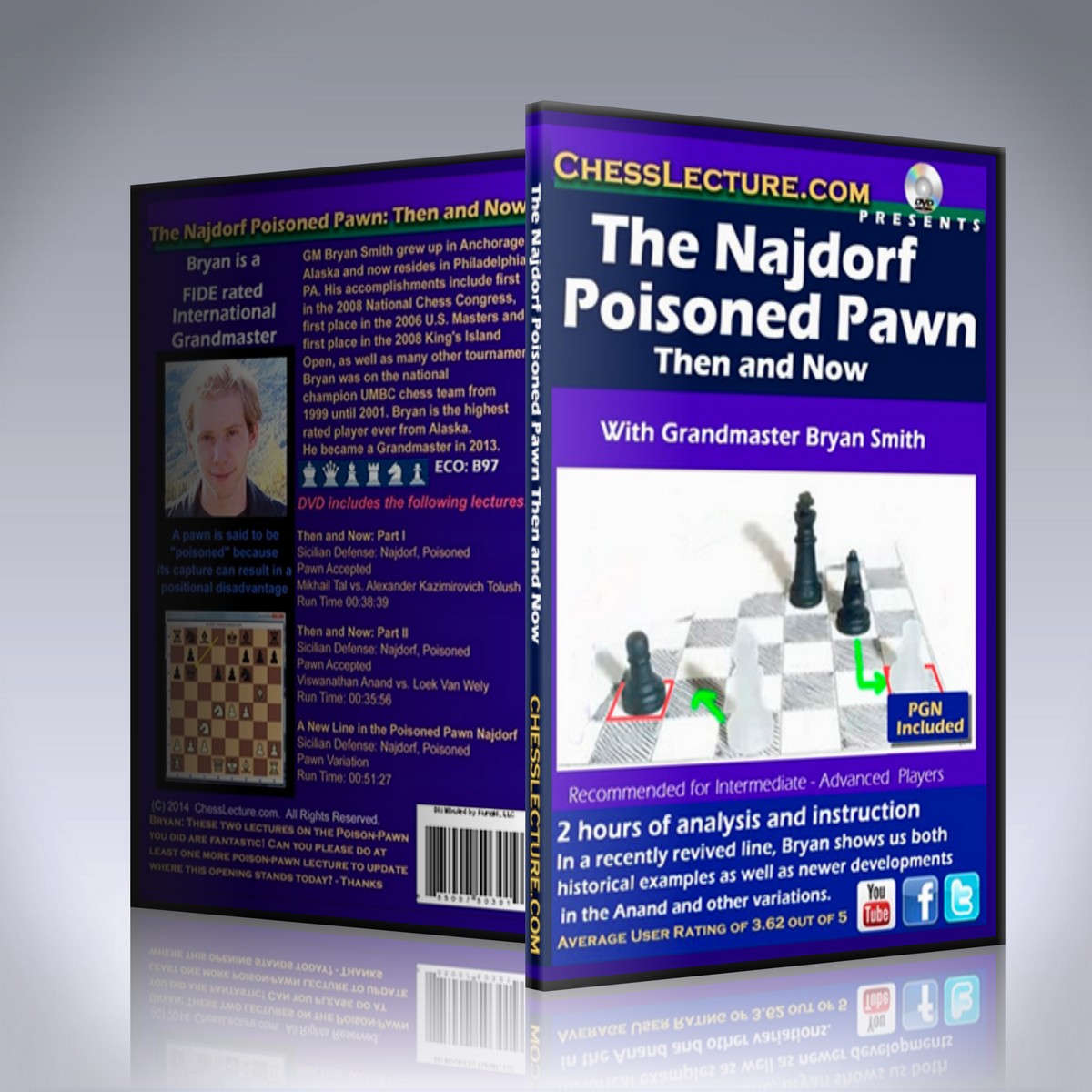 0 Review(s) (0)
$9.99
A pawn is said to be poisoned because its capture can result in a positional disadvantage and or the loss of material. The best known of these is a line of the Sicilian Defense, Najdorf Variation. One of the pioneers of this line was David Bronstein, who tied the 1951World Championship match against Mikhail Botvinnik 12–12.
Add To Cart
About the Course Additional Information Reviews (0)
Product Description

The Najdorf Poisoned Pawn: Then and Now

A pawn is said to be poisoned because its capture can result in a positional disadvantage and or the loss of material. The best known of these is a line of the Sicilian Defense, Najdorf Variation. One of the pioneers of this line was David Bronstein, who tied the 1951World Championship match against Mikhail Botvinnik 12–12. Bobby Fischer later became a practitioner, playing it with great success. Recently revived GM Bryan Smith shows you how it was historically used, and how our modern top-class players such Anand are using it.

Content: 126 minutes of instruction and analysis in a series of 3 lectures. PGN Included.

Chess Fans have said: Bryan: These two lectures on the Poison-Pawn you did are fantastic! Can you please do at least one more poison-pawn lecture to update where this opening stands today?