The Rise of Carlsen 2 DVD Set 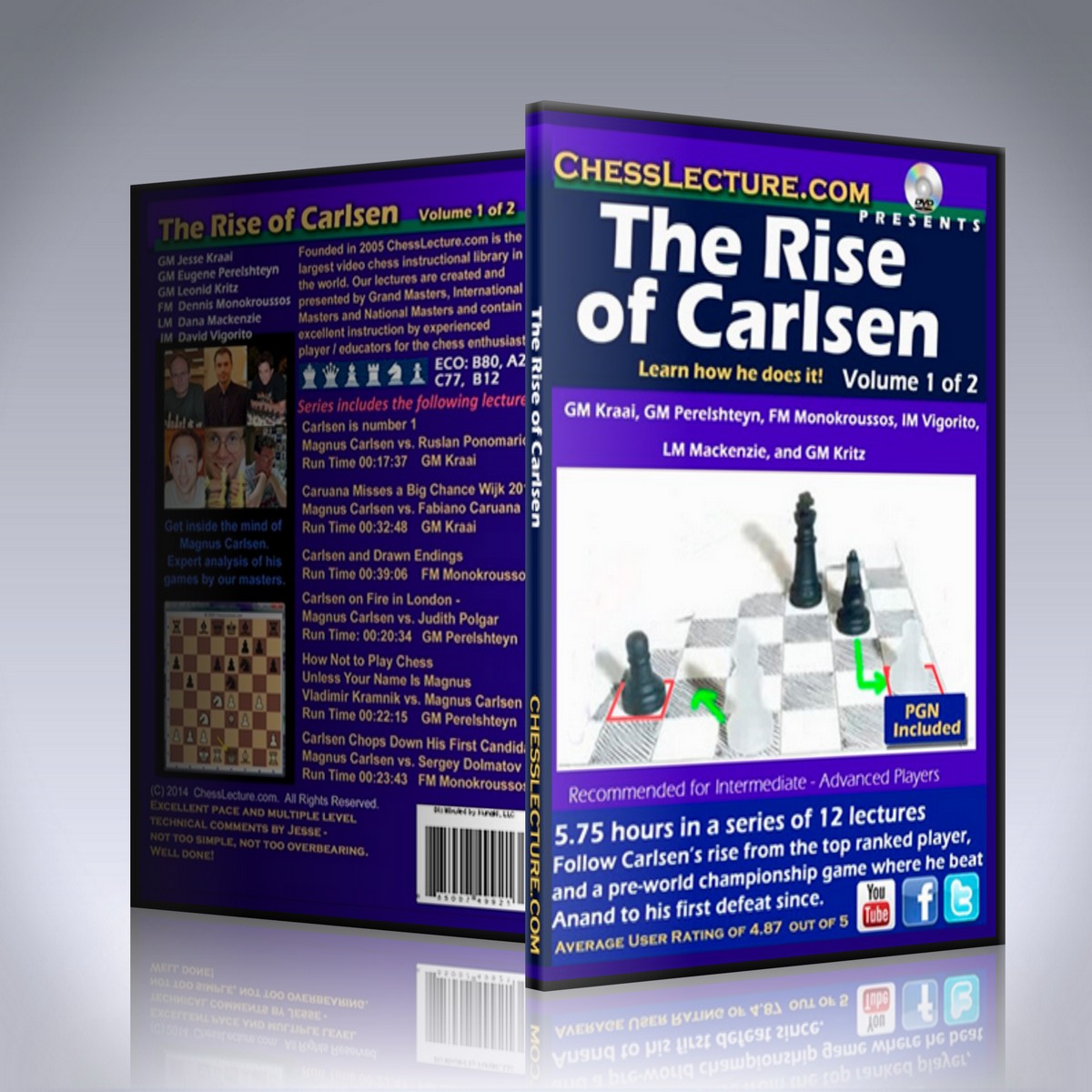 Sven Magnus Carlsen is a Norwegian grandmaster, the reigning World Chess Champion and the number 1 ranked player in the world with a peak rating of 2882, the highest in history. He recently became the first player ever to hold the world titles in classical, rapid and blitz chess at the same time! In this DVD you can follow Carlsen’s rise as he became the world champion through many games with his fellow top ranked grandmasters.

The Rise of Carlsen 2 DVD Set

Sven Magnus Carlsen is a Norwegian grandmaster, the reigning World Chess Champion and the number 1 ranked player in the world with a peak rating of 2882, the highest in history. He recently became the first player ever to hold the world titles in classical, rapid and blitz chess at the same time! In this DVD you can follow Carlsen’s rise as he became the world champion through many games with his fellow top ranked grandmasters. You’ll hear the expert analysis of the ChessLecture masters as they expose Carlsen’s methods, give you feedback on how he gets the edge against his stellar field of opponents and show you how he breaks with some current chess theory. We also feature an analysis of his first defeat since taking the world championship. What could catch this legend in the making?

Content: 311 minutes of instruction and analysis in a series of 12 lectures. PGN Included.

Chess Fans have said:  Very Excellent and eyebrow-raising lecture. Wonderful endgame technique from Carlsen and I certainly learned a thing or two. Carlsen is quite Fischer-esque in that he frequently plays on and makes his opponent PROVE the draw