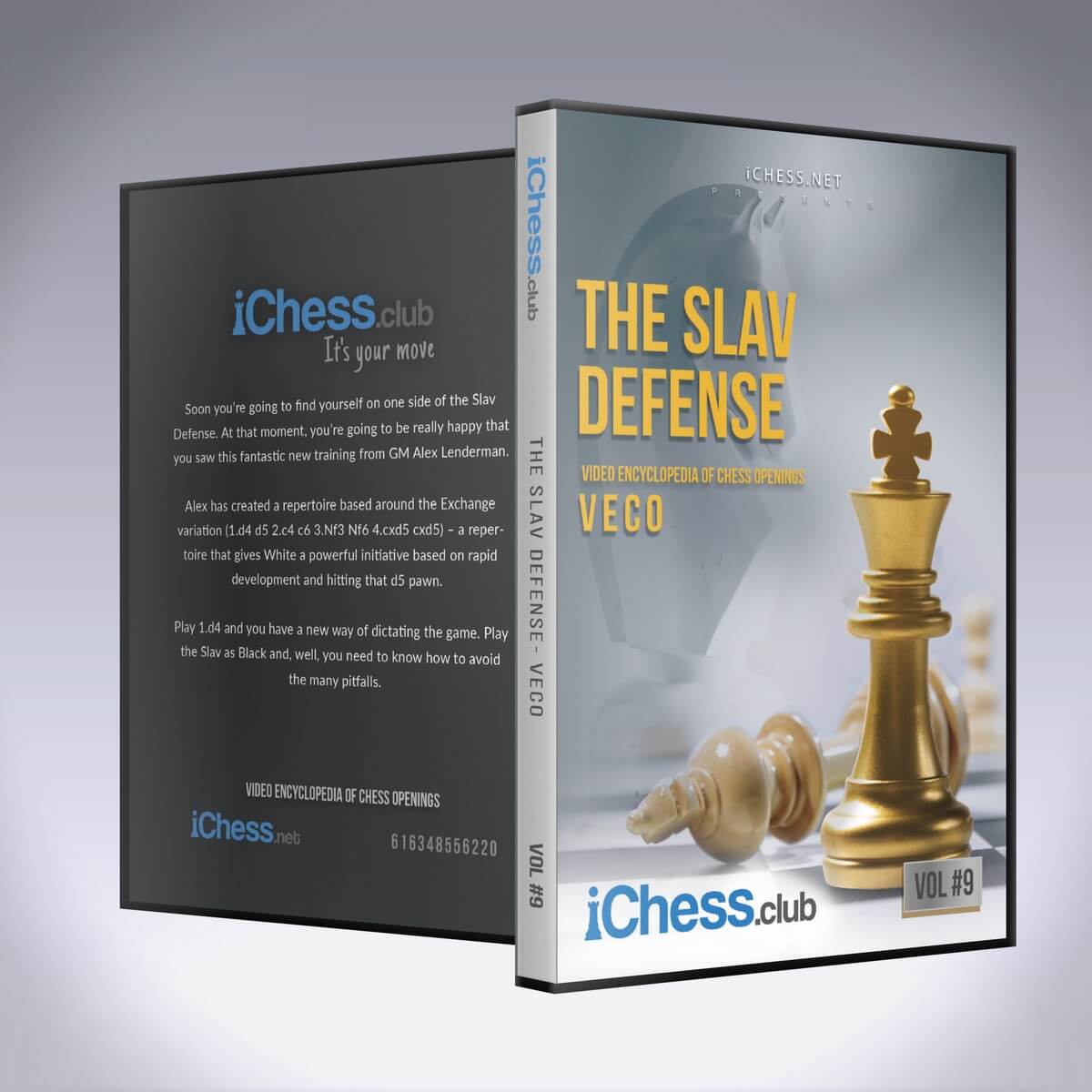 Alex has created a repertoire based around the Exchange variation (1.d4 d5 2.c4 c6 3.Nf3 Nf6 4.cxd5 cxd5) – a repertoire that gives White a powerful initiative based on rapid development and hitting that d5 pawn.

Alex has created a repertoire based around the Exchange variation (1.d4 d5 2.c4 c6 3.Nf3 Nf6 4.cxd5 cxd5) – a repertoire that gives White a powerful initiative based on rapid development and hitting that d5 pawn.

Play 1.d4 and you have a new way of dictating the game. Play the Slav as Black and, well, you need to know how to avoid the many pitfalls.

Lenderman played for team USA in the 2015 World Team Chess Championship in Tsaghkadzor and scored 5/7, winning the gold medal on the second board.

He won the 2015 World Open after beating Rauf Mamedov in an Armageddon playoff; the two had the best tiebreak among eight players who tied for first place with 7/9.

Why the Exchange Slav Defense?

In the Queen’s Gambit (1.d4 d5 2.c4 e6), exchanging pawns makes life easier for Black. They free their c8 bishop and can attack along the semi-open e-file.

In the Exchange Slav, it’s the c-file that is opened – and White can take advantage of this before Black can.

Plus developing those bishops becomes awkward: Black has to move the c8 bishop first, then play …e6 and only then release the dark-squared bishop – and White can take advantage of this with moves like Nc3 then Qb3 hitting d5 and b7.

Avoid all the complex Slav lines and dominate from move 3!