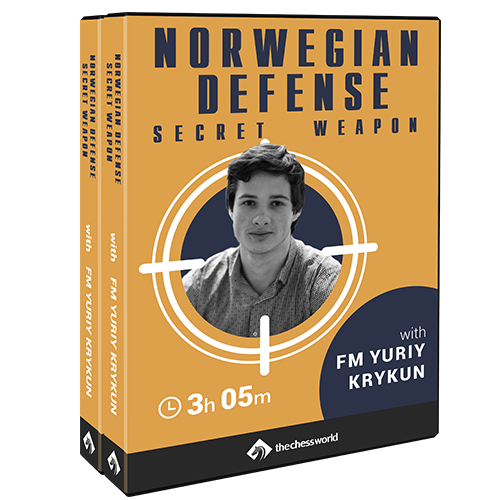 How Carlsen has been quietly crushing strong GMs with this system!

Magnus Carlsen plays a LOT of openings, but there is just one that was literally NAMED after him.

And this super rare opening which many think is totally unsound, has brought him crushing wins against “booked up” giants like Caruana and Anand... much to their shock!

The Norwegian Defense makes it seem like you’ve played a Pirc Defense, but “forgotten” to play ...d6! and many players will try to “punish” this mistake.

Here's one sample line for you with Carlsen’s sneaky pawn sacrifice idea. 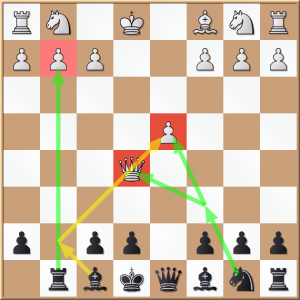 Тhis opening isn’t for you if you just want to play solid, positional chess with no risk.

BUT... If you want to get positions where there’s...

...then this is the PERFECT opening for you. Especially at the non-master level, it’ll be DEADLY!

So if you’re ready to learn this opening and start CRUSHING the poor souls who try to “refute” it, our friend FM Yuriy Krykun has a brand new course for you.

In The Norwegian Defense Secret Weapon, it’ll take just 3 hours of HD video lessons to show you exactly how to play Magnus’ secret opening...AND you get a complete PGN file of all the theory.

Sounds like YOUR new secret weapon too, huh? Let’s get started.

In The Norwegian Defense Secret Weapon it’ll take just  3 hours of HD video lessons to show you exactly how to play Magnus’ secret opening...AND you get a complete PGN file of all the theory too.

is a Ukranian FIDE master and member of the National Team with ELO of 2372 and 2 IM norms. He played in many National and International tournaments, winning over 10 medals. Bronze medal winner in European U18 Championship. Full-time chess player, coach, and author of multiple publications.

You must be thrilled with this purchase, and it must transform your chess the way I state in this letter, or I don’t want your money. Try it out and if you don’t agree that it’s an amazing program we will find a way to make this right!