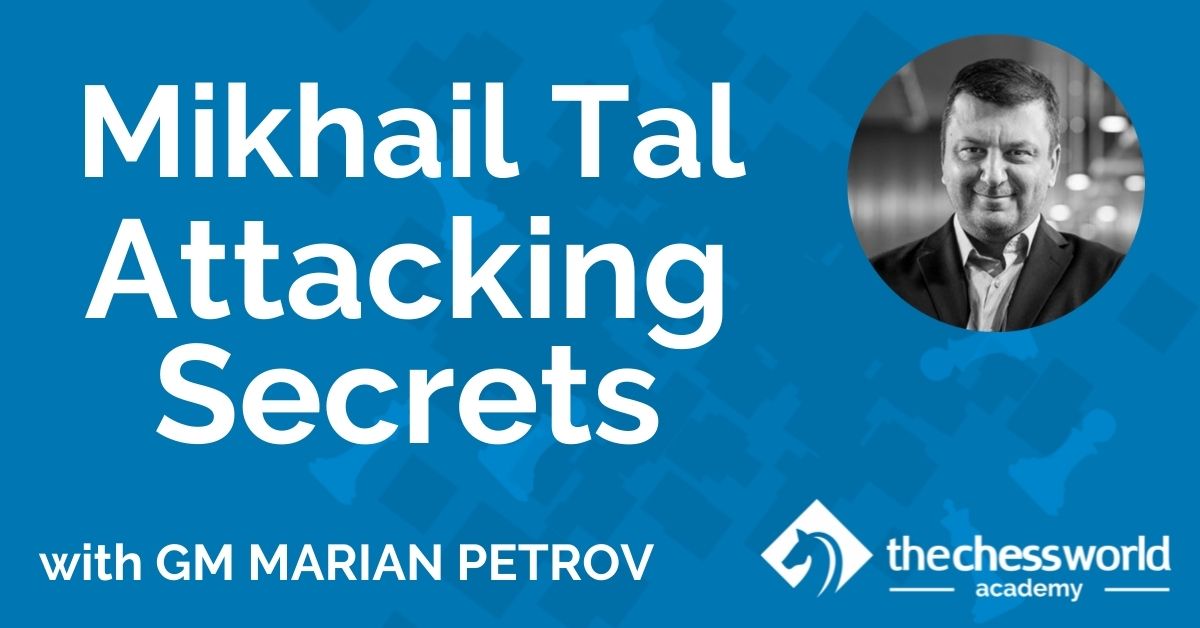 Mikhail Tal’s style of playing was maniacal, but there was a method to the madness. Many of his tactical combinations were unsound, but they worked in his hands!

The psychological pressure that he created on his opponents, his brilliant feel for the initiative, and his ability to maintain the momentum, threats after threats, with insane sacrifices and crazy king hunts…

Let’s say that replicating his style is one of the most arduous tasks in the world. And this 3+ hour video training aims to do that for you.

GM Marian Petrov is here to go through some of Tal’s best games and show what an attacking monster he was, right up there with Alekhine and Kasparov.

Petrov decodes the brilliant tactical combinations, the seed ideas behind them, and how Tal worked toward them from almost any position on the board.