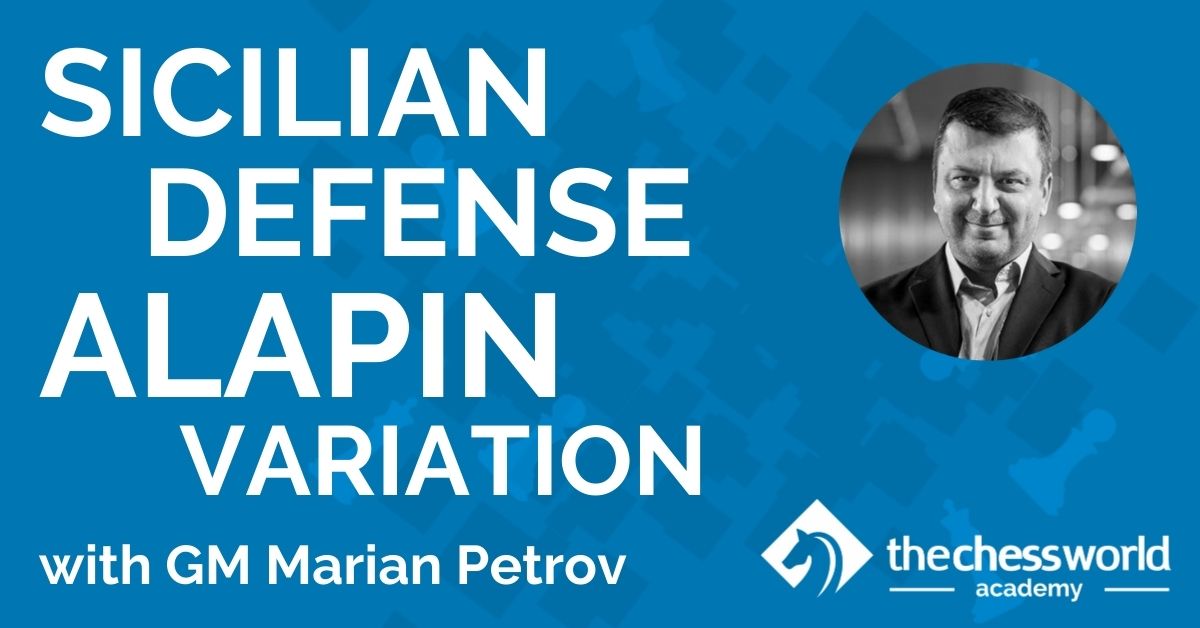 In Tata Steel Masters 2020, Jordan Van Forest was the lowest-rated chess player in a pool of 2700+ Elo “sharks”.

He knew that they would be out for his blood. To hold his own against these apex predators over the chessboard, he needed a weapon, sharp and powerful enough to put a dent on the play of even a Super-GM…

After hours of preparation with this second, GM Johan-Sebastian Christiansen, Norway’s number three, he did find the one he was looking for.

How did it go? After 13 rounds of action, finally when the dust settled, he stood 4th among hundreds of top players including ahead of Anish Giri, Vishy Anand, Artemiev, and Alireza Firouzja.

Curious to know which opening he studied?

It’s the Alapin Sicilian that starts with 1.e4 and 2.c3 against Black’s 1…c5. And it’s one of the strongest and most reputable Anti-Sicilians out there.

If Forest can use it to crush the Sicilian and score 2.5/3 against 2700+ rated opponents, it is a must-have opening for your repertoire at your next tournament.

“What makes the Alapin Sicilian special?”

With 2.c3, White prepares for d2-d4 on the next move. Also, it stops the exchange of his own central d-pawn with Black’s c-pawn, thus denying Black his usual central control.

… but will also end up long-term strategic advantage that nullifies Black’s Sicilian ideas.

Want to learn the Alapin Sicilian and play high-pressure chess against Black’s 1…c5?

Count on GM Marian Petrov to demonstrate the accurate moves and must-know lines to convert your Alapin Sicilian attack into a full point.

Want to see a preview?

Two of the most common replies to White’s 1.e4 is almost always the symmetric 1…e5 or the ambitious 1…c5. That means if you are a King’s Pawn opening player, it goes without saying that you need to master this opening.

Not to mention that Black is essentially looking for a sharp, aggressive play with the Sicilian. The best way to prevent it is hit him where it hurts! That is, fighting the Sicilian advantage as directly as possible. That’s where the Alapin Sicilian comes in.