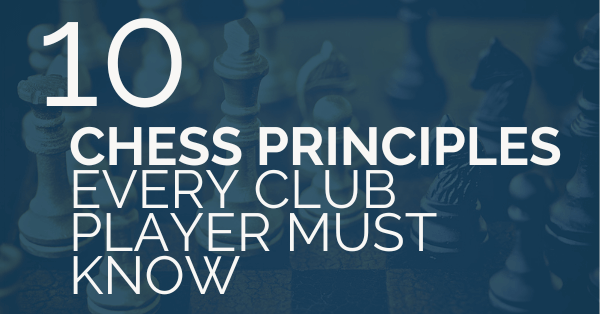 Chess Principles: It is impossible to learn all the chess openings, positions, and moves. There is also no need: such knowledge not only would be redundant but also take most of the joy out of the game. Instead, it is highly beneficial to learn chess principles that could help you find good moves in any position. The idea of finding such principles was intriguing to chess players of the past.

It was relatively unexplored territory, and the best players would spend much ink writing about their vision of the game and how one should approach it. They came up with many ideas; in this article, we will discuss those principles that every club player must know.

It seems like everyone knows how important it is to develop pieces quickly. Still, not everyone does that. Every day many people lose their games because they forgot about this principle or didn’t understand it properly in the first place. Quick development means that you should bring into the game all of your pieces as soon as possible. You shouldn’t play with one piece only, especially if it is the queen.

A common mistake is to start grabbing pawns in the early phase of the game and let your opponent enjoy a huge lead in development. For the same reason, it is also better to avoid unnecessary pawn moves.

The center is the most important area of the board. If you control the center, you are able to place your pieces actively, whereas your opponent’s pieces become restricted. The center can be controlled by pawns or pieces. Apart from this basic idea, let’s also mention that a reliable situation in the center is the key to a successful flank attack. If the center is shaky, a well-timed counterblow there would ruin any hopes for an attack.

The king’s safety is the most important factor in any position. You can have a lot of extra pieces, but there is no point in that if you are getting checkmated. Yet, we can often see players of different levels forget to castle. Another common mistake is moving pawns in front of the king. It may look active, but one should always carefully weigh such moves because they can easily backfire later. Usually, the king feels safe when there are three pawns and a minor piece in front of him.

4. Improve your pieces and worsen your opponent’s pieces

Your pieces should not only be placed actively but also help each other, and work together on fulfilling the same goals. It is also important to ensure they are safe and not exposed to any attack. This will restrict your opponent’s resources. Restricting the opponent’s pieces is one of the best strategies in general. It is what made players like Anatoly Karpov so unpleasant to face over the board.

Another interesting strategy is forcing enemy pieces to passivity. For example, you can attack a weakness in their camp. That would make their pieces go defensive and increase your advantage.

5. Knights on the rim

This principle is often associated with one of the strongest players of the past, Dr. Siegbert Tarrasch, who said: “Knight on the rim is dim.” If you know the above-mentioned principles, it is not hard to understand this one. Centralized knights control more squares and influence the board strongly. Finding central outposts for their knights is something everyone should aim for in their games.

Of course, exceptions to the rule exist; there are many situations when the knights are placed well on the edge of the board. Usually, it is when a knight is there temporarily and later will be maneuvered to a better square.

Another possible scenario is when the center is locked, so there are no better squares for a knight than on the edge of the board. Still, in most of the cases, Tarrasch’s principle proved to be correct.

6. Place your pawns on the squares opposite to your bishop’s color

It seems safer to put your pawns the way your bishop can protect them, but then the pawns would restrict your bishop and turn it into a bad piece. Instead, it is wise to place your pawns in the squares opposite the color of your bishop.

This way the pawns and the bishop will control squares of both colors and complement each other. 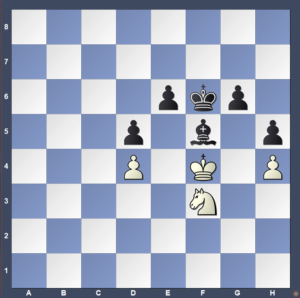 Here you can see that the pawns are placed on the squares of the bishop’s color. That helped White to control important dark squares – e5, f4, g5. Black can never get the control over these back, which means they can’t make any use of their two extra pawns. The engines think this position is deadly drawish – the evaluation is 0.00. 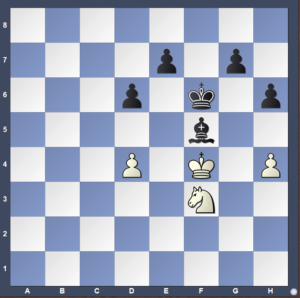 Now White’s king doesn’t feel that safe on f4 anymore; the knight lost the outposts and is restricted now. The engine evaluates this position as completely winning for Black.

7. Active king in the endgame

The king is a piece that needs care and protection in the opening and middlegame phases. In endgames, tables turn, and the king becomes a strong and dangerous piece. You can often see him walking right into the enemy camp to eat all the pawns there. Don’t forget to activate your king in the endgame – he is waiting for that for the whole game.

How do you win if your opponent defends their weakness with as many pieces as you use in the attack? How do you break the balance and shatter their fortress? In such situations, the two weaknesses principle comes handy.

The idea is simple and effective. You should create another weakness in the opponent’s camp and start attacking it too. It is possible to hold with only one weakness, but two issues are too much to bear.

Let’s look at an example from the legendary Alekhine’s practice. 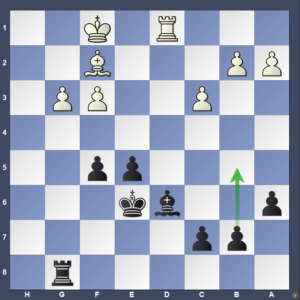 Earlier in the game, Black tried to break through on the kingside, but White easily stopped all the ideas there. This is why Alekhine decided to stretch their defense and open the second front. He started with 28…b5, and that eventually led to the following position: 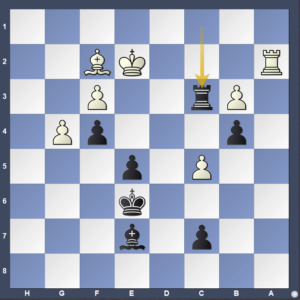 White didn’t manage to defend both flanks at the same time, and Black took over.

#9 To convert your advantage, trade pieces

Simplification is the most popular way of converting the advantage. If you have extra material, trade the queens, transfer into an endgame and win the game like Capablanca. Nevertheless, this explanation lacks some interesting details. Trading pieces down is not the goal itself; the idea is to reduce your opponent’s attacking potential and counterplay. Ideally, you should only trade your bad pieces for their good pieces. This way you will increase your advantage and have no issues converting it into a full point.

The defensive side, on the other hand, should aim for trading as many pawns as possible. This will create a lot of drawing possibilities. Let’s illustrate the idea with the following positions: 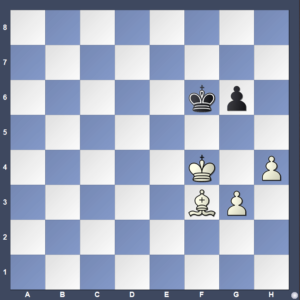 In this position, White is easily winning. They will eat the g6-pawn soon and promote the connected passed pawns. 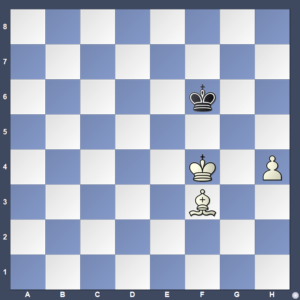 This is now a theoretical draw. Black only needs to shuffle the king around the corner to achieve it. White’s extra bishop is now useless; with many pawns on the board, it would target and collect them. Basically, Black got rid of their potential weaknesses. Let’s also mention that when White advances the pawn till the end, it usually leads to a stalemate. That is another important point behind trading down pawns: it enables stalemate ideas.

Want to know more about Chess Principles? Look at the 6 Most Important Ones.