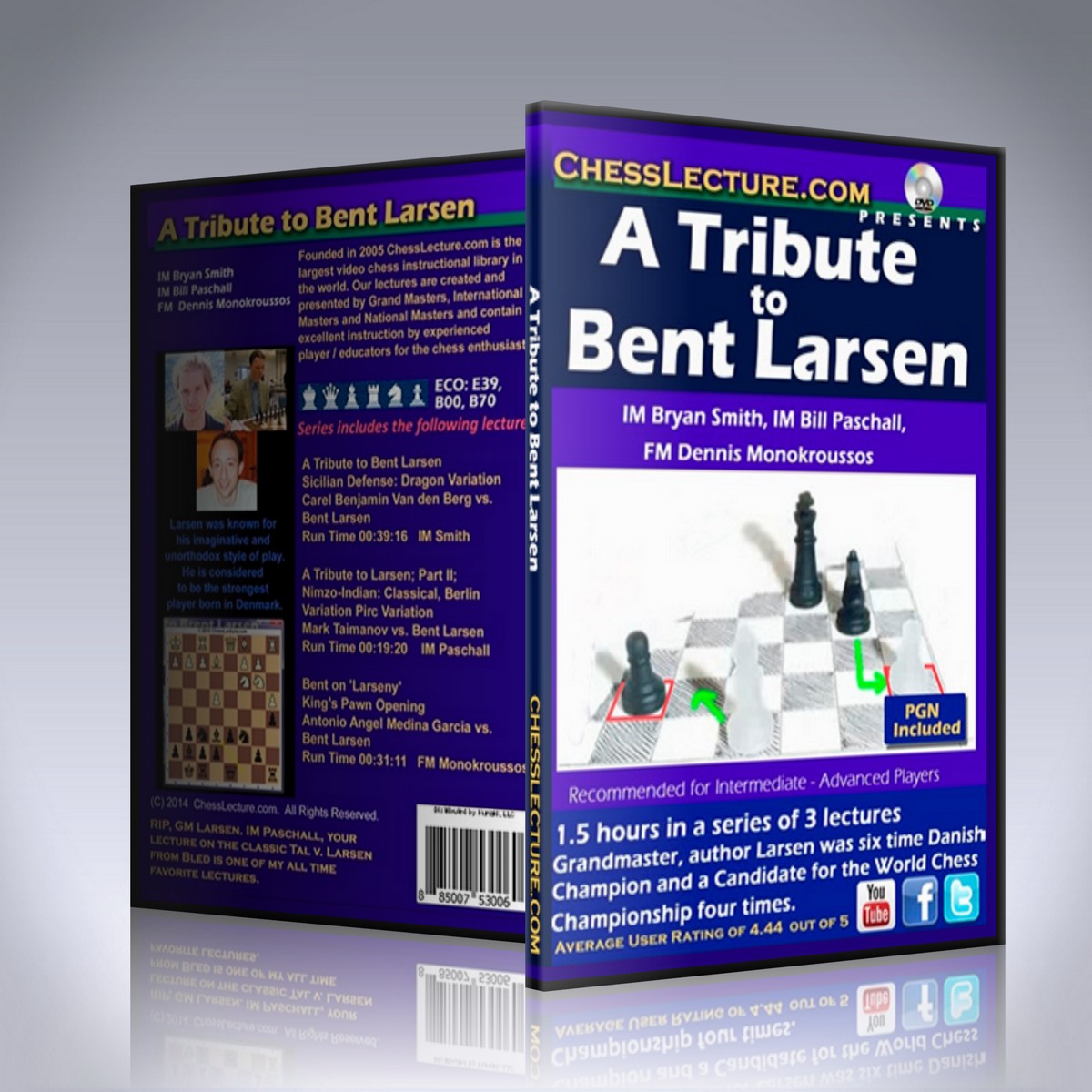 Jørgen Bent Larsen (1935 – 2010) was a Danish chess GrandMaster and author. Larsen was known for his imaginative and unorthodox style of play, and he was the first Western player to pose a serious challenge to the Soviet Union’s dominance in chess. He is considered to be the strongest player born in Denmark and the strongest from Scandinavia until the recent rise of Magus Carlsen.

A Tribute to Bent Larsen

Jørgen Bent Larsen (1935 – 2010) was a Danish chess GrandMaster and author. Larsen was known for his imaginative and unorthodox style of play, and he was the first Western player to pose a serious challenge to the Soviet Union’s dominance in chess. He is considered to be the strongest player born in Denmark and the strongest from Scandinavia until the recent rise of Magus Carlsen. As a six-time Danish Champion and a candidate for the World Chess Championship four times, Larsen reached the semifinal three times. Larsen had multiple wins over all seven World Champions who held the title from 1948 to 1985 including Botvinnik, Smyslov, Tal, Petrosian, Spassky, Fischer and Karpov.

Content: 89 minutes of instruction and analysis in a series of 3 lectures. PGN Included.

Chess Fans have said: RIP, GM Larsen. IM Paschall, your lecture on the classic Tal v. Larsen from Bled is one of my all-time favorite lectures.