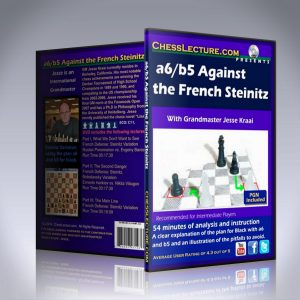 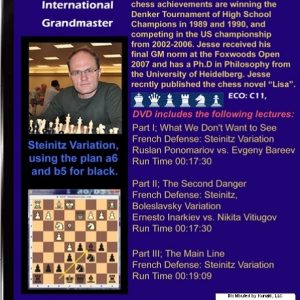 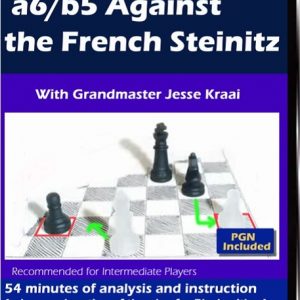 a6/b5 Against the French Steinitz

Content: 54 minutes of instruction and analysis in a series of 3 lectures. PGN Included.

Chess Fans have said: I’ve been looking forward to the continuation of this series and was not disappointed! Great stuff, Jesse.